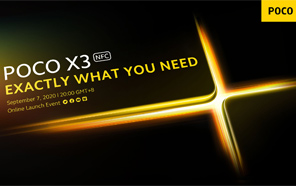 Xiaomi POCO X3 NFC Might Be the First True POCO After the Pocophone F1, Launches on September 7

Xiaomi spun off the POCO sub-brand into its own entity to enter markets outside of China — particularly Europe and the flagship bracket in India. But ever since the original Pocophone F1, all subsequent releases from this sub-brand have been rebadged Xiaomi flagships. That might change with the upcoming Xiaomi POCO X3 which the company announced yesterday. 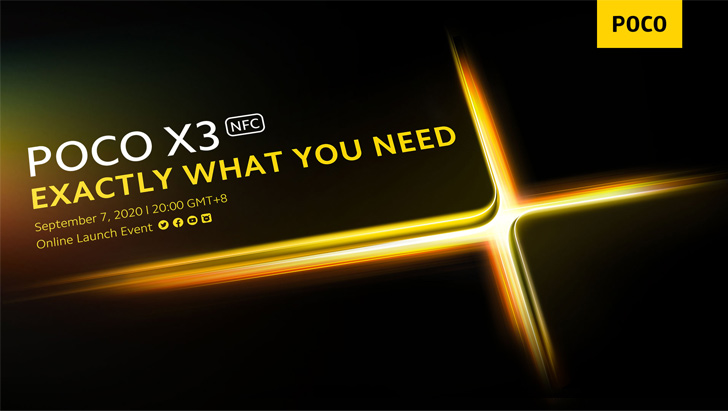 POCO, in collaboration with Qualcomm Technologies, will be bringing the Snapdragon 732G mobile platform to the market soon. Qualcomm says that the upcoming POCO X3, powered by the new Snapdragon chip, will redefine the standard price-to-performance ratio in the mid-range segment.

This is something Poco set out to do with their first ‘value’ flagship but pressed pause on through the previous few generations. At any rate, it would make Poco X3 the first true successor to the Poco F1. 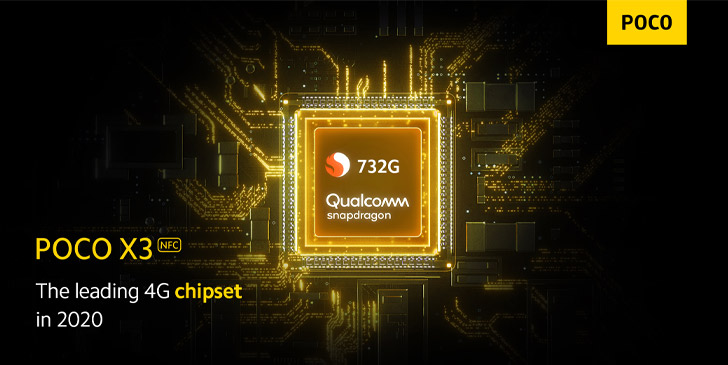 The new Xiaomi Poco X3 processor promises improved AI, ‘Elite Gaming’ features, and it doesn’t have to power a 5G modem, suggesting it’s geared towards high-end performance where you don’t have to break the bank. The handset will rank high on the Xiaomi Price list but beyond these details, POCO’s teaser campaign hasn’t revealed much. The phone’s model number was confirmed by a Bluetooth SIG certification. The same phone later popped up on Geekbench’s database, featuring 6GB of RAM. 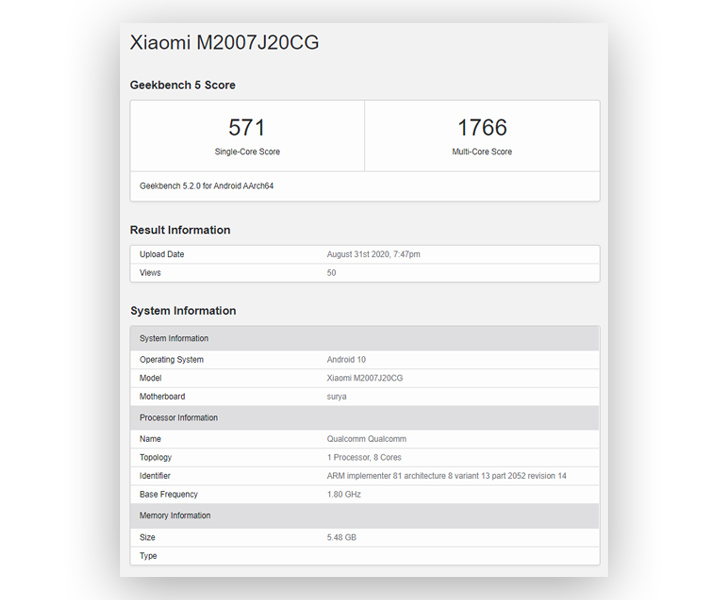 As per the listing, the Snapdragon 732G inside the Poco X3 is split into eight cores operating at 1.80GHz. The synthetic benchmarking puts the single-core performance at 571 points and the multi-core test at 1,766. But since Geekbench doesn’t account for GPU performance, these numbers alone won’t be a good metric to compare the new processor against its predecessor.

Poco’s social media specifies ‘NFC’ for the POCO X3, hinting there might be a non-NFC edition in the works too. We’ll know more once the phone goes official on September 7 via an online launch.