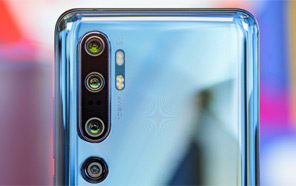 Courtesy of the Twitter account @xiaomishka, a live shot of the poster for the upcoming Xiaomi Mi 10, and Xiaomi Mi 10 Pro 5G have surfaced online, giving us a peek into the design of the duo’s front and back panels. Xiaomi Mi 10 Pro 5G is the first of 10 5G handsets that Xiaomi has scheduled for release in 2020. 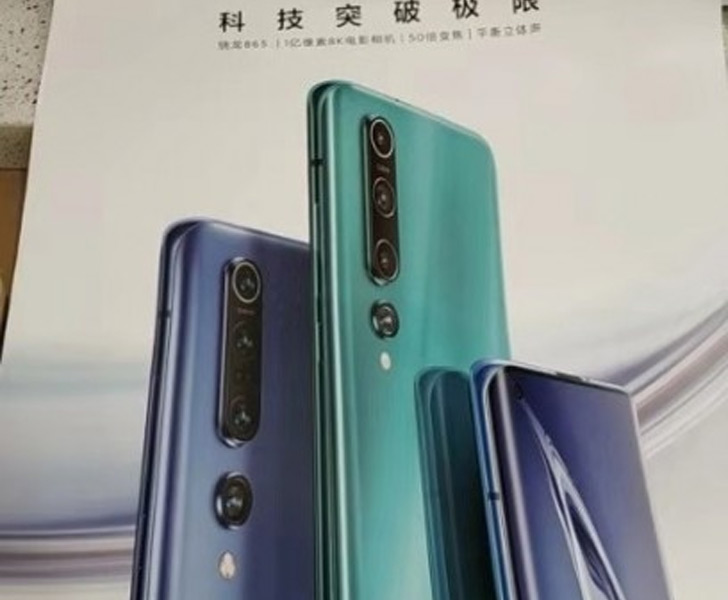 The price details and specifications for these two flagship models have already been leaked online, not to mention the possible hands-on images portraying the ‘Pro’ variant. In the poster pictured below, you can make out a curved edge-to-edge display, and a punch-hole selfie camera right at the top-left border.

Leaks point to a 6.5” OLED screen featuring a 90Hz screen refresh rate. Both variants share the same screen as well as the same Snapdragon 865 chip. The rear-shell also appears to be curved, sporting blue and sea-green hues. 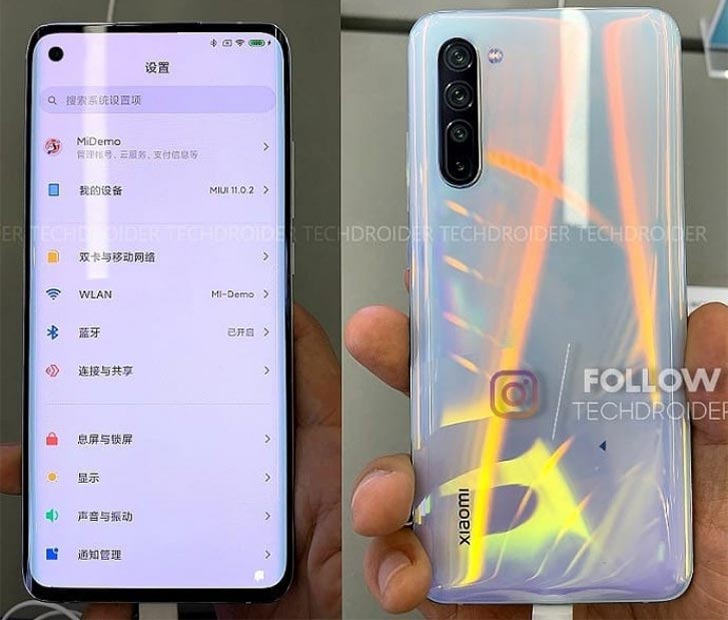 As for the optics, the lenses are housed in two separate camera bumps. On the top left, you have a vertically-stacked three-lens setup that protrudes out a bit. Below it sits a single lens in a circular housing and an LED flash which makes for a total of four cameras.

The primary shooter on the Mi 10 is a Sony-manufactured 64-megapixel IMX686 sensor -- the same lens that the Redmi K30 featured. The remaining three shooters are a 20-megapixel ultra wide-angle-cam, a 5-megapixel depth sensor, and a 12-megapixel telephoto lens. Speculation has it that the quad-cam setup will support up to 30X digital zooming. 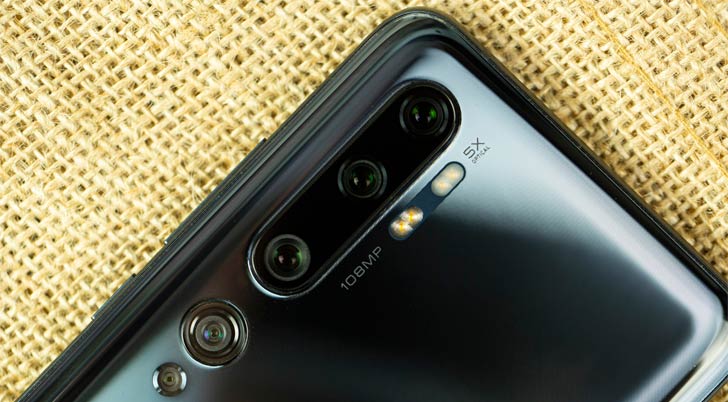 The Mi 10 Pro, on the other hand, will debut with a 108-megapixel primary camera, a 48-megapixel ultrawide lens, an 8-megapixel depth sensor, and a 12-megapixel telephoto snapper. The setup promises up to 50X hybrid zoom.

The Mi 10 Pro will be powered by a 4,500 mAh battery that supports up to 66W fast-charging, while the base variant maxes out at 40W.