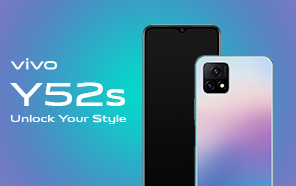 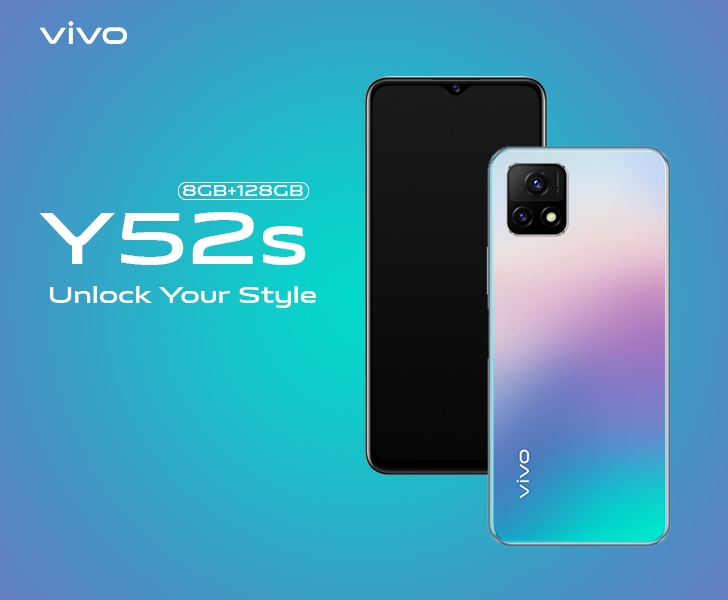 The Y52s succeeds the Vivo Y51 series, which also features the 5G-powered Y51s. It’s listed under the model number ‘Vivo V2057A’ on China Telecom’s product library, 3C, and TENNA databases. The renders published along with the certifications show an all too familiar design. You’re looking at the ‘big eye’ camera design, rounded off with a multi-hued gradient aesthetic.

Vivo has introduced this design language with several flagship and premium mid-range phones already. It’s a much cleaner, more polished look. But, And the aluminum and glass build the Y51 had, has been replaced with a generic plastic one. 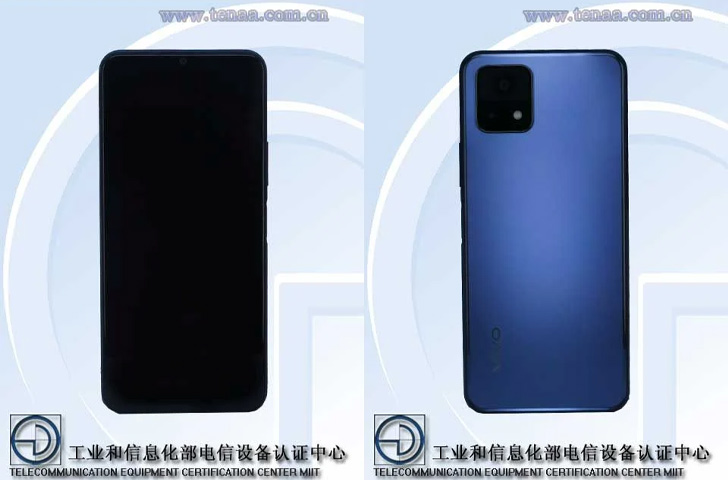 Inside the boxy camera plate of the Vivo new model, we find two cameras and an LED flash. One of them is a standard 48MP sensor, and the other, a 2MP sensor. The 8MP selfie camera is embedded in a notch bleeding into the screen. It’s a 6.58” IPS LCD panel with a 1080P resolution (downgraded from an AMOLED panel that the previous-gen Y51 had). You get a side-facing thumbprint scanner instead of the in-display variety. 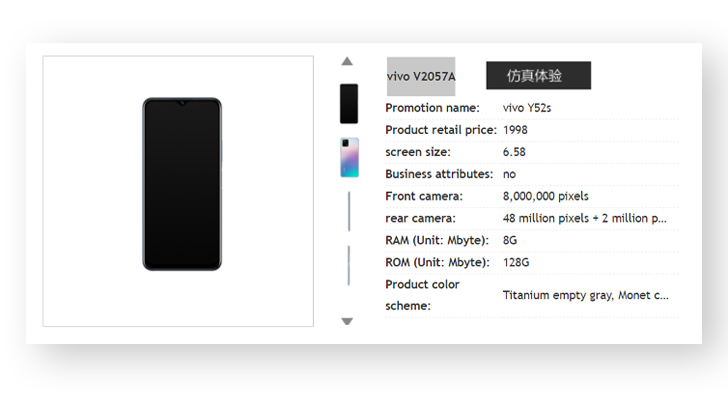 The upgrades mostly come in the form of internal hardware. The 4GB of memory has been doubled to 8. And the Snapdragon 665 chipset gives way to a faster MediaTek Dimensity 720 processor. Even though Vivo’s new OriginOS is out, the company will be shipping the Y52s with the previous-gen Android10. The 4500 mAh battery has been upped to 4,910 mAh. The 128GB base storage remains the same.

Lastly, the new phone is launching on December 10, starting from 1998 Yuan (~ Rs. 49,000). It’ll come in Titanium Gray, Monet, and Color Sea editions. No word on the global launch timeline as of yet.