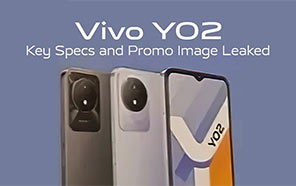 Allegedly, Vivo has another budget catalog phone in their pipeline that could deploy soon. The newcomer's supposed name is Vivo Y02, sibling to the chain's 3-month-old addition Y02s, and successor to March released Vivo Y01 (both of which are available in Pakistan). 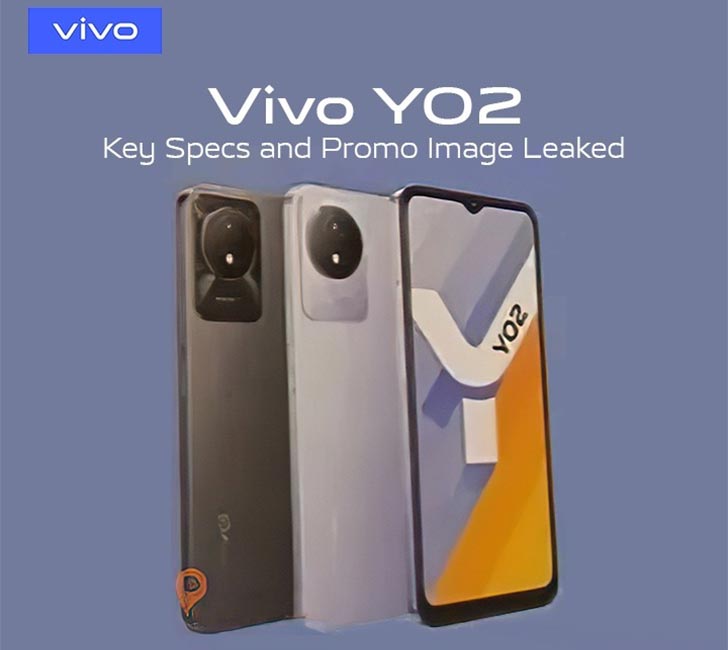 For the latest story, a camera-captured live shot of a promo image belonging to Vivo Y02 is doing rounds on the internet. The picture exhibits a newly forged camera design for the phone, which doesn't often happen with ultra-budget phones. And yes, this device will be in the ballpark of the Vivo Y02s in terms of price.

Thanks to the folks at the Passionategeekz site, we now have the early preview of Y02's feature sheet. Reportedly, a 6.51-inch IPS LCD screen spans the front of Y02 with HD+ resolution (720 x 1600 Pixels). The edge-to-edge preview has a slightly intrusive v-notch followed by a raised black chin. Since the footprint mostly aligns with Y02s, it won't be surprising if it boasts similar screen stats.

Powered by the Helio P22 chip, the new Vivo budget mobile might only feature a partial Android version, AKA Android 12 Go edition. It's a lightweight UI designed to run on low-specced phones. The processor teams with 2GB RAM, 32GB of storage room, and a 5000mAh battery rated for 10W charging speed.

The disc-shaped protruded silo on the back houses a small 8MP primary sensor paired with a flash. Under the V-notch, a 5MP shooter helps with the selfies. Y02's spec sheet clearly states that "it's all about design." According to Guglani, the phone's cost should be similar to its parent, Y01. Fingers crossed, if it goes official in Pakistan, the fluctuating dollar prices will dictate the "Y02" PKR tag, placing it close to the Vivo Y02s price in Pakistan.