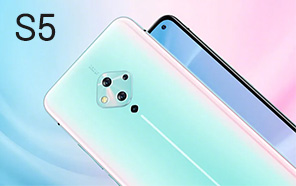 As noted by WhatMobile in an earlier post, we’re only two days from the official unveiling of the Vivo S5, which is rumored to arrive with a beefier sibling -- S5 Pro. We already have a few details on the design of this lineup. Early renders reveal a punch-hole-style housing for the front-facing selfie cam, combined with a characteristic protruding diamond-shaped housing for the rear-camera-modules. The back panel had a pink-to-blue gradient design but a fresh set of renders have been sighted which reveal another color variant for the S5. 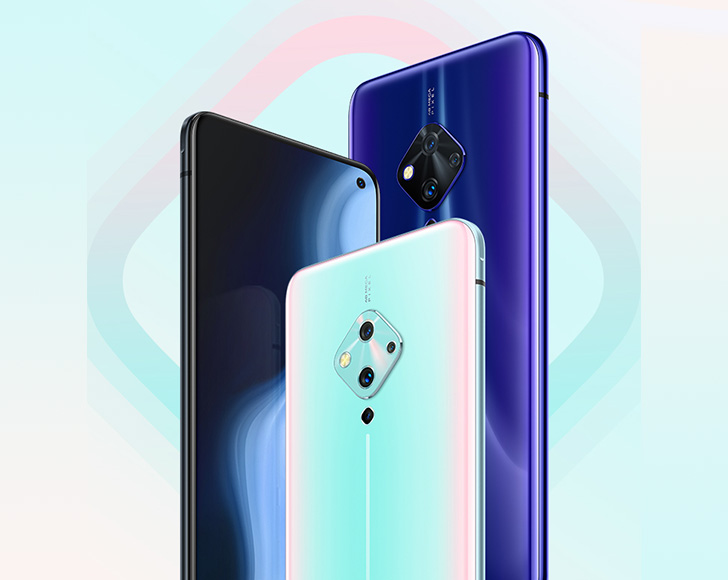 Pictured below, you’re looking at a deep glossy blue finish on the back of the Vivo S5, in addition to the aforementioned hue that blends pink and light blue. The camera design on the back panel remains the same, with the only difference being the deeper blue bordering the housing.

In the same vein, you’re looking at an identical lens arrangement -- 3 lenses and a flash inside the bump, while the remaining fourth one resting right underneath the jutting module. The primary shooter of the four produces up to 48 MP and is paired with an 8-megapixel ultrawide angle lens, a 5-megapixel depth lens, and a yet-to-be-confirmed 2-megapixel sensor. There’s no fingerprint reader visible on the back panel or either side, which points to an in-display fingerprint scanner. 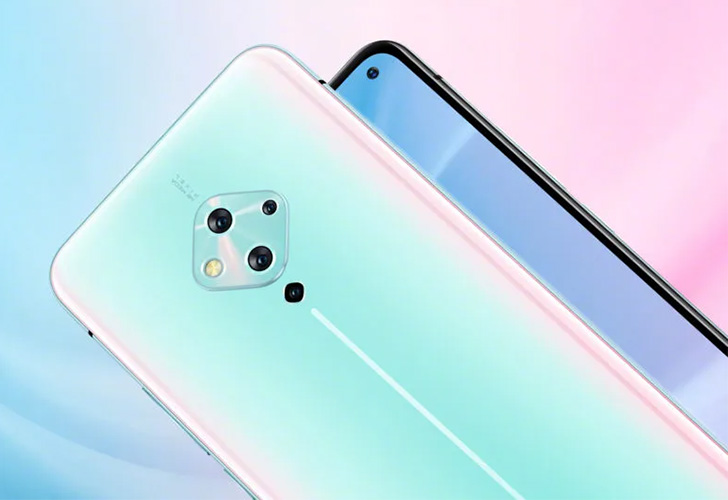 Beyond these details, we only have credible rumors for two S5 variants bearing model numbers, V1932A/T and V1945A/T. The former handset is tipped to sport an FHD+ AMOLED display that measures 6.44 inches, along with the selfie-camera-holding punch-hole. 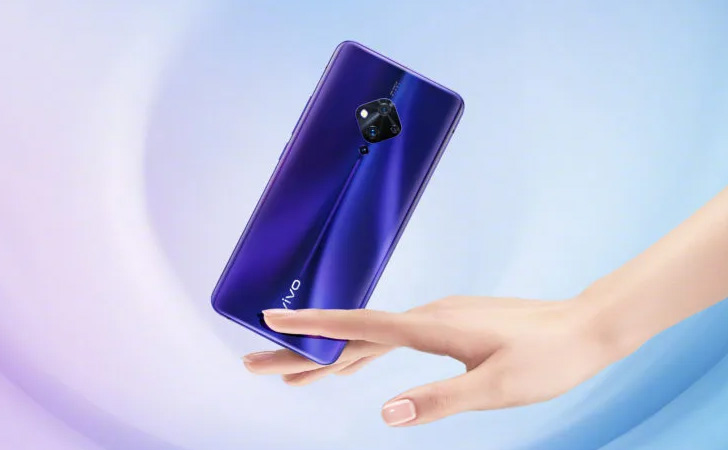 Under the hood, this variant runs on a Snapdragon 712 chipset, rounded off by 8 gigs of RAM and 64GB/128GB of native storage. This arrangement will be powered by a 4010 mAh battery with support for up to 22.5W fast-charging. One of these variants is said to be the standard S5 and the other one is claimed to be the Vivo S5 Pro.

Vivo has confirmed that it’ll be launching the lineup on November 14 and the Chinese as well as the Russian markets will be the first where the S5-series land. Then maybe later onto India, Pakistan and other countries. 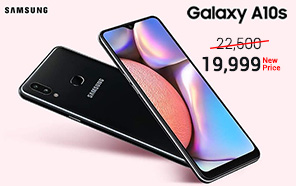