A local source has just reported that Infinix will be cutting the price off of one of its popular models in Pakistan -- the Infinix S5. The whole S5 trio will be eligible for the discount including Infinix S5 6GB, S5 4GB & the S5 lite variants, making this already-affordable smartphone lineup, an even sweeter deal. Here’s everything you need to know. 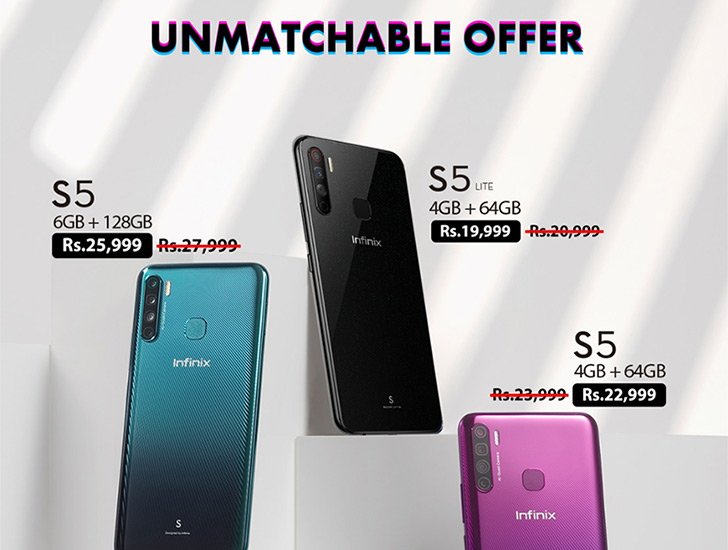 Let’s kick things off with a more affordable variant -- the Infinix S5 lite. As the moniker ‘Lite’ gives away, the phone is a marginally downgraded rendition, but it shares its design language with the base version. 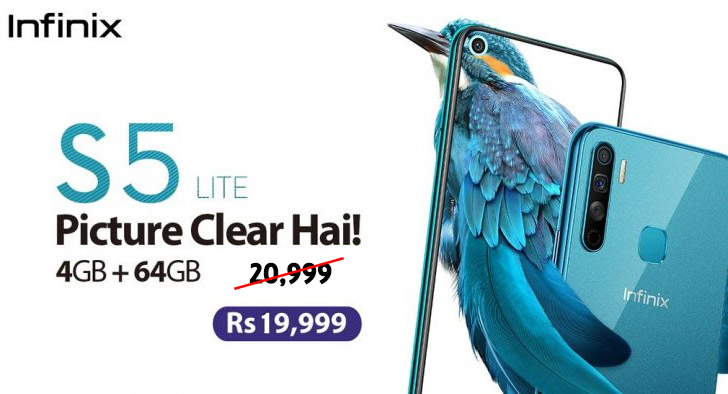 For capturing selfies, the phone features a 16-megapixel AI-augmented snapper. The rear-lens configuration also includes a 16-megapixel AI triple camera. It is powered by a 4,000 mAh cell and an Android-Pie-based XOS 5.5. You can pick from Quetzal Cyan, Violet, and Midnight Black color options. 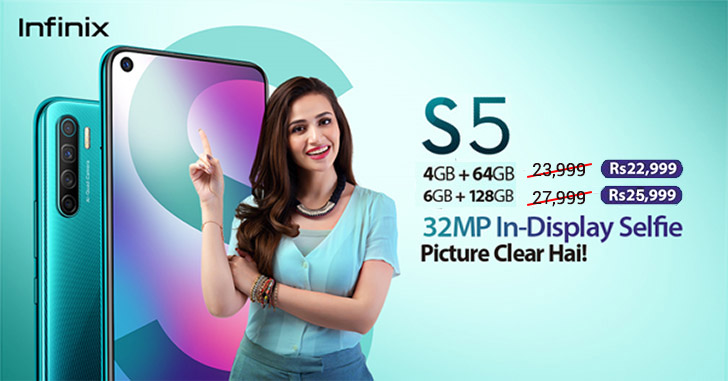 You’re looking at a 6.6-inch Infinity-O display that sports a 90.5% screen-to-body ratio and produces an HD+ resolution. Housed in the top-left corner is a punch-hole-housed camera. The top and side-bezels are trimmed off to the edges, but the chin remains a bit heavier than the rest.

There’s a quad-camera setup in a vertical layout, mounted on the rear panel, with a fingerprint scanner flanking it. The primary lens here is a 16-megapixel unit, alongside an ultra-wide-angle shooter, a depth field senor, and finally an AI lens. For snapping selfies, you’re looking at a 32-megapixel In-display camera. That's pretty much it for now, do let us know in the comment section if you like the new Infinix prices.