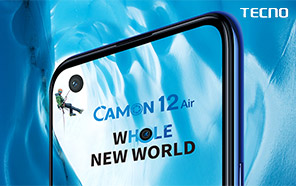 TECNO Camon 12 Air with a Punch-Hole display & Big memory will be unveiled in Pakistan on October 21st.

Tecno has been slowly cementing its position as an entry-level smartphone brand in Pakistan and true to its form, its latest budget offering – the Camon 12 Air might give many recent affordable phones, a stiff competition. 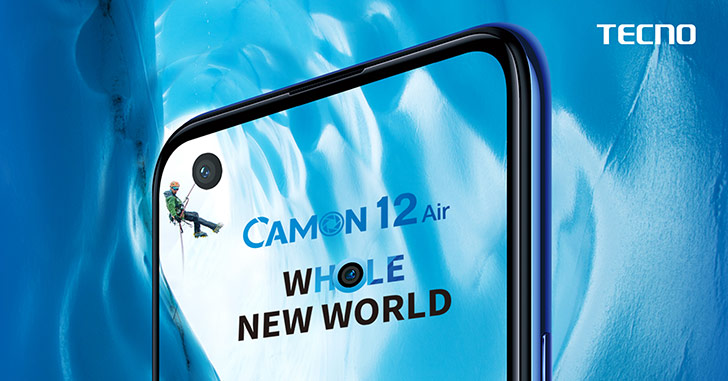 Tecno Camon 12 Air isn’t scheduled for release until the 21st of October but leaks have already started pouring, which, along with the official teasers give us a peek into what this non-flagship device brings to the table.

As per the official renders, the design of Camon 12 Air is anything but dull. You’re looking at a trendy punch-hole display, along with an eye-catching gradient scheme on the back panel. The 92 percent screen-to-body ratio is enough to give most budget smartphones a run for their money but unfortunately, its 6.5-inch display is a standard HD+ and not FHD. And while the side bezels are fairly thin, the chin looks heavier than the forehead. 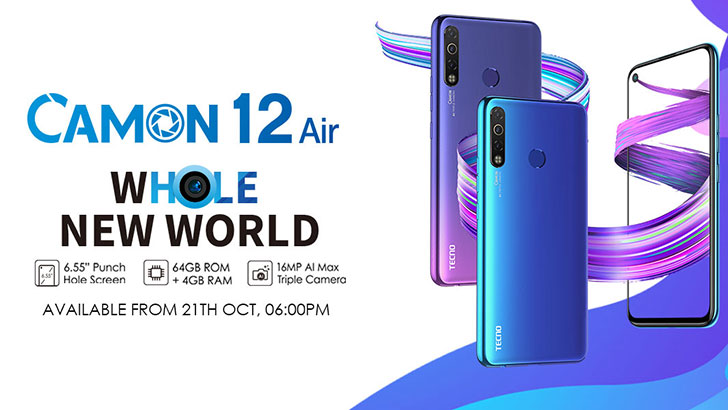 For the optics package, the phone sports a triple-camera arrangement with a 16 MP primary shooter, paired with a 2 MP depth sensor and a 5 MP ultra-wide snapper. You’ll also find a circular rear-mounted fingerprint reader sitting beside the vertical camera module. On the front, you have a modest 8 MP selfie camera housed inside the punch-hole.

No surprises in the internals department though. The phone runs on a MediaTek 6765 SoC combined with 4 GB of RAM and 64 GB of onboard storage. Powering this hardware is a 4,000 mAh cell but we couldn’t find any mention of fast-charging capabilities. All in all, Tecno promises a respectable performance and delivers on it – at least on paper. 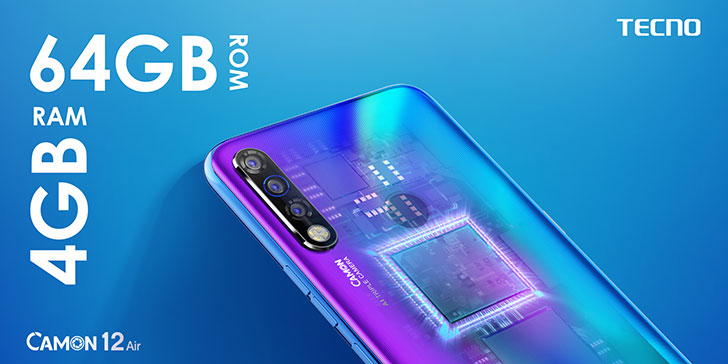 Out of the box, the phone touts Tecno’s HiOS 5.5 running atop Android Pie (9.0), but whether Tecno will roll out an Android 10 update for this device is still unclear. Credible reports point to a starting price of just 19,999 PKR – something impressive in its own right.

The phone is reportedly coming in two colors: Bay Blue and Stellar Purple and will be available on Daraz exclusively from 21st October onwards. Affordability, a gorgeous design, and the hottest features are the headline here. Do you find this smartphone up to snuff? We’ll be awaiting your comments down below!