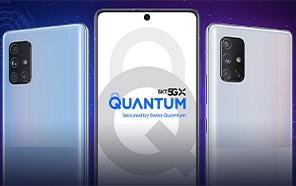 Samsung is coming out with a sequel to the Galaxy Quantum later this month. The phone was leaked in marketing posters and hands-on photos, giving us the launch timeline, features, and product images for the Samsung Galaxy Quantum2. 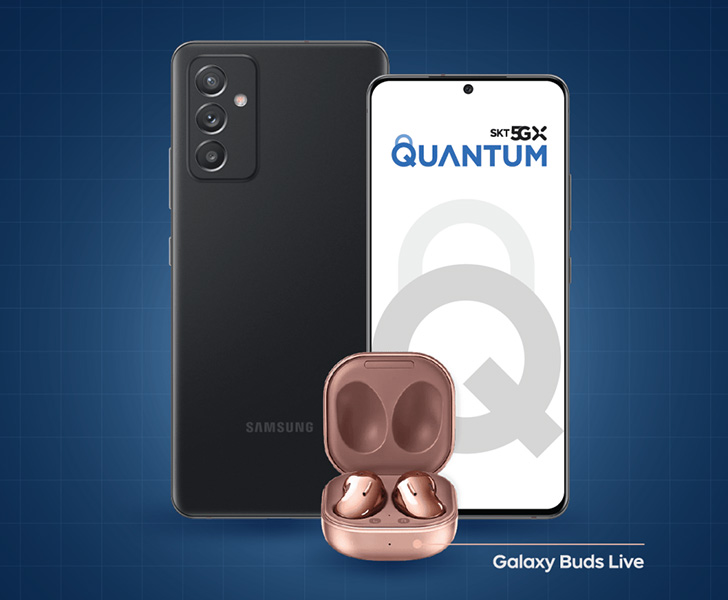 Courtesy of the South Korean blog, Naven.com, the promotional poster reveals that Quantum2 will go up for pre-order on April 13. With each pre-registration, Samsung is throwing in a free pair of Galaxy Buds Live. The phone launches on April 23.

Galaxy Quantum2 follows the design language of Samsung’s current Galaxy A lineup. We’re looking at a triple-camera array encased in rings and a squarish plate. The shell has a satin matte finish available in white and black shades. 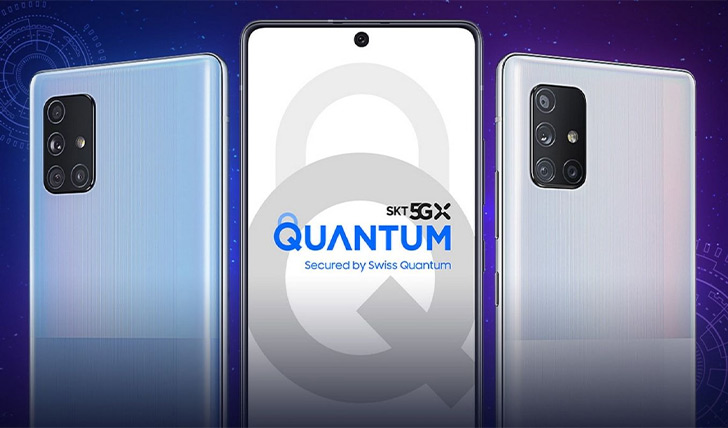 Out on the front, the screen is a 6.7” SuperAMOLED panel with a Full HD resolution at a smooth 120Hz refresh rate. Quantum2 has an optical fingerprint scanner embedded into the display. The new addition to the Samsung price list also features an IP67 rating against dust and water, Dolby Atmos-certified dual speakers, and a slot for storage expansion. 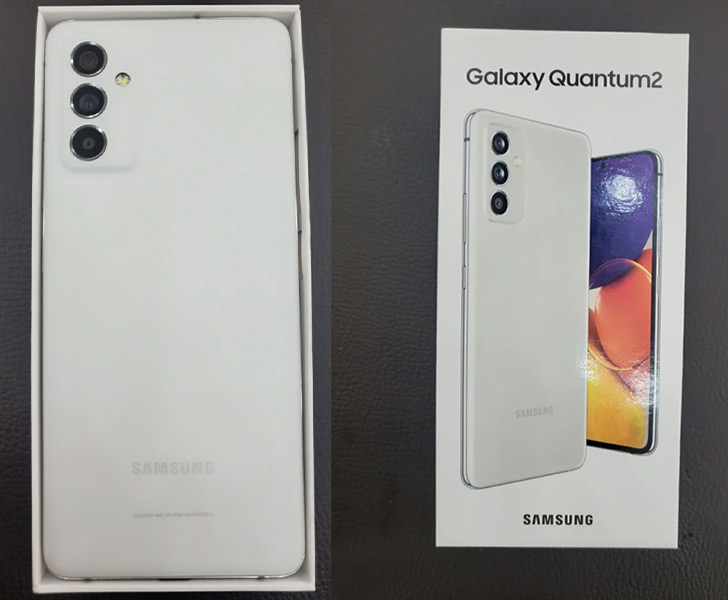 The primary camera uses a 64MP sensor, augmented with optical image stabilization. The other two lenses could be meant for ultra-wide and portrait modes, based on an educated guess.

Qualcomm Snapdragon 855+ is at the heart of the Galaxy Quantum2. You get 8GB of memory and 128GB of storage. It’s backed by a 4500 mAh battery that fast charges over 25W. Despite the 25W support, the charging brick in the box is limited to 15W of power.