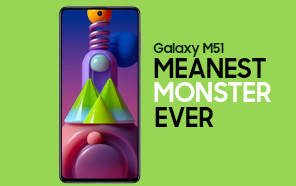 Samsung has a history of introducing radical features through its mid-range M or A series phones — its first quad-camera phone was the Galaxy A9 and the first notched device was the Galaxy M2. These innovations only make it to flagships once they’re polished and perfected. The smartphone-maker is experimenting once again with the upcoming Samsung Galaxy M51. 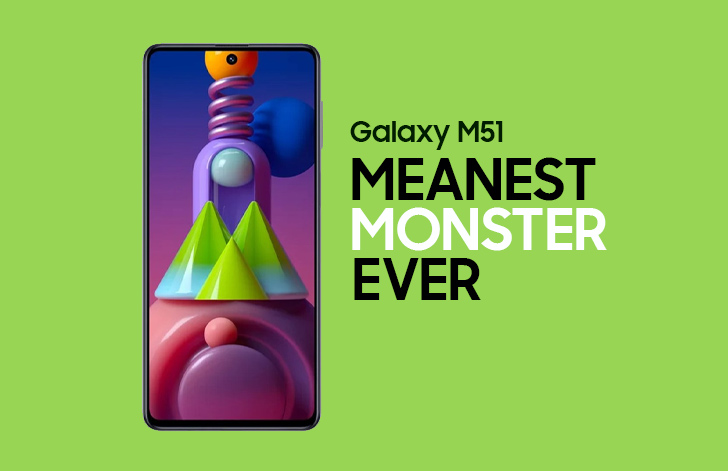 There has been an ongoing trend of competing for bigger battery capacity on the Chinese smartphone scene. With more and more brands going to the market with 6,000 mAh all the way up to 7,000 mAh batteries on budget devices, With Galaxy M51, Samsung is also hopping on the train with a mid-ranger of its own.

In a teaser trailer published yesterday, the Samsung M51 is advertised as the ‘Meanest Monster Ever’ with a ‘Monstrous Battery’. Several leaks had already suggested that the M51 a 7,000 mAh battery and the promotional campaign for this supposed beast of a phone doesn’t say otherwise.

The Samsung Galaxy M51 trailer is designed to let users 'fill in the blanks' and earn them a chance at winning the phone. Nothing about the Samsung mobile price yet but it does show a preview of the phone and its look and feel. You’re looking at a balanced Infinity-O design — a tiny hole punch in the center, encased in a SuperAMOLED Plus panel. It’s brighter and saves more power than Samsung’s traditional SuperAMOLED displays.

We’re also given a peek at the quad-camera which allegedly uses a 64MP standard sensor and the Qualcomm-made Snapdragon processor that powers the phone. The short Samsung trailer doesn’t reveal anything beyond that but the Galaxy M51 has been listed on Google’s Play Console listings. Titled ‘m51’, the sheet specifies the Snapdragon 730 platform and up to 8GB of memory.