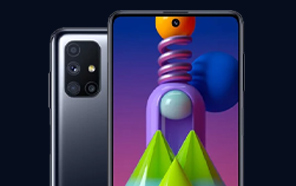 Samsung's flagships aside, the company has been relying on the A-series this year to introduce its current generation of mid-range and budget phones. But now that the A-series has closed out for the season, the manufacturer is shifting its focus to a new M-series entry, the Galaxy M51 (which itself debuted in Pakistan today with the Galaxy M11). 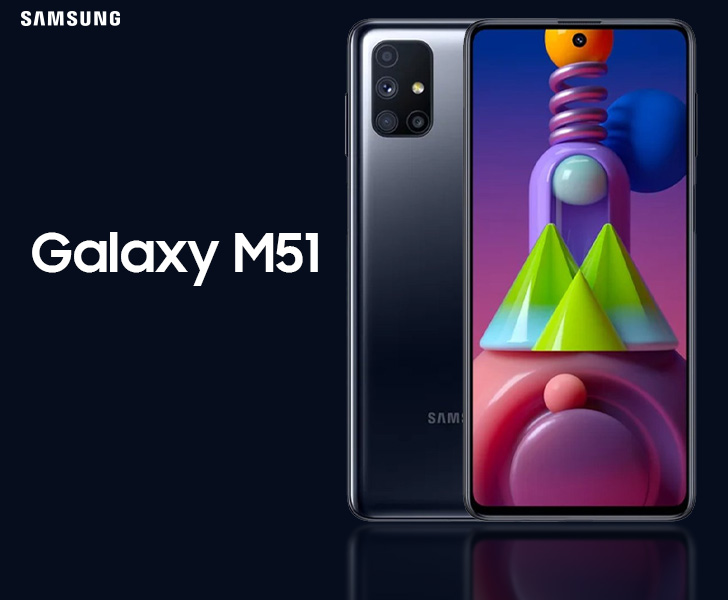 While there hasn’t been an official announcement, a webpage for Samsung Galaxy M51 support is live on Samsung Russia. From the specification sheet the phone leaker @Sudhanshu1414 has published, alongside the alleged renders for the device, the M51 is going to be a unique upper-mid-range from Samsung.

The model is highlighted by a ginormous 7,000 mAh battery, supported by 25W Samsung fast charging. Citing their own source, the leaker reveals that the Samsung Galaxy M51 has a Snapdragon 730G platform under the hood. The storage and memory details are anyone’s guess, but if these two features are any guide to the phone’s internals, we can expect a performance-heavy build.

It may have an "M" in its title, but the Galaxy M51 is a spitting image of the Samsung Galaxy A51 — down to the camera layout and screen design. This year’s signature L-style camera makes another return, featuring a 64MP main camera, a 12MP ultra-wide lens, a 5MP depth sensor, and a 5MP macro camera. The array is laid out inside a squarish jet-black camera island surrounded by a polished, minimalistic back that comes in the classic Black and White shades.

The Infinity-O display — bound inside the narrow bezels — is a SuperAMOLED panel that stretches 6.67” corner to corner, delivering an FHD+ resolution. Despite the SuperAMOLED screen, the fingerprint scanner is a physical one that rests within your thumb’s reach on top of the power button. The Galaxy M51 is seemingly designed to be a powerhouse and not the sleekest Samsung around. Its uncharacteristically big battery is squeezed into an 8.5mm thick frame that weighs 213g.