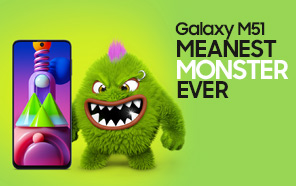 Following its release in Germany, the all-new Galaxy M51 is headed to other markets, including India and possibly Pakistan. The Samsung Galaxy M11 recently marked the debut of Samsung’s pocket-friendly M-series in Pakistan and WhatMobile expects the catalogue to grow once the Galaxy M51 lands. 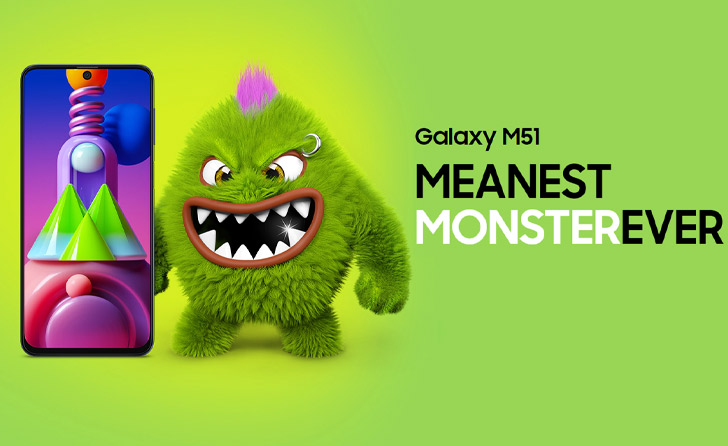 For our readers out of the loop, the Samsung Galaxy M51 is a performance first phone — the first Korean handset to feature a ‘monster’ 7,000 mAh battery. Capable of 25W Type-C Fast Charging and Reverse Charge.

The M51 promises up to 32 hours of video streaming and as much as 182 hours of music. The last-gen Qualcomm-made Snapdragon 730G mobile platform powers the device, rounded off with 6GB of memory and 128GB of storage. 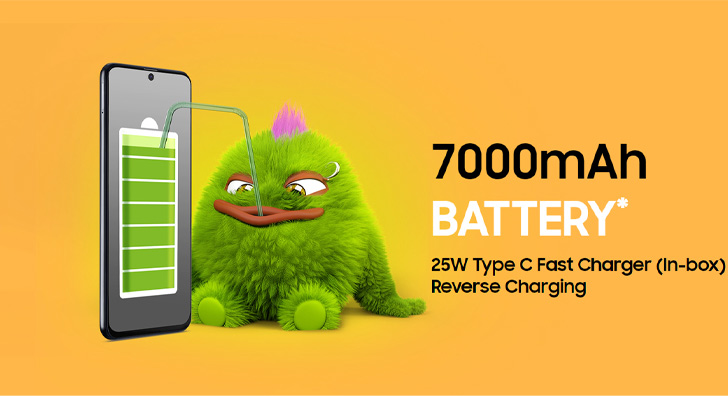 The Galaxy M51 screen is a tall 6.7” SuperAMOLED+ panel with a very prominent O-hole cut out in the middle. It reaches an FHD+ resolution at a standard 60Hz refresh rate, although most phones in the Samsung price list or even the other brands in the same price bracket would provide a higher refresh rate. It’s surrounded in slim bezels on all four sides and covered in Corning Gorilla Glass 3. 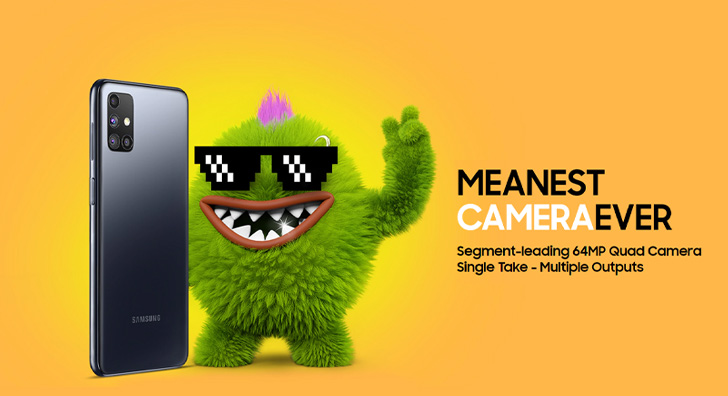 The back is plastic with a recycled design from the Galaxy A-series. We’ve only seen glass backs in Samsung’s most high-end flagships this season — even the standard Galaxy Note 20 has a polycarbonate shell. The rear-shell is smooth, curved, and comes in Black and Deep Blue editions. There’s a thumbprint reader mounted on the side.

Powered by Samsung’s latest image processing software and a 64MP ‘best-in-class’ camera, the quad-cam array includes two 5MP macro and depth-mapping sensors and a 12MP ultra-wide-angle sensor. Your selfies are captured by a 32MP lens. We expect the phone to start from Rs. 69,999. Its launch is slated for September 10 in India, hinting the Pakistani launching would also be not far off.