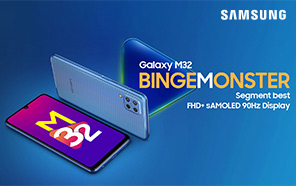 Samsung just launched the Galaxy M32 after a drawn-out promo campaign. The headline of the new M-series cousin to the Samsung Galaxy A32 is its segment-best, flagship-grade display. It’s paired with a massive battery to keep the binging going on for longer. Let’s take a look. 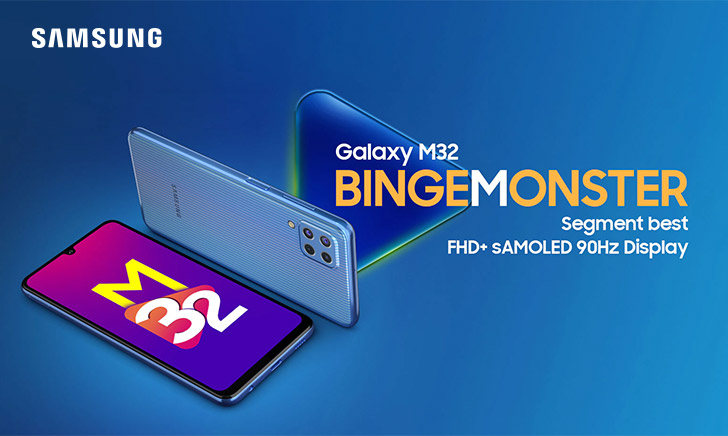 The Samsung Galaxy M32 made its debut in India, but it should soon be headed to other Asian markets, including Pakistan. It’s a budget phone featuring a 6.4” Infinity-U display. We’re looking at a SuperAMOLED screen that peaks at an eye-searing 800 nits of brightness and refreshes at a blur-free 90Hz. Despite its crisp 1080P OLED, the fingerprint scanner is mounted on the side of the frame.

The high refresh rate and resolution features are resource hogs, so the Galaxy M32 uses an oversized 6000 mAh battery. As per Samsung, a single charge is good for 24 hours of internet browsing or video playback and up to 130 hours of music streaming. 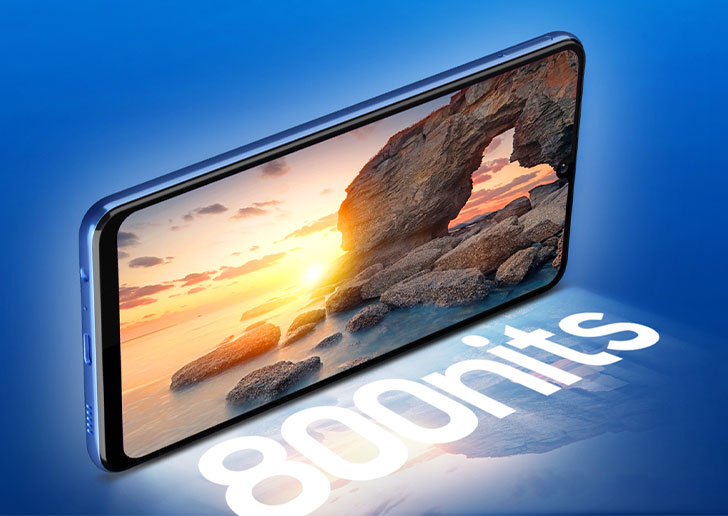 Galaxy M32 ships with a 15W quick-charger in the box, but the device supports up to 25W of power delivery at an affordable Samsung mobile price. 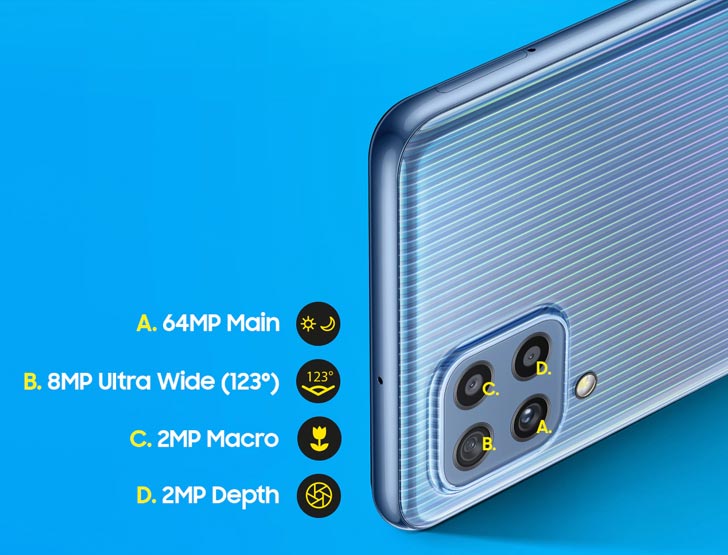 Galaxy M32’s camera is a versatile system. It features a 64MP wide lens, an 8MP ultrawide camera with a 123° field-of-view, a 2MP macro shooter for closeups, and a 2MP depth-mapping lens for portraits. The selfie camera housed in the notch has a 20MP sensor behind it.

For performance, the MediaTek Helio G80 is at the heart of the Samsung Galaxy M32, powered by the core edition of OneUI 3.1. You can pick from 128GB/64GB storage and 6GB/4GB memory options. The body, offered in black and blue shades, also contains a storage expansion slot and a 3.5mm audio jack. If converted to the Pakistani rupees, the base variant starts from Rs. 31,800. (exclusive of all taxes)