The Samsung Galaxy M32 is the latest addition to the brand’s budget-friendly Galaxy M-series. After being featured in a string of leaks and certifications, the M32 press renders were officially published on the Samsung Mobile Press website. Its spec sheet was also leaked online, leaving only the pricing up for speculation. 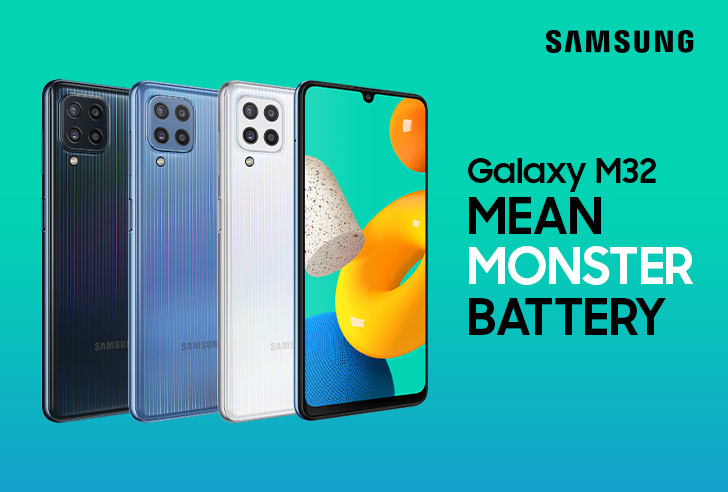 Ishan Agarwal partnered with 91Mobiles to bring us the feature set of the Samsung Galaxy A32's cousin. Mr. Agarwal notes that the M32 has a SuperAMOLED display with a crisp 1080P resolution. It’s surrounded by minimal, squared-off bezels, and a U-shaped notch that bleeds into the panel. It’s used to house a 20MP f/2.2 selfie camera.

Galaxy M32's shell, at 9mm depth and a weight of 196g, is hefty. It’s made of plastic with a stripey, almost shimmery finish. It’s available in Black, Blue, and White colors. A side-facing thumbprint reader pulls double duty as the power button. 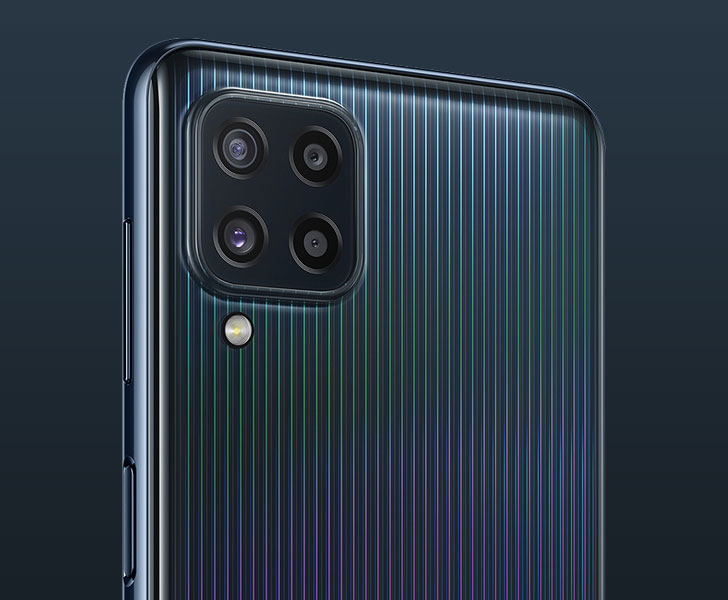 The handset is expected to join the Samsung price list soon. Four cameras are arranged inside a box-shaped housing off-center. As per the leak, we’re looking at a 48MP f/1.8 wide camera, an 8MP ultrawide lens, and two 5MP macro and portrait sensors.

Much of the phone’s heft comes from the massive 6000 mAh battery that powers it. There’s no mention of fast-charge support of any kind, so it’ll take a while to get a full top-up over standard 10W. The cell drives the MediaTek Helio G85 at the heart of Galaxy M32. 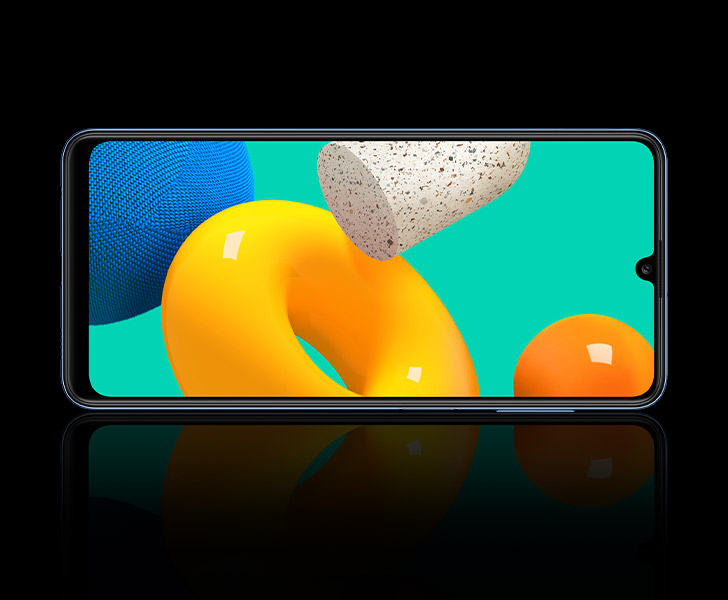 It’s a 12 nm chip, combined with 4GB/6GB memory and 64GB/128GB storage variants. The Galaxy M32 build includes a microSD card slot that allows for up to 1TB storage expansion.

Samsung ships it with the latest Android11-based OneUI. Since the press renders are up and certifications have been cleared, the Galaxy M32 should be announced any day now.