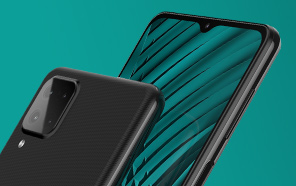 Samsung Galaxy M12 Collects Another Certification; The Launch is Coming

The upcoming Galaxy M12 has been certified in several countries and benchmarked. While we still don’t have a launch timeline, Thai authorities just certified the entry-level phone. And if the recent slew of similar certifications of Samsung Galaxy M11's successor is any guide, we’re only weeks away from its official release. 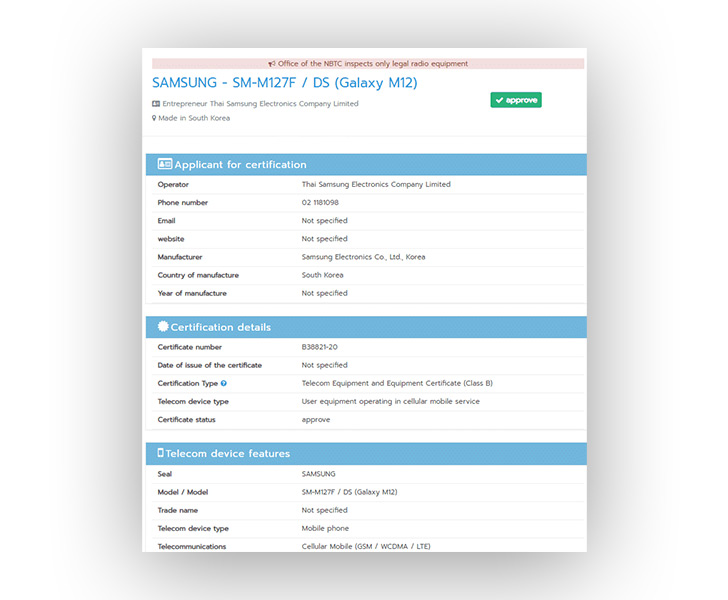 The Samsung Galaxy M12 is currently listed on Thailand’s NBTC database under the model number ‘SM-M127F/DS’. It’s a telecom equipment certificate, so no system information outside the cellular details is featured in the document.

However, a set of high-quality product renders from @OnLeaks, alongside the previous FCC certification, is more revealing. The M12 has a 6000 mAh battery (up from the 5000 mAH battery in the M11) that charges over 15W. Benchmarks on Geekbench confirm the Exynos 850 chipset inside the Galaxy M12. Samsung is shipping it with the latest Android11-based OneUI 3.0. 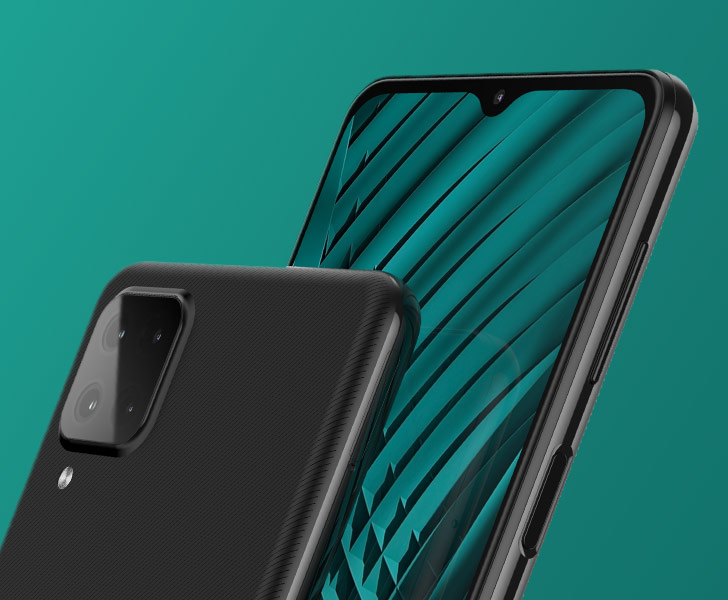 No Wording on the Samsung mobile price yet but on its single and multi-core tests, the Galaxy M12 manages 178 and 1025 points, respectively. And 3GB of RAM does the multitasking. Contrast it against the M11 and its score of 130+490 points, and we’re looking at a significant bump in performance.

As seen in the product mockups, the Samsung Galaxy M12 has a notch in its 6.5” LCD screen. A generic boxy plate on the back houses the rear cameras. It’s a setup of a 13MP wide, one 5MP ultrawide, and a pair of 2MP sensors. The front camera has an 8MP sensor. We’ll keep you posted as the story develops.