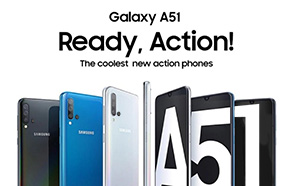 A leak that surfaced a few days back revealed that Samsung has Galaxy A51 –the successor to the widely popular A50 lineup, in production. We have yet to receive word on the official release date but it’s likely that the phone will first land in India. Bearing the model number SM-A515F, the A51 has already been sighted on the popular benchmarking site, Geenbench, but a recent leak offers a peek into its specifications. 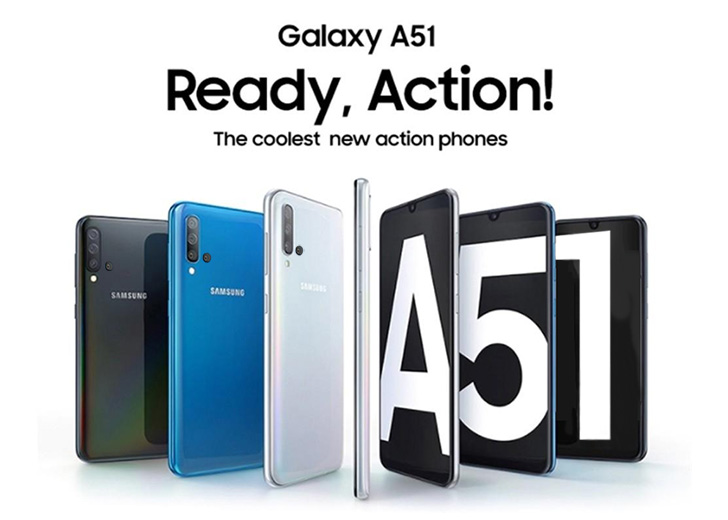 As per the leak, Samsung Galaxy A51 will sport an impressive 6.5-inch Super AMOLED display combined with a waterdrop notch serving as the selfie-camera housing. This 6.5-inch display is rumored to produce an FHD+ resolution and it might carry over the in-display fingerprint reader from its predecessor.

We don’t have confirmation for details on the screen resolution, but the front-facing shooter embedded inside the notch is tipped to max out at 32-megapixel. Speaking of which, you might be looking at a quad-camera setup with a 48-megapixel primary lens, coupled with a 12-megapixel telephoto sensor and a 5-megapixel depth sensor. Note that early image leaks suggest that as opposed to the typical horizontal or vertical camera arrangement, Samsung opted for a unique L-shaped design to house the camera modules.

The rumors don’t point to SoC details, but if the listings on Geekbench are anything to go by, the successor of Samsung A50s might run on an Exynos 9611 chip. This processor will be rounded off by up to 4 GB of RAM and either 64 GB or 128 GB of onboard storage. This hardware will be drawing power from a 4,000 mAh battery with support for up to 15W fast charging.

The leak also confirms that the Galaxy A51 will debut with One UI 2.0 running atop Android 10. These seemingly minor upgrades would hardly make for great selling points if the A51 does feature the aforementioned hardware. Do you think this upcoming rendition will be able to outpace its widely well-received predecessor if launched at an affordable Samsung Price tag? Let us know what you think in the comments below!