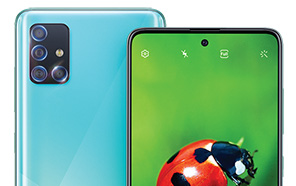 Following weeks and weeks of leaks and teasers, Samsung has finally taken the wraps off the first two additions to the next-generation of Galaxy A-series. Galaxy A51 and its beefier sibling Galaxy A71, both made an official debut at a launch event in Vietnam and are expected to arrive soon in Pakistan at some amazing Samsung prices. The duo promises a reimagined design language and a ton of impressive specs. Let’s dive in. 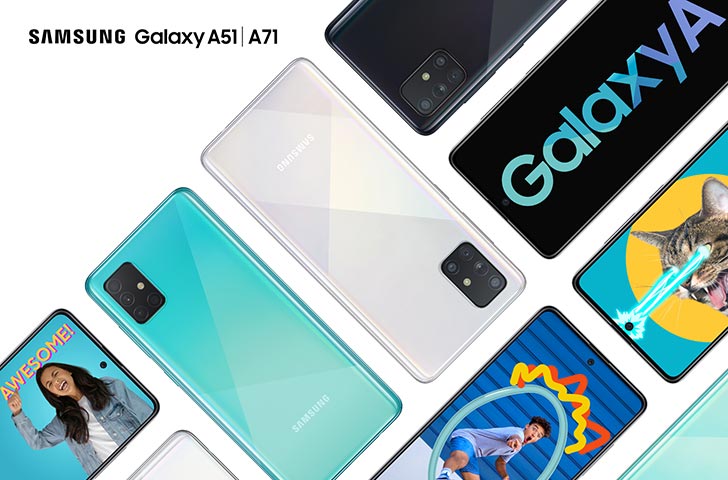 The Galaxy A51 borrows a centered-punch-hole design from its premium cousin, Samsung Galaxy Note 10, and embeds it on its Infinity-O SuperAMOLED display. It measures 6.5 inches and produces and FHD+ resolution. Under this display sits an in-display fingerprint reader. Right from the get-go, the A51 paints a flagship-tier picture. 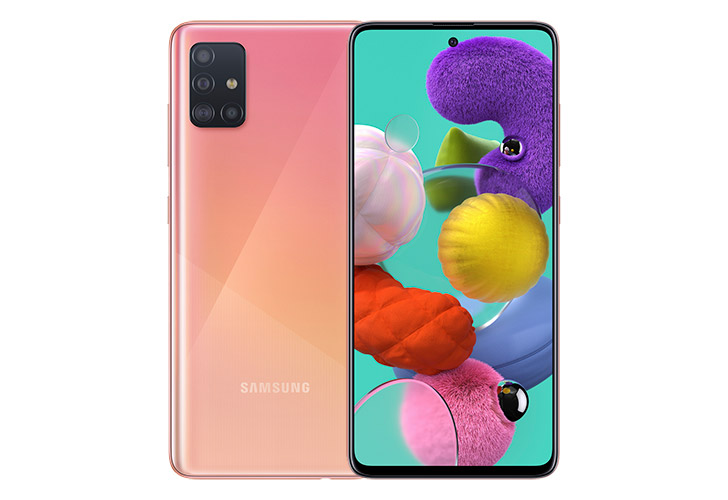 The camera is arranged in an L-shaped design (which may very well become the iconic look of Samsung’s offerings in 2020), but it comes as no surprise since a slew of leaks had already given us a peek at it. The four-lens setup is made of a 48-megapixel shooter, a 12-megapixel ultra-wide-angle lens, a pair of 5-megapixel depth and macro sensors.

The A71 seems to mirror the design language of A5; you get the same L-style optics and centered-punch-hole but in a 6.7-inch package. The pixel count is a huge leap forward from Galaxy A51 however, the primary lens maxes out at 64 megapixels, but the secondary lenses are carried over from A51’s quad-camera. 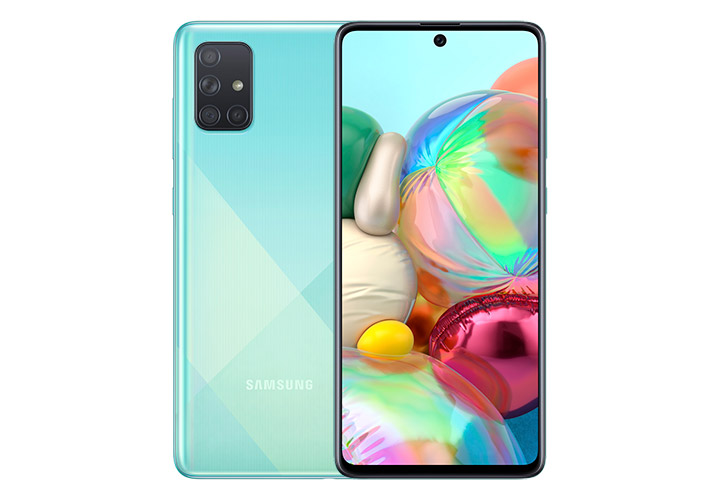 You’re also looking at a major step in performance. Instead of Exynos, the Galaxy A71 is powered by a Snapdragon 730 chip, alongside 6/8 GB of RAM and 128 GB of onboard storage. A 4,500 mAh battery drives this hardware and supports up to 25W fast-charging. In the same vein as A51, it runs on an Android-10-based OneUI 2.0.

Samsung has yet to share the pre-order and pricing details for Galaxy A71 but we do know that it will be available in four different color options.