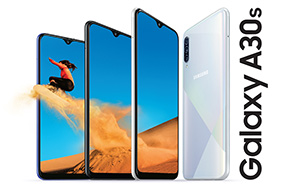 Just moments ago, Samsung took the Pakistani audience by surprise and launched the new Galaxy A30s into the local market, without any fuss. The handset is an enhanced version of the A30 launched earlier this year and is now available at the retail stores nationwide. Rumors are, that the elder sibling Samsung A50s might soon follow. Both the devices stand out not only for their specs but also the overall design. 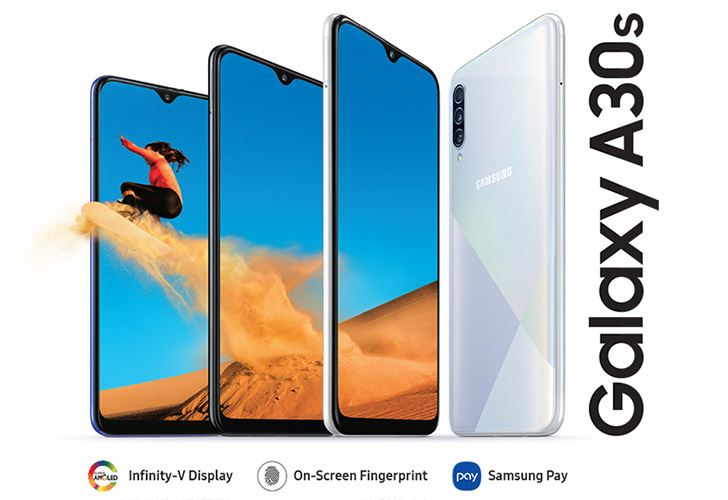 The new Samsung Galaxy A30s now features three rear cameras at the back, instead of the just two, as found in the older Galaxy A30. There's a 16MP front snapper on the front, while the triple rear camera now consists of 25 MP + 8 MP (ultra wide) + 5 MP (depth) sensors. Another interesting point is the addition of a fingerprint reader under the display.

Other Specs of the Pakistani variant of Galaxy A30s include a 6.4 inch Super AMOLED display, an Exynos 7904 chipset, 4 GB of RAM and 64GB of internal storage. the handset is powered by a 4000mAh battery that also supports 15W fast charging. 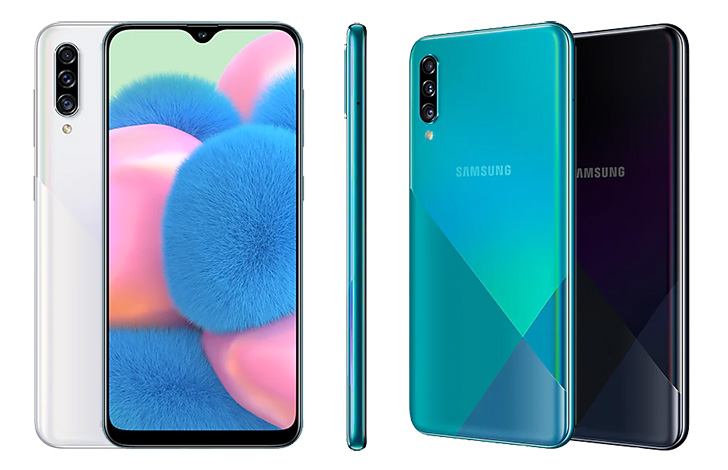 The new A30S by Samsung runs Android 9 Pie as the operating system with the company's very own One UI on top. The smartphone comes in the three color options, Prism Crush Black (black), Prism Crush White and Prism Crush Green.

In addition to the enhanced specs, the price also got increased a bit. Yes, there's a slight increase as compared to its predecessor the Samsung Galaxy A30. The previous-gen A30 was retailing at 37,999. While after its launch today, the new A30s is now available in the market for just 39,999/- PKR.