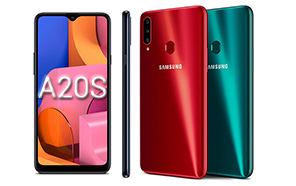 Following weeks and weeks of leaks, teases, and promos, Samsung Galaxy A20s is finally coming to Pakistan this month and will soon make its way to the store shelves nationwide (confirmed from official sources). This anticipated mid-ranger is a revamped version of the A20 launched earlier this year. This revival comes with a few minor upgrades (as WhatMobile predicted) and is already available for purchase in other countries. 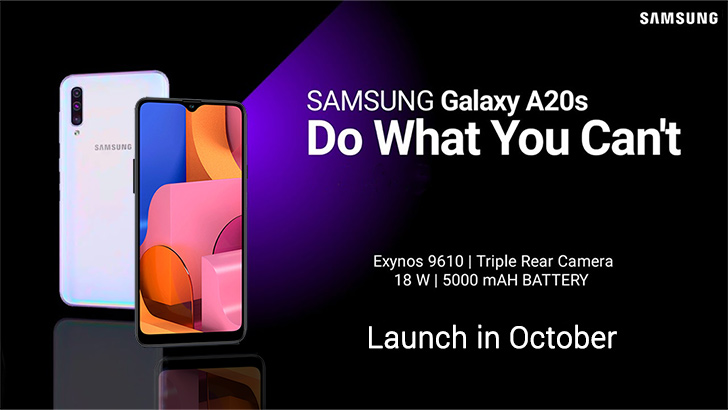 The A-series offers budget handsets to flagship killers and everything in between. This fresh Galaxy A20 revival comes with a few upgrades, most notable of which would be the Snapdragon 450 chip as opposed to the Exynos 7884 sitting on its predecessor.

Another highlight is the improvement in the optics department, from a twin-camera setup to a triple rear-camera module. Samsung A20s comes equipped with the same 13 MP primary lens combined with 5 MP and 8 MP secondary sensors. 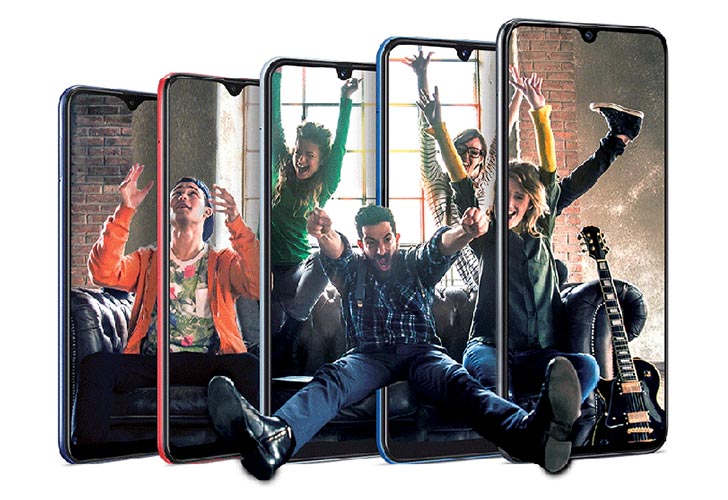 The display is slightly bigger than the original 6.4-inch, which now maxes out at 6.5 inches. But this TFT screen is hardly an upgrade from the Super AMOLED display which Samsung Galaxy A20 packed. The water-drop notch (or as Samsung likes to call it, the Infinity V notch) has shrunk and feels more compact. However, the phone retains the HD+ resolution. Speaking of which, the A20s borrows the hardware from A20 too, including the same 4000 mAh battery with 15W support for fast-charging.

Galaxy A20s is available in two different memory configurations: a 3 GB/64 GB variant and a 4 GB/64 GB one. On the back, you’re looking at a capacitive fingerprint sensor and a polycarbonate panel that comes in three different color options, namely, Blue, Green, and Black. You also get support for up to 512 GB of expandable storage. 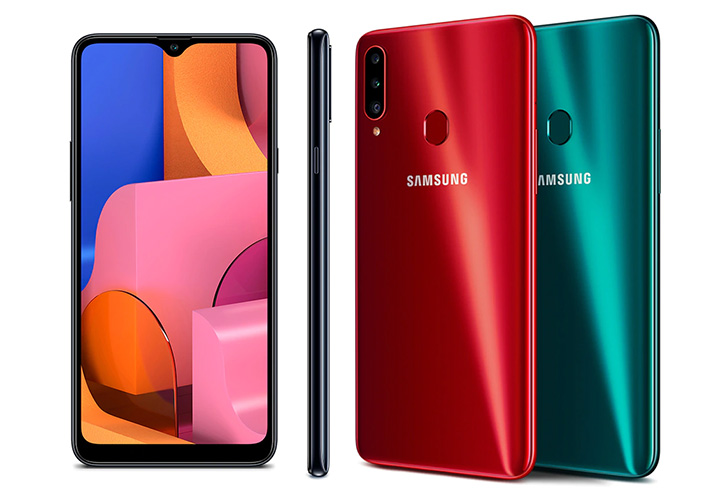 The design language of the new galaxy handset is played out and fairly lackluster, and there aren’t any headline-grabbing features either. If you don’t care for the slightly enhanced performance and the additional rear camera, the original A20 should suffice.

Though the exact dates have not yet been revealed Samsung Pakistan has confirmed that Galaxy A20s is all set to release in Pakistan in the current month of October. The expected price for the 3GB/32GB variant can fall around anywhere from 25,000 to 29,000 Pakistani rupees while the 4GB/64 GB version can cost about 30,000 to 34,000 PKR. Do you think the minor upgrades are worth shelling out a few extra bucks? Let us know your thoughts in the comments below!