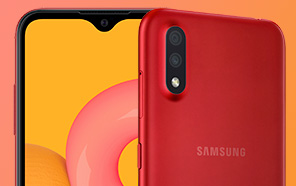 Samsung’s Galaxy A-series has been all the hype these past few weeks, with a slew of upper-mid-range and mid-range offerings, the entry-level members of the Galaxy A family are easy to overlook. But the budget-minded A-series smartphones are also part of this family, and the latest addition entry-level addition, the Galaxy A01 is another example. The phone has been launched, but the price tag is still being kept under wraps. 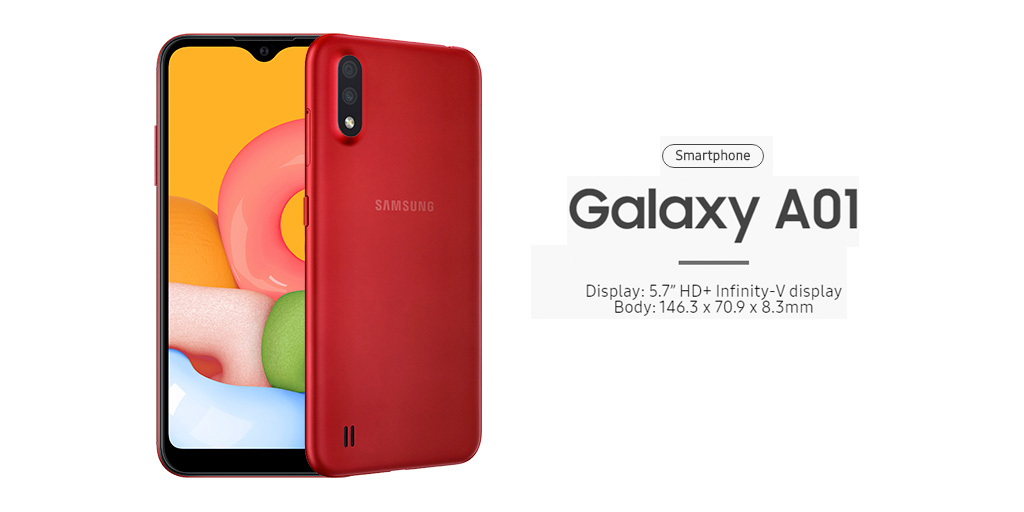 First things first, design. You’re looking at a notched 5.7-inch Infinity-V display that produces an HD+ resolution. The chin and forehead are heavy, but the side bezels are trimmed. On the back, you get a modest polycarbonate panel sporting a lackluster matte finish.

Samsung Galaxy A01 back panel raises into a bump and houses a twin-camera setup. You can pick between black, blue, and red shades. The overall design feels out of place in 2019, so Samsung will likely offer it at a competitive price. 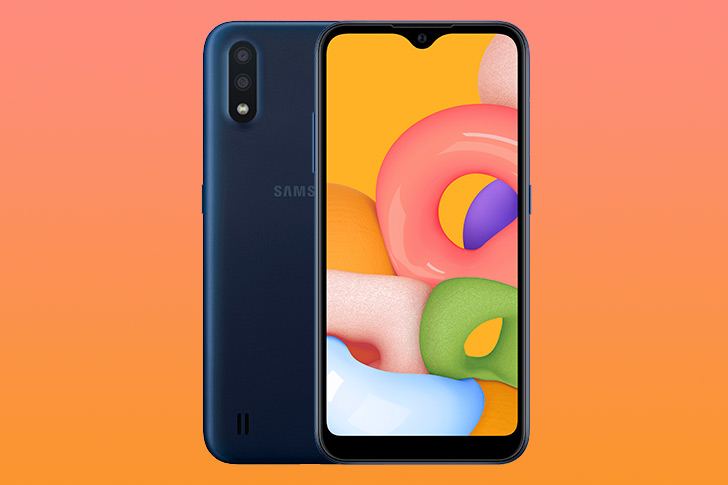 An unidentified octa-core processor clocked at 1.95 GHz and 1.45 GHz sits at the heart of the Galaxy A01 and is rounded off by 2 GB RAM + 16 GB storage combination. The notch houses a dull 5 MP shooter, and the twin camera setup on the back is made of a 13-megapixel primary shooter and a 2-megapixel sensor, likely to be a depth lens.

The specs are nothing remarkable, neither is the A01 design. But if you want a daily driver for light-to-medium usage, but don’t want to shell out hundreds of dollars, the A01 should make the cut.

That said, it’s not all good news, it seems that to bring you this expected price point, Samsung made some huge cutbacks. It lopped off the fingerprint reader and support for NFC on this device. And brought back the long-abandoned 3.5 mm headphone jack and the dedicated microSD card slot that allows for up to 512 GB storage expansion.

The phone draws power from an underwhelming 3,000 mAh battery, which evidently won’t support fast-charging. Official channels have yet to reveal the Samsung prices or the Android version the A01 ships with, but a previous Geekbench listing promises that the phone will run on Android 10, straight out of the box.