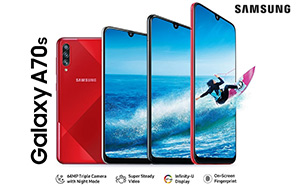 Samsung has globally unveiled the long-rumored Galaxy A70S with a breathtaking 64-megapixel camera just last month. While we still haven't heard anything about the new A70S launch in Pakistan but its predecessor, Samsung Galaxy A70 has just been hit by a sudden price drop. Could this actually mean the A70S release in Pakistan is just around the corner? 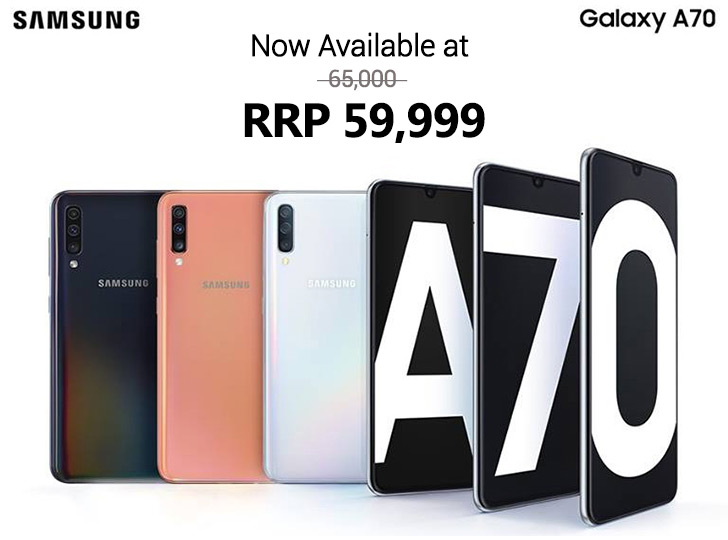 Samsung mobile has slashed 5,000 PKR off Galaxy A70 which carried a price tag of 65,000 PKR earlier and will now be retailing for just 59,999 Pak rupees. This could indicate an imminent A70S Launch, however, the brand is also teasing the A20 successor on its official facebook page for quite a while now but have yet to see it arrive. The new Samsung A20S is also due this month in Pakistan.

Samsung Galaxy A70S handset is a fresh take on this year’s Galaxy A70 and comes packing a significant camera upgrade. We are, of course, talking about Samsung’s first 64-megapixel ISOCELL Bright lens that debuted with this phone. That’s a total of 64 million pixels!

It goes without saying that it is a tremendous upgrade from the 32-megapixel sensor which sits on the standard A70. However, this optics revision is the only thing worth mentioning, since the A70 borrows the majority of its specs from the original A70.

Samsung A70S rocks an identical 6.7-inch FHD+ Super AMOLED notched display with a fingerprint reader resting underneath. It also carries over the Snapdragon 675 chipset paired with either 6 or 8 GB of RAM and 128 GB of onboard storage. It draws power from a solid 4,500 mAh cell as before, with support for 25W fast-charging. The phone still has the same 23-hour stand-by time as before, so no surprises in the performance department either. 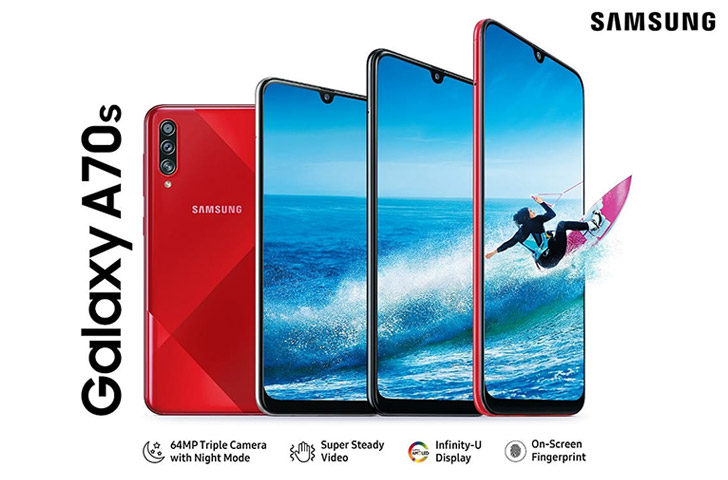 The back panel retains its rather lackluster design, with a basic glossy finish and the camera setup a vertical arrangement on the top left corner. Galaxy A70s runs Android Pie (9.0) layered with OneUI, out of the box. And is available in Prime Crush Red, Prime Crush Black, and Prime Crush White colors.

While the Official Launch dates for Samsung Galaxy A70S have not yet been announced, it is rumored to arrive by November in Pakistan, just after the Galaxy A20S launch this Month. Do you think that an upgrade in pixel count merits a higher price point? Or is it more of a gimmick than a feature? Let us know your thoughts in the comments below! 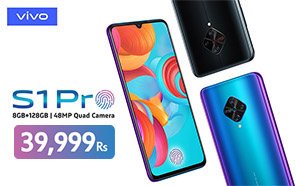