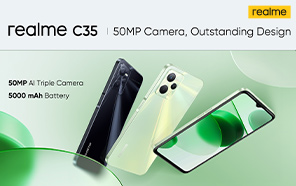 Realme C35 is slated for its debut this month, the brand's first C-series phone in quite some time after the Realme C25Y. Official teasers are already out ahead of the upcoming release. And they give us a preview of the design, specs, and launch date. 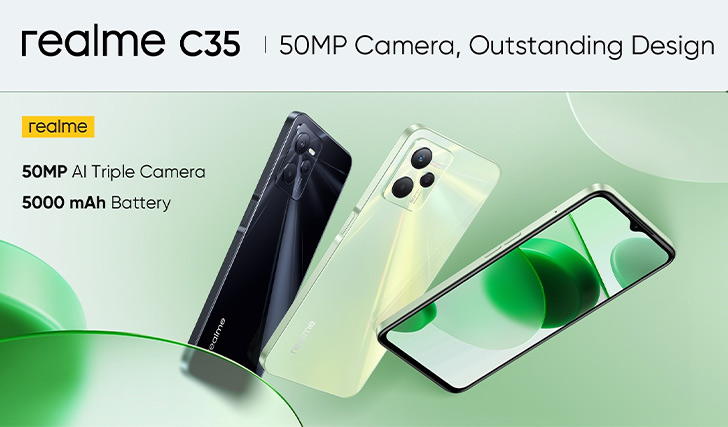 Realme had been collecting product certifications for the Realme C35. But their Thailand arm was the first to confirm the upcoming arrival officially. Realme Thailand published two promo posters — showcasing the design and the chipset.

Following a seemingly homogenous and lackluster design common to all previous Realme C-series phones, Realme has finally revisited the aesthetic with the Realme C35. Its design language meshes perfectly with other modern Realme phones. We’re looking at trendy, sharp, flat rails on the frame. The two-in-one thumbprint and power button rests on the right. 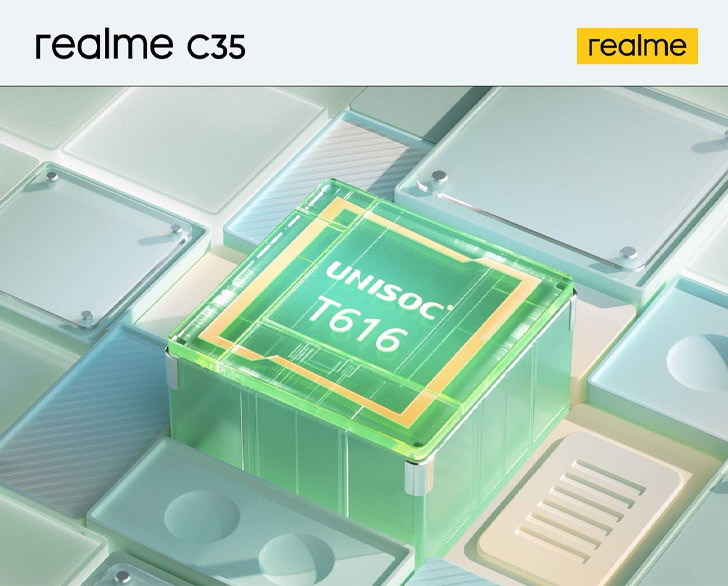 A triple-lens layout (led by a 50MP sensor) and a sunburst finish round off the design of the new Realme budget mobile. The screen has a notch and minimal bezels. You can pick from playful mint and elegant black options. In contrast to the many C-series phones that preceded it, the Realme C35 is far more premium and modern.

The same cannot be said for the performance, however. Instead of MediaTek silicon, Realme is switching to an obscure and cheap Unisoc chip (T616, to be specific.) Everything runs on a 5000 mAh battery and 18W charging support. You get at least 4GB of memory and 128GB of internal storage. Android 11 x realmeUI 2.0 powers this hardware, even though realmeUI 3 is already out. We’ll learn more when the Realme C35 drops on February 10.