Mega smartphone conglomerate Realme is about to drop another player in the ever-so-competitive, low-priced smartphone market. The Realme C35's new sibling shares the same budget lineup, and they are branding it as Realme C33. The phone launch seems imminent as it has started cropping up on multiple certification platforms. 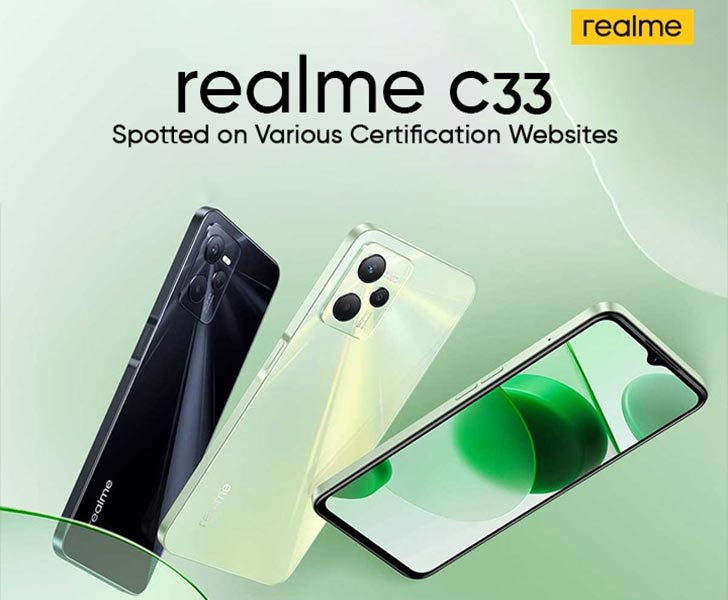 Newcomer AKA Realme C33 just got spotted on the National Broadcasting and Telecommunications Commission (NBTC) — certification link based in Thailand. The document shows the model number as RMX3642, and the device's make as Realme C33. This certification has outlined the cellular nature of the phone, which is LTE/4G.

The registry concludes that it's going to launch in Thailand first. The model number revealed on NBTC helped un-disguise other entries in FCC, BIS, and EEC databases under RMX3642. Listings like these gave us a hint of design and some core features. Take a look. 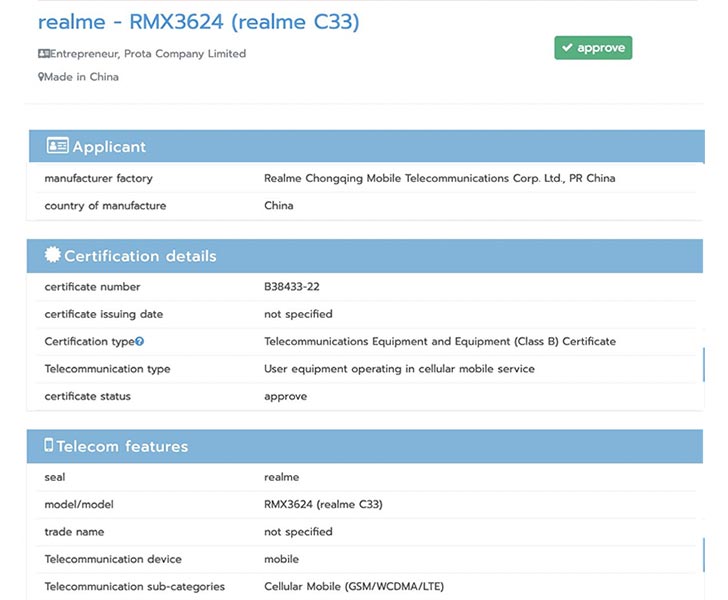 The Federal Communications Commission (FCC) listing hints at a 5000mAh battery inside the cell. The 4G standard cellular capability. It also mentions an Android 11 operating system.

Eurasian Economic Commission (EEC) has also listed RMX3642 on their site, and BIS approved the device on their listings. All this data concludes one thing, the launch is closing in.

Per the latest rumors, Realme C33 will offer three color coatings Sandy Gold, Aqua Blue, and Night Sea. It will probably have three storage + RAM combos 4-128GB, 4-64GB, and 3-32GB. The new addition to Realme's price list, C33, might feature a Unisoc Tiger T612 (12 nm) CPU under the hood. But these are all speculations at this point. New information should start pouring in as soon as the launch date confirms. So stay tuned for more updates.