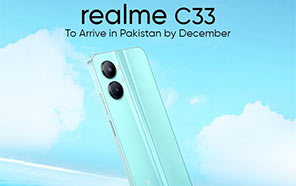 Purported to launch in the first week of November, Realme C33’s Pakistani debut had everyone on the edge of their seats for a while. Now, the hearsay suggests a delayed smartphone deployment in the subcontinent. Without any pretext, C33 just got rescheduled for December. Albeit, its specs and the price will make your wait worthwhile. 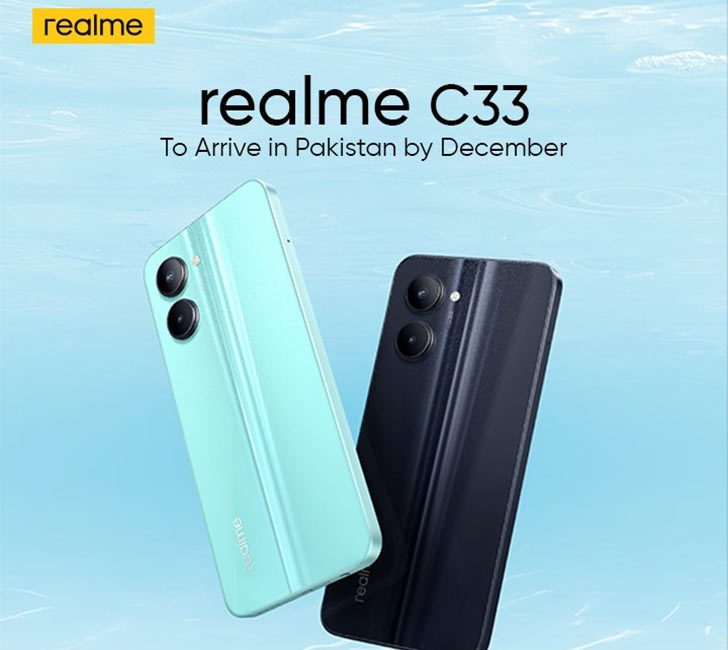 The primary highlight of the upcoming sibling of the Realme C35 is its semi-luxury design. A beautiful smartphone without any camera bump, the all-new C33 boasts a soothing aqua blue, Night Sea, and a gold shade of sand. On the top-left corner, two camera silos protrude out of the shell.

Within the protruded lenses are two camera sensors: a 50MP sensor alpha and a 0.3MP auxiliary. The entire Realme C33 shooting setup, including a 5MP selfie snapper beneath the V-notch, can record videos up to 1080p at 30 frames per second. 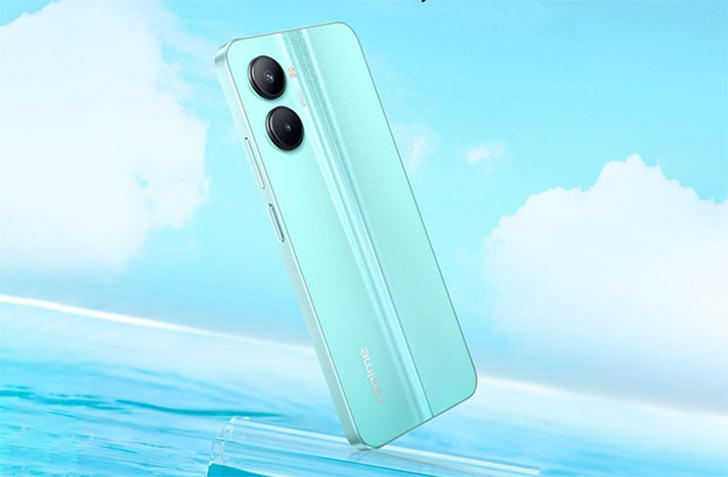 Melded with an IPS panel, the C33 carries HD+ resolution on a 6.5-inch display. The camera notch upfront and the chin down below are slightly intrusive. The Realme new C model weighs 187 grams and measures 8.3mm in depth without an IP rating or display protection. 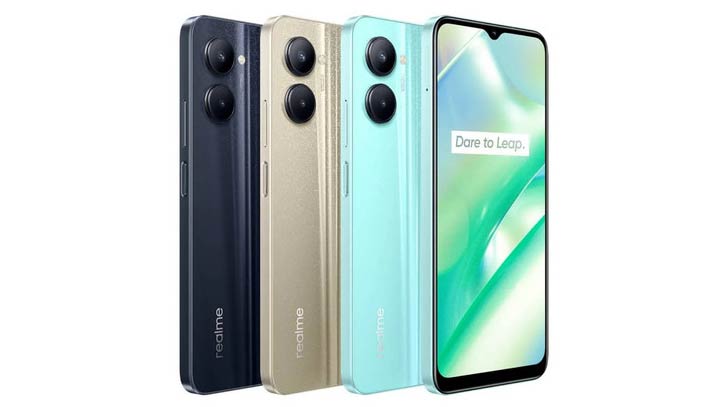 The C33 by Relme has a battery capacity of 5000mAh, lasting up to 37 days on standby. It uses a relatively standard 10W charger and comes with either 3GB RAM and 32GB storage or a bit more expensive 4GB RAM and 64GB storage package. A Unisoc chip T616 lies at the core of this phone integrated with Mali-G52 GPU.

You will find Android 12-based Realme UI right out of the box. Realme C33 bears a side-facing fingerprint reader infused with the power key, a type-C port, and the treasured 3.5mm audio port, with a bare minimum price tag of 26,000 Rs (expected).