Realme is all set to launch its second entry-level phone for 2021, the C21. The model is slated for debut in Malaysia on March 5, following the Realme C20 launch in January. Ahead of this official announcement, the C21 was prematurely published on an online retail store. 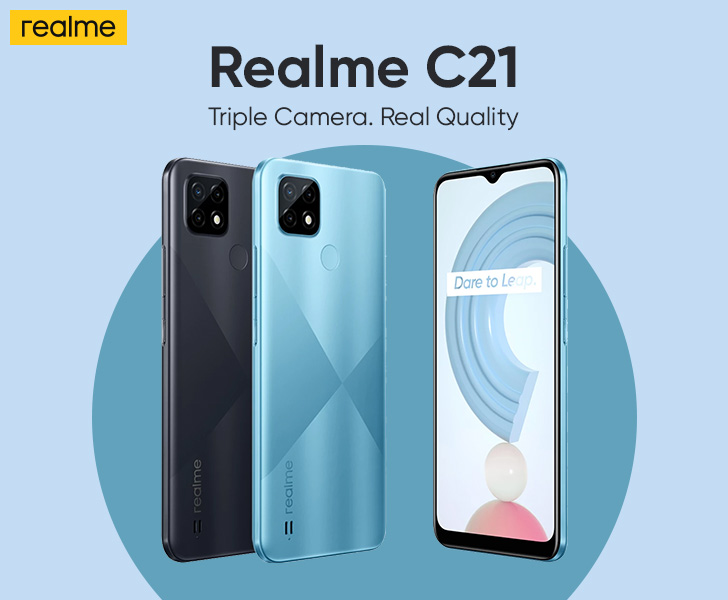 Realme C21 is currently listed on AliExpress along with its complete specifications, product images, and pricing. Based on the listing, the C21 is a mildly refreshed version of the Realme C20.

The otherwise consistent naming scheme of Realme’s C-series lost its track after the C20 launch. Realme C21 adds to that confusion by recycling the last-gen specifications. 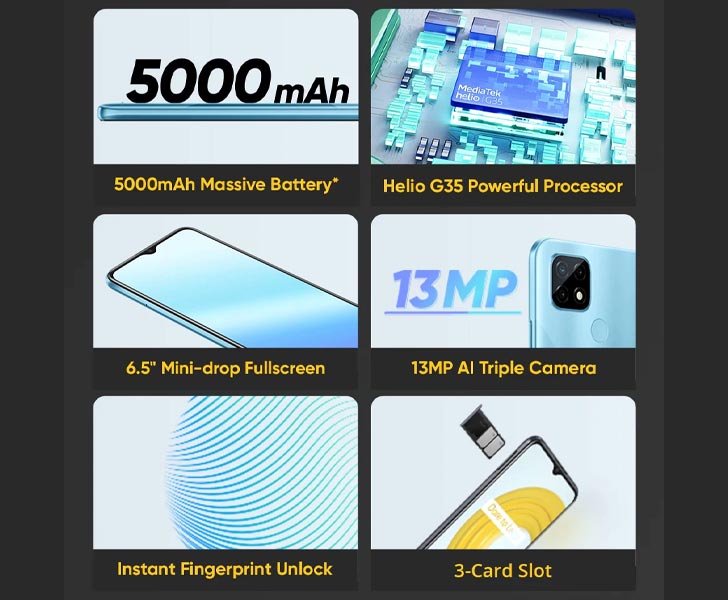 Let’s start with the phone’s internals. MediaTek Helio G35, an entry-level gaming LTE chip, powers the Realme C21. 4GB of memory handles multi-tasking; the 64GB of storage is expandable. The system is hooked up to a 5000 mAh battery, a bit lower than the Realme C15's 6000mAh but still massive. Realme promises over two-day battery life, but the C21 lacks any fast charging support. 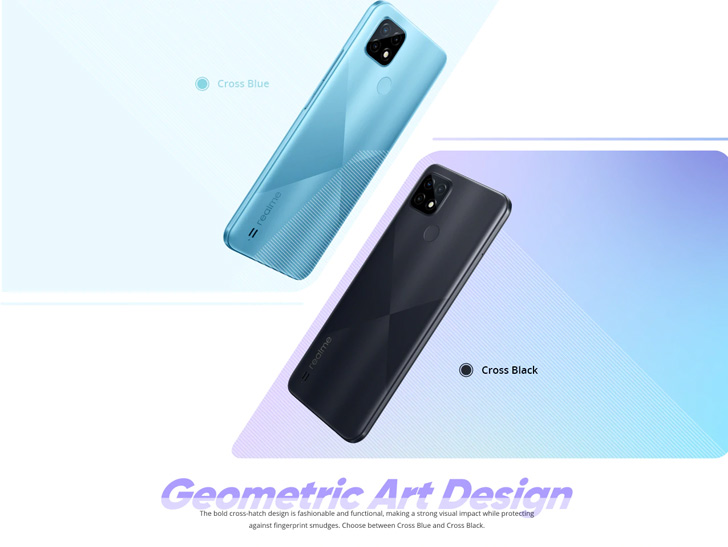 The plastic shell has a fractal finish available in blue and charcoal colors. You’ll also find a rear-facing speaker, a capacitive fingerprint scanner, and a box-shaped camera platform on it. Inside it lies a triple-camera array, featuring a 13MP primary camera and a pair of 2MP depth and macro sensors. Realme C21’s image processing supports nightscape, chrome boost, and Slo-mo modes.