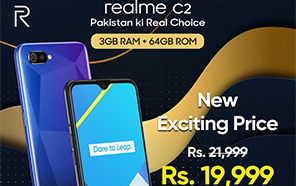 Realme's upward trajectory in Pakistan has been phenomenal since the brand's entry last year, realme has been aggressive in its approach, launching a successful budget to mid-range smartphones with an attractive spec sheet and affordable pricing. realme has made a name for itself by selling smartphones with powerful hardware at prices aggressive enough to go up against its competitors.

Last month company brought an upgrade to the Realme C2 with new 3GB RAM + 64GB ROM variant in three beautiful colours diamond black, blue & Sapphire at Rs. 21,999 which soon became “Pakistan ki real choice” the device is breaking the sales in entry-level smartphone market with massive response to the new entrant this device will be now available at Rs. 19,999. 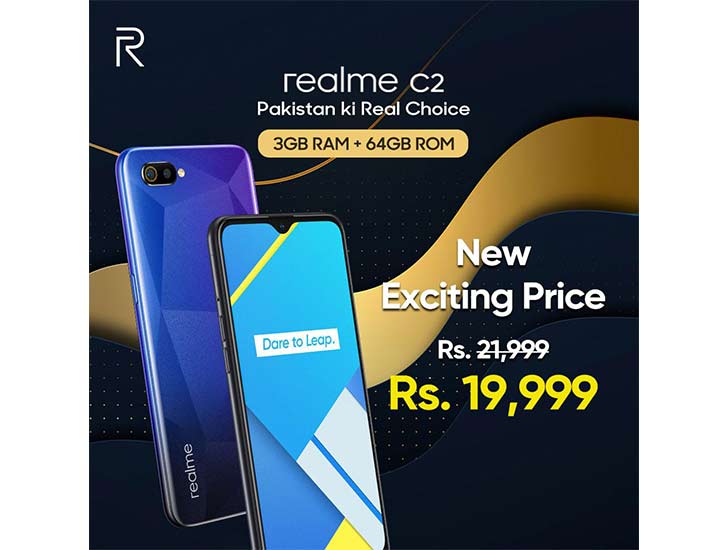 Taking a leap on entry-level smartphone series Realme launched a new storage variant of the Realme C2, which comes with 64GB of inbuilt storage paired with 3GB of RAM. The Realme C2 is also available in two other memory configurations – 3GB+32GB, 2GB+32GB in diamond black and blue colors.

The Realme C2 is well designed and has a diamond-cut pattern on the back that makes it look premium. The phone is compact and feels comfortable to hold in the hand. It has a dual-camera setup at the back which consists of a 13-megapixel primary camera and a 2-megapixel depth sensor. Powering the smartphone is a MediaTek Helio P22 SoC. realme is packed in a 4000mAh battery which delivers a very good battery life. The supplied 10W charger is also quick enough to top the battery up. 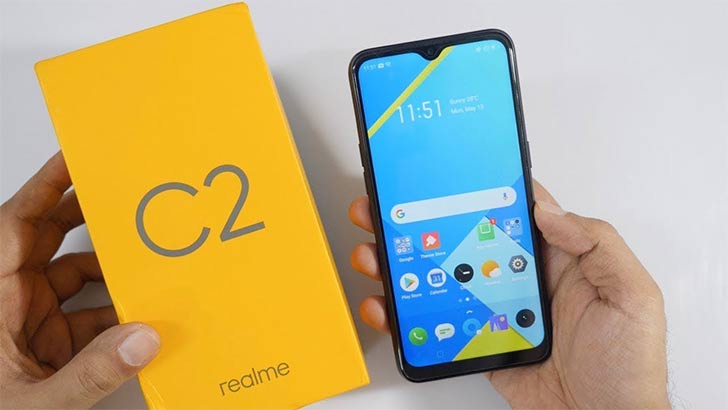 The company recently launched the Realme 5 series and the flagship realme XT and it did manage to shake the industry up. Owing to the enormous response to the Quad Camera best-selling Realme 5 realme Pakistan might launch its successor before the end of this year. The device was launched in a brand new color and an all-new upgraded camera in the Indian market just last month.

Pakistani youth’s favored smartphone brand realme has quickly snatched market share from existing players and is fast becoming one of the most sought after brands. Since its entry into the Pakistani market less than 11 months ago, realme powered by Oppo has already launched 8 products across different price segments from premium flagships to trendy mid-rangers, all designed particularly for the youth. They are also gearing up for the launch of their latest additions in the classic realme series in the coming months. realme is proving it has planned an even steeper growth trajectory than its parent company through a targeted focus on the youth.