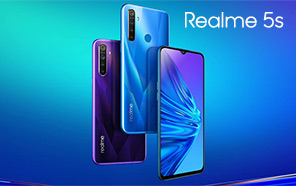 Realme might be a young brand but it has certainly made its presence felt in the industry, and it continues this trend by making an addition to its Realme 5 series, which the sub-brand of Oppo unveiled back in August. This upcoming model, dubbed Realme 5s totes the number RMX1925 and its certification has just been approved by India’s BIS (Bureau of Indian Standards) and Thailand’s NBTC (Office of The National Broadcasting and Telecommunications Commission), which suggests that the phone’s release is close at hand. 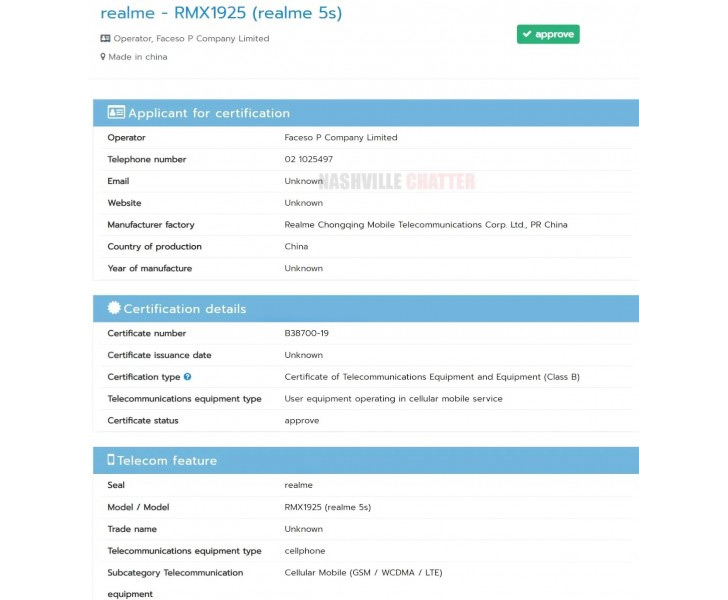 As evident by the Realme 5s certification listings, it won’t be a stretch to assume that Thailand and India will be one of the first countries where the handset lands. Realme has already announced that it will be unveiling the X2 Pro at a launch event in India a few weeks from now, and it’s likely that the 5s will be part of this flagship launch.

While we have conclusive proof of 5s’ existence, we have yet to receive word on the specs or design of this expected arrival. No credible rumors or leaks have surfaced, so it’s too early to list any concrete details. That being said, the ‘s’ moniker following the Realme 5 Pro indicates that the phone might feature a similar design language but downgraded hardware, and by the same token, a lower price tag. 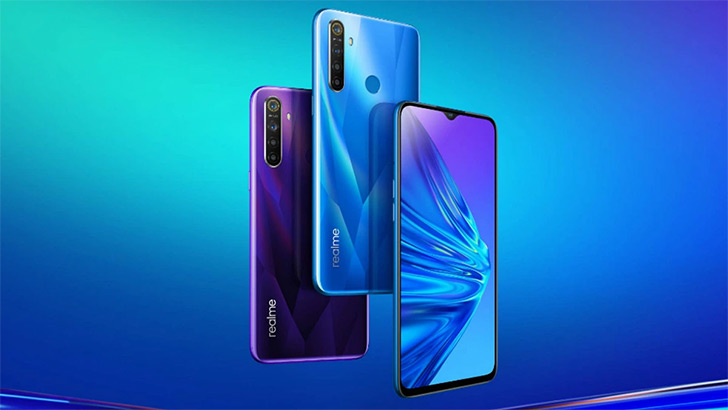 Speaking of which, it won’t be farfetched to speculate that the phone might retail for a price somewhere between Realme 5’s and that of Realme 5 Pro – that’s anywhere between $169 and $197. To recall, the Realme 5 offers a quad-camera experience without up to 8 GB of RAM.

Both phones are powered by a Snapdragon 712 chip and a 5,000 mAh cell with 20W VOOC flash-charging. It stands to reason that the Realme 5s will inherit at least some of these features, even if they are ‘watered down’, in a sense. Are you excited for this fresh offering from Realme? Let us know your thoughts down in the comments below.