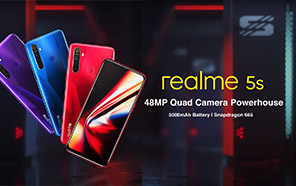 As WhatMobile reported in an earlier post, Realme’s latest sub-flagship offering Realme 5s is scheduled for launch on November 20 in our neighboring big market. The highlight of this launch event would arguably be Realme’s first flagship phone -- the Realme X2 Pro and teaser promos have already started making rounds on the web, revealing the design and specifications for both these models. And fresh promos have just shared the screen & processor details for the upcoming mid-ranger. 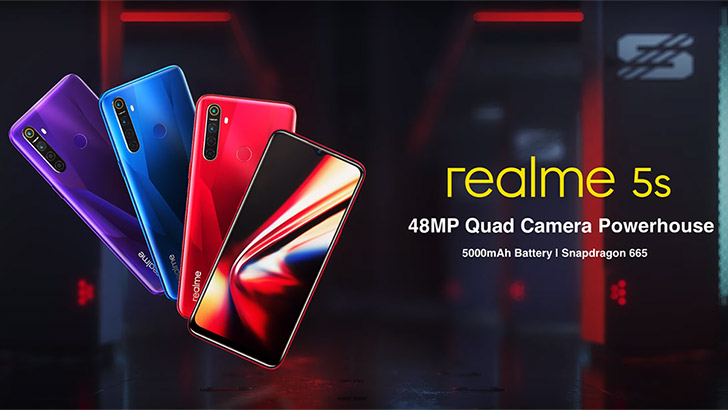 Powered by the same chipset as the Realme 5, the 5s comes with the Qualcomm snapdragon 665 under the hood so that you have an ultra-real power at your fingertips. A teaser confirmed the above-mentioned processor details just a while ago. 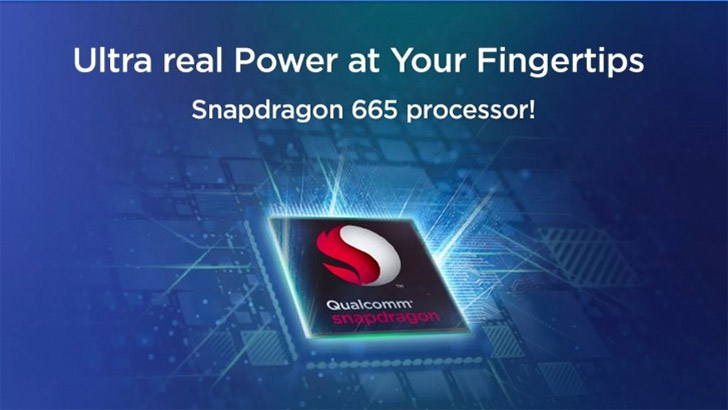 As per the confirmed specs, you’re looking at a 6.51-inch display that produces an HD+ resolution. The Realme 5s builds on Vanilla 5, which featured a near-identical display, so from the looks of it, there won’t be any notable upgrades in terms of screen resolution. No doubt, it’s a letdown since speculations suggested that the phone will be rocking FHD+ resolution. 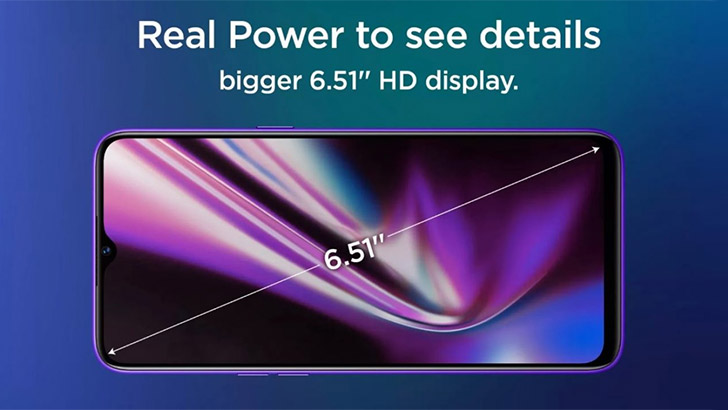 The underwhelming display aside, the teaser poster showcases a rather lackluster notch design for the 5s by realme serving as housing for the front-facing selfie camera. The back panel on the showcased Realme 5s has a purple hue but the promo confirms that it will be arriving in blue as well as red color options at attractive realme prices. 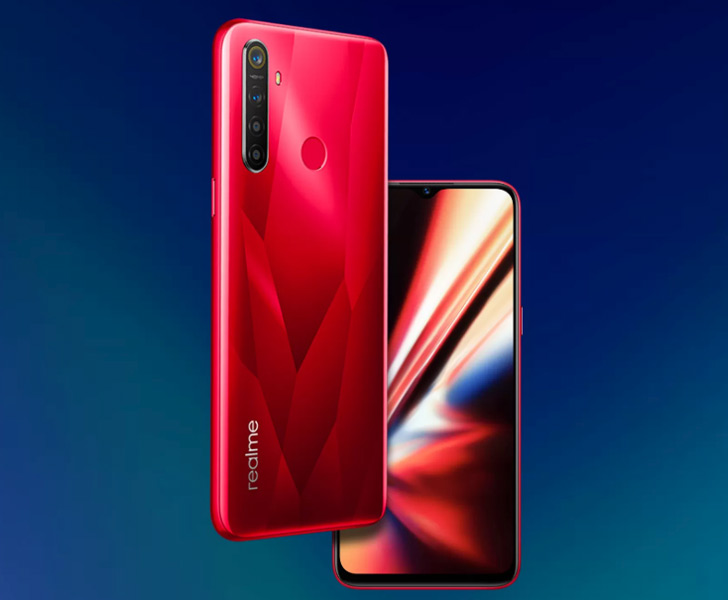 The red variant of 5S has already been unveiled in an earlier teaser that showcases the back panel of the phone. Embedded in it, is a four-lens camera arrangement that is flanked by a capacitive fingerprint reader. The panel itself sports an aesthetic fractal-ish pattern along with Realme’s minimal branding.

The same promo poster confirmed that the primary of these four lenses will max out at 48 megapixels (a significant upgrade from the Vanilla 5, by the way) and underneath the panel, the Realme 5s will be packing a generous 5,000 mAh. Relevant hardware details are thin on the ground, but we’ll expect the Realme 5s to sit somewhere between the Realme 5 and Realme 5 Pro. In simpler terms, you might be looking at some robust internals on this upper mid-range offering. We’ll learn more as these teasers keep pouring in and once the Realme 5s hits the Indian markets, a launch in Pakistan won’t be far off.