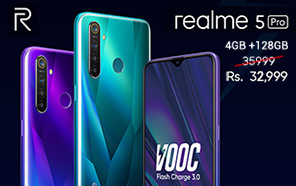 Announced in September last year, the Realme 5 Pro was an excellent value offering from Oppo’s sub-brand, and it’s now going for an even more affordable Oppo price tag. The quad-camera-toting 4GB/128GB model, which was originally retailing for 35,999 PKR, is now available for only 32,999 PKR after a 3,000 PKR discount. You can grab your Realme 5 Pro for the revised price tag from stores nationwide. 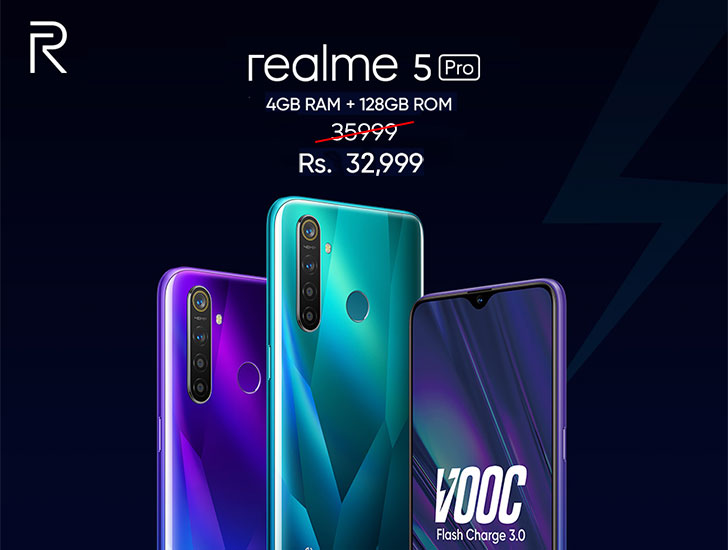 If you recall, the Realme 5 Pro shows off a tear-drop notch that extends into its FHD+ display affording you a decent 90.6% screen-to-body ratio -- which translates into narrower, less apparent bezels and chin.

The design on the rear-shell of 5 Pro is pretty neat in its fractal, diamond-like Crystal Green and Sparkling Blue hues. Realme says the shimmering panel is polished hundreds of times to bring out the so-called nanometer ‘holographic’ texture and color. 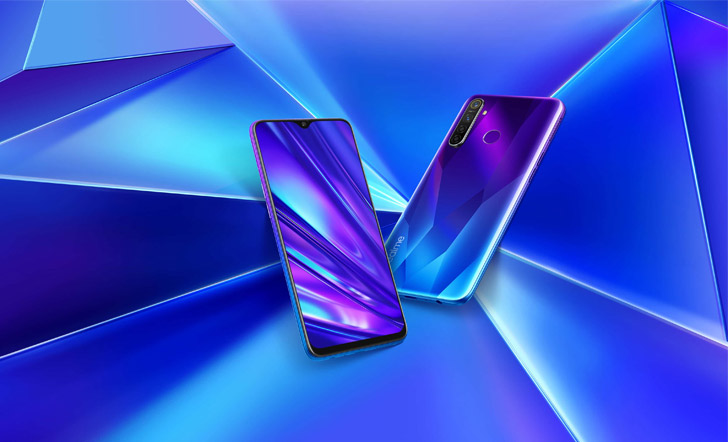 Also, part of the polycarbonate back is a quad-camera setup aligned in a vertical housing and a rear-mounted fingerprint reader that flanks it. Realme 5 Pro carries a flagship-tier 48-megapixel IMX586 main sensor built by Sony, to produce brighter, more detailed shots. Each pixel is 1.6 μm, which allows more light to enter, delivering noise-free low-light photos. By comparison, Samsung Galaxy S10+ has a pixel-size of 1.22μm. Other sensors include an 8-megapixel wide-angle camera, a 2-megapixel portrait, and a 4cm macro camera. The front camera is another Sony 16-megapixel IMX471 shooter. 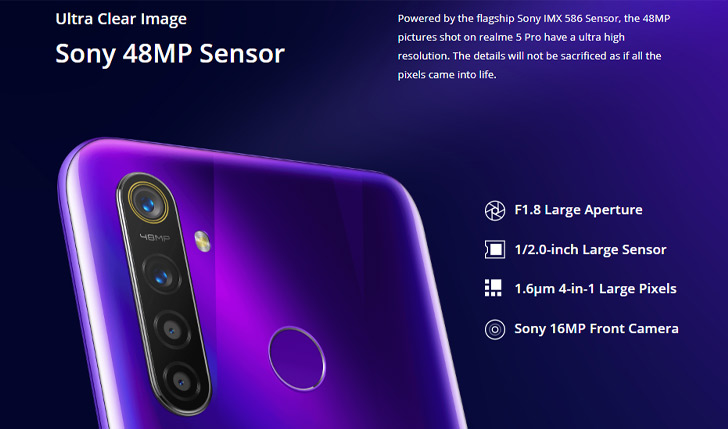 That covers the design and optics bit. Now for the hardware under the phone’s hood. A robust Snapdragon 712 AIE platform sits at the heart of this Realme. The processor inside it has a beefy clock speed of 2.3 GHz. You can choose from either 8GB or 4GB of memory -- both paired with 128GB of storage. The latter is starting from 32,999 PKR now, but the UFS 2.1 ROM is expandable up to 256GB in either case.

A big 4035 mAh battery powers the device, with support for Oppo’s VOOC Flash Charge 3.0. Realme claims that it can charge your device in 1.38 hours. They’ve also upgraded the phone's ColorOS 6.1 to the Android-10-based Realme UI 1.0. The handset is now available across Pakistan at the new exciting Realme price.