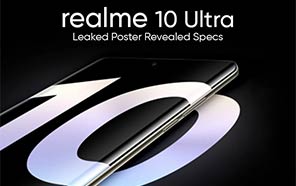 Realme 10 Ultra Leaks Via Posters; An Alleged Flagship Phone amid the Budget Series

Where vanilla Realme 10, 10 Pro, and 10 Pro Plus keep hitting the headlines with leaks, Realme 10 Ultra, the lineup's supposed king, has been under wraps this whole time. The Ultra's poster with key specs is now doing rounds on the internet, thanks to a Weibo post shared by Ice Universe. 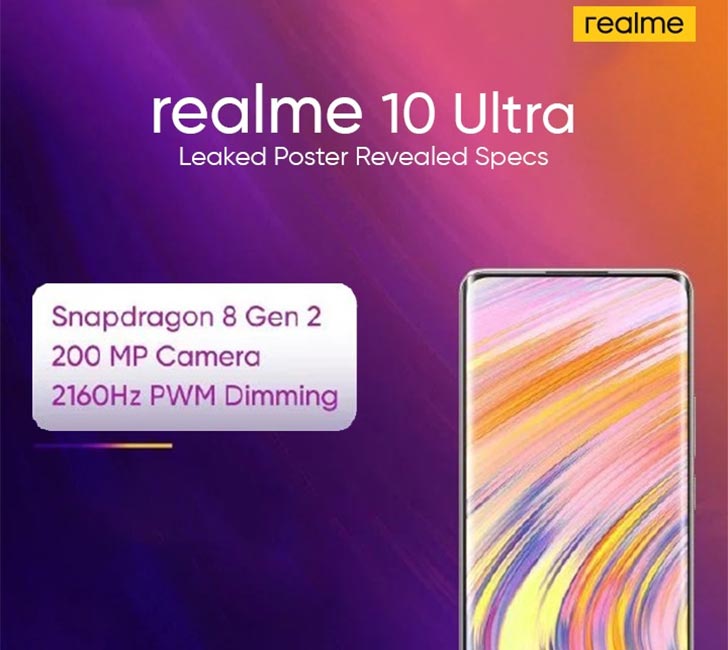 It seems to be a fan-rendered poster, and because of that, its credibility remains questionable. Since the industry-renowned tipster Ice Universe leaned towards the model's possibility, this leak might have some heft. Here's what we know so far.

Realme historically brought its flagships under an X-series catalog that later got replaced with the "GT" roster. Consequent to the reason that the chain's numbered series couldn't debut in China unless rebranded as GT, Neo, V, and Q series. However, things are about to change. Realme will bring the whole lineup to China this time without rebranding it. 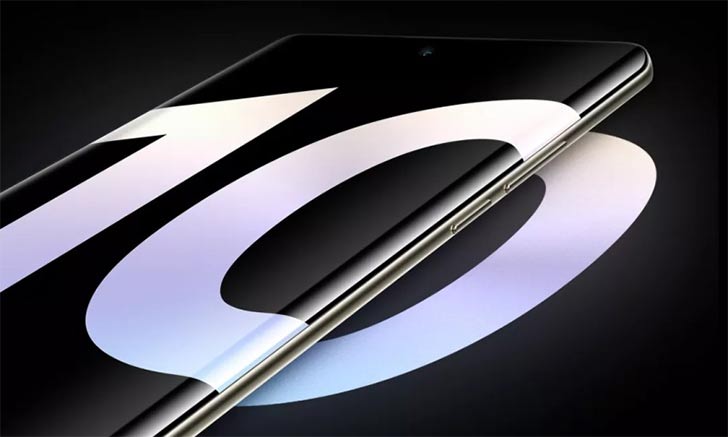 After an extended period of adjusting to it, the Realme Community finally accepted that the GT series is the only one capable of carrying flagship specs at a high-end Realme mobile price. So the alleged specs on the Ultra 10 phone are a little hard to swallow. 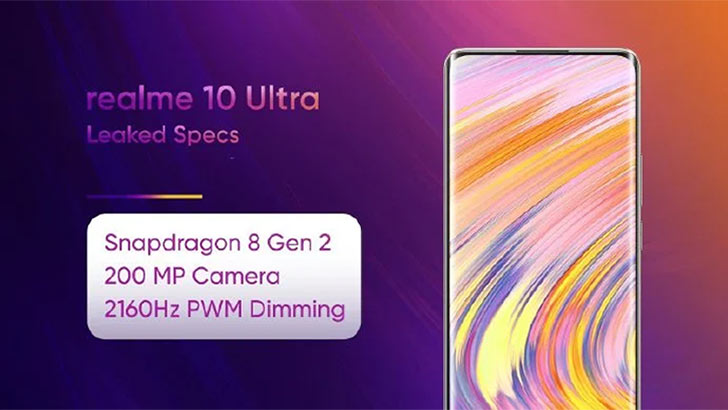 The poster claims this phone with Snapdragon 8 Gen 2 engine under the hood, paired with a 200MP primary camera sensor and 2160Hz of PWM dimming to reduce eye strain in low brightness. Additionally, the Ultra phone on the poster flaunts almost non-existent bezels and no selfie camera intrusion, indicating a pop-up or an under-screen sensor.

While the poster's credibility remains sore, enthusiasts still believe that the consecutive Realme lineup has a Snapdragon 8+ Gen 1 phone underway, expectedly featuring a 6.7-inch OLED with a 2.3mm chin. The launch is nearing at light speed, and more leaks are bound to surface ahead of that. So stay tuned. Here is the Realme 10 Ultra price in Pakistan & rumored specs.