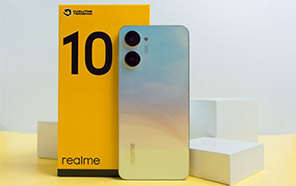 Following its debut as a 5G device, Realme 10 returns in a new unveil overseas; this time, it comes with a 4G-enabled chip — meaning eligibility to land in the global market uninterrupted, regardless of non-5G disposition in some areas. Don’t worry; the replaced chipset is as powerful as the original one. 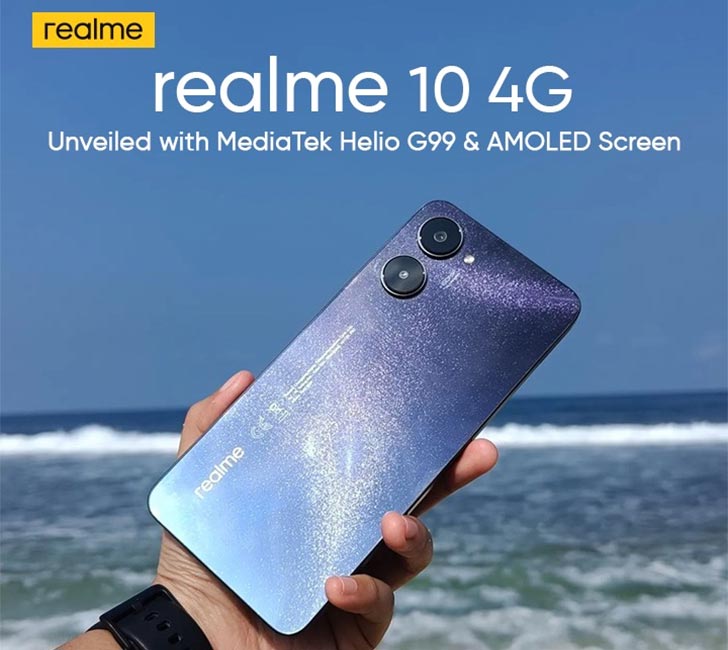 In contrast to Dimensity 700 chip on 5G, the 4G Realme 10 brings MTK Helio G99 6nm SoC at the core. Each CPU drives 8-cores and incorporates the 950Hz MALI-G57 as a graphics processing unit (GPU).

Compared to the global 5G version, the display on the 4G Realme 10 is AMOLED supporting FHD+ resolution and a 90Hz refresh rate. Cropped at 6.4-inches, the screen on this new model is smaller in size. Where the IPS panel caps at 400nits, the AMOLED can clock at a 1000nits max brightness. For the rest, Realme 10 4G mostly aligns with its counterpart. 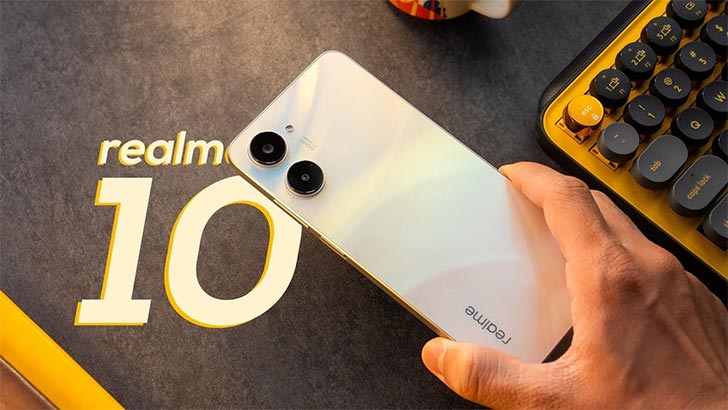 It has max 8Gigs of LPDDR4x RAM expanded virtually to 14Gigs and is powered by Android 12 OS on top of Realme UI 3.0. The realme 4G new model ranges in multiple price segments, starting from 4+64GB and moving up to 8+256GB. We’ll add the prices in the end. 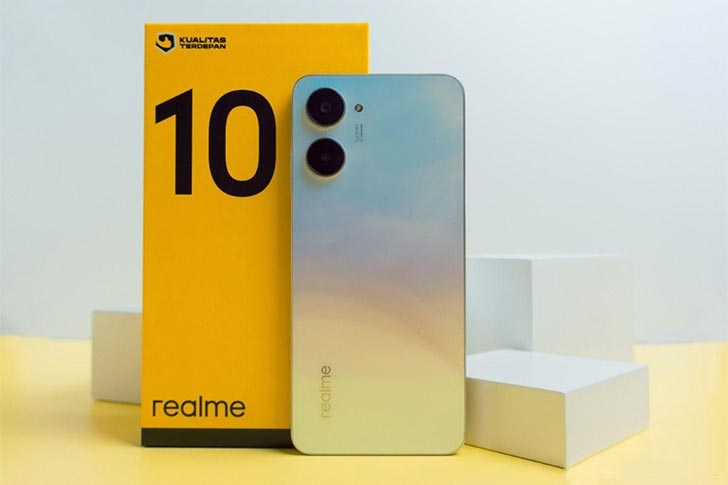 Besides the front-facing 8-megapixel selfie camera, unlike the triple camera we saw on Realme C35, the new 4G variant of the Realme 10 sports an eccentric rear-camera setup with a 50-megapixel primary lens, followed by a 2-megapixel depth mapper. The camera units protrude directly out of the frame without the supportive plate.