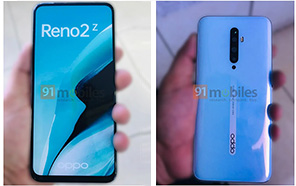 Over the last few weeks, we have seen quite a bit of constancy from the Chinese manufacturer OPPO, thanks to the possibility of soon seeing a major expansion in the Reno lineup. Earlier the whole Reno 2 series was spotted on GeekBench, then came the Reno A just yesterday and today we the Reno 2Z gets revealed in live images for the very first time. 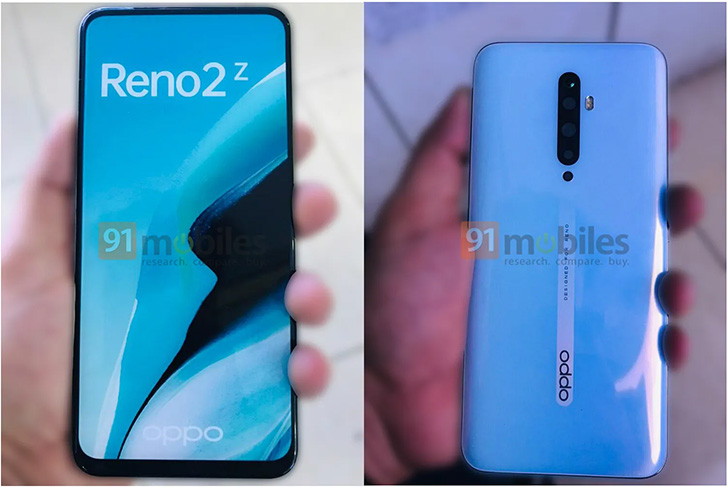 The leaked photos were posted by 91Mobile, revealing the complete design of the new smartphone, ready to hit the global market later this month in August. In the images, you can see that the new device will feature a notch-less screen that occupies much of its front, opting for a pop-up mechanism for its front selfie shooter.

In the rear, what draws attention is the availability of a quad-camera setup, aligned vertically in the center, followed by the company's logo at the bottom. Speaking specifically of embedded hardware, the OPPO Reno 2Z is ​​expected in a single version and should ship with the MediaTek Helio P90 chipset, accompanied by 8GB of RAM and 256GB of internal storage, 6.53 "Full HD + AMOLED display, and 4,065 mAh battery. 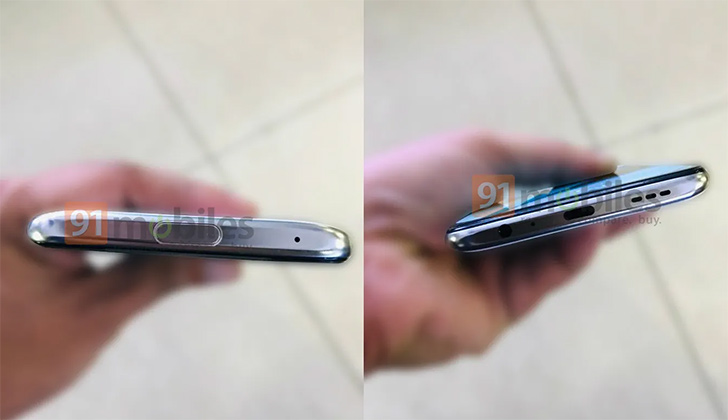 In the camera department, it is expected to arrive with a single 16MP selfie shooter at the front and a quad-camera setup at the rear. The back camera setup includes a Sony IMX586 48-megapixel primary lens, a 119-degree ultrawide 8-megapixel lens with two 2-megapixel lenses that allow the user to take special portrait pictures.

For now, there is no conclusive information about its launch in Pakistan but the global launch of OPPO Reno 2Z is expected soon in India. The event will be held by OPPO  on 29th of August, which is specifically related to the new OPPO Reno 2 series.

Regarding the price, rumors indicate that it will be available for less than 25,000 Indian Rupees, or approximately 54,000 Pakistani rupees in a direct conversion, disregarding the taxes and other fees.