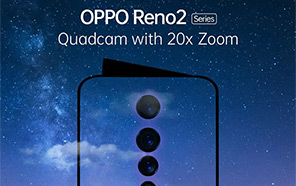 The second generation of Reno smartphones from Oppo is all ready to hit the markets. Launching first in India on 28th of August even before its home country China, OPPO reno 2 will soon land in other countries including Pakistan along with multiple other variants from the same series. 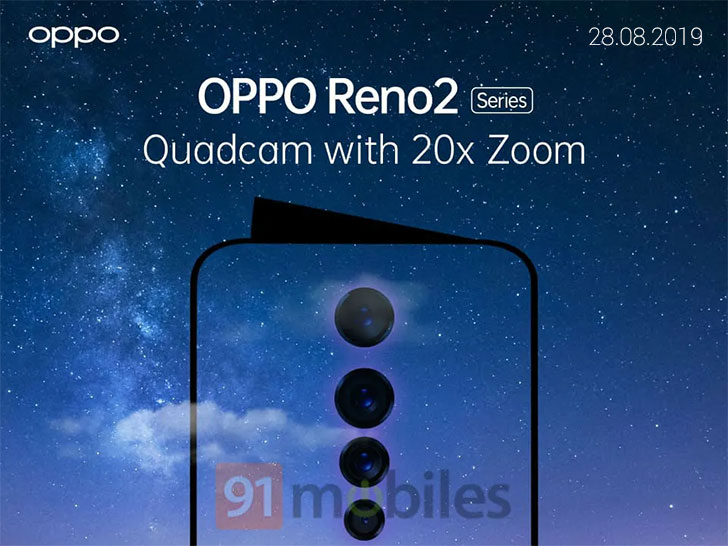 A leaked OPPO Reno 2 poster not only endorse the launch date in India but also confirms numerous other features including the Shark Fin selfie snapper and Quad camera setup at the back with 20x Super Zoom. The teaser also refers to the word "series" which basically means that the upcoming Reno 2 won't be alone in its endeavors.

The teaser also confirms the four rear cameras to be aligned vertically whereas the Reno 2 will retain the Shark-fin front shooter from the earlier Oppo reno series. The selfie camera mechanism is not the only thing that new series borrows from its predecessor, the Reno 2 also boasts an all-view bezel-less 6.43-inch AMOLED display, much similar to the OPPO Reno 10x Zoom, apart from being just 0.2 inches shorter. 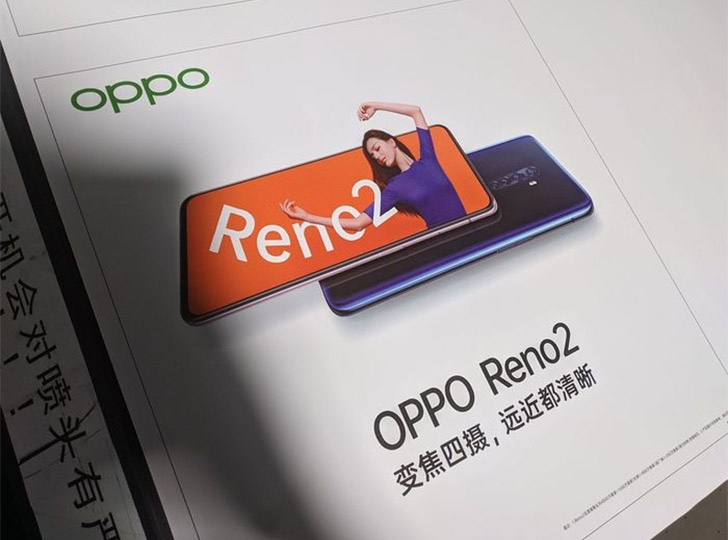 The quad-camera rear setup is rumored to include Sony’s 48-megapixel IMX586 as the main image sensor along with an 8MP ultra-wide, a 13-megapixel telephoto and 2MP monochrome lenses. The forthcoming handset is also tipped to arrive with a snapdragon 700 series under the hood. An under-display fingerprint scanner is also said to be a possibility but it's not confirmed yet.

Oppo Reno 2 is expected to come with a powerful 4,065mAh battery that will also support VOOC fast charging. The exact price or the launch date for the Pakistani market is not yet known but one thing that we can say for sure is that it'll be priced much higher than the first generation of the Oppo Reno smartphones.