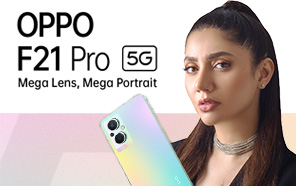 Back in April Oppo made the 4G variant of the Oppo F21 Pro official in Pakistan, and it'll take until Friday, for the 5G edition to also be released. The brand started teasing the F21 pro 5G in Pakistan yesterday, and today the company announced that it will introduce the upcoming 5G handset in Pakistan on June 03. 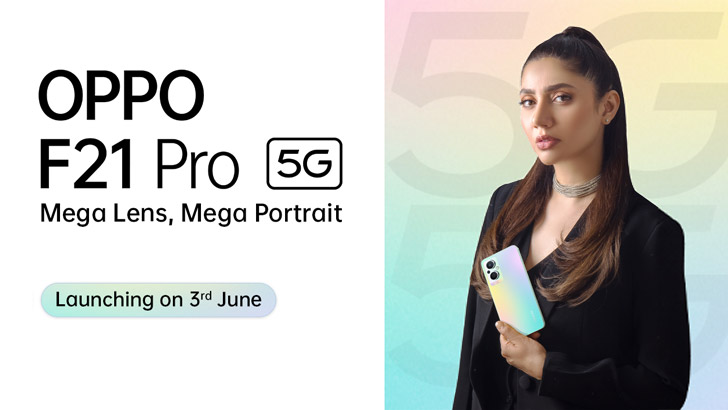 OPPO hasn't detailed the OPPO F21 Pro 5G's specs sheet on the official site yet, but the overview page confirms it to be launching in two colors: Rainbow Spectrum and Cosmic Black. Featuring frosted glass backs, the rear camera has Dual-Orbit RGB Lights around the lenses.

OPPO also mentioned the F21 Pro 5G to be equipped with a 4,500 mAh battery that supports 33W SuperVOOC charging, filling the phone's battery from 0 to 31% in just 15 minutes and a 100% in under 65 minutes. The handset is listed to have 8GB of RAM and 128GB of storage onboard. Memory-wise, you can also get an extra 5GB of extended RAM if needed. 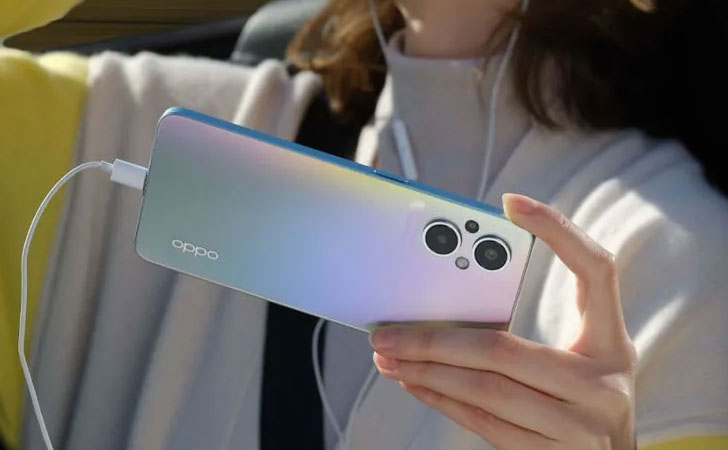 The F21 Pro 5G has the Snapdragon 695 5G SoC by Qualcomm at the helm and boots Android 12-based ColorOS 12.1. The upcoming addition to the Oppo rate list, is built around a 6.43-inch 60Hz AMOLED screen and packs a Full HD+ resolution of 2,400 x 1,080 pixels. Protected by Schott Xensation glass, the 5G edition has a side-mounted fingerprint sensor instead of an Under-display scanner. 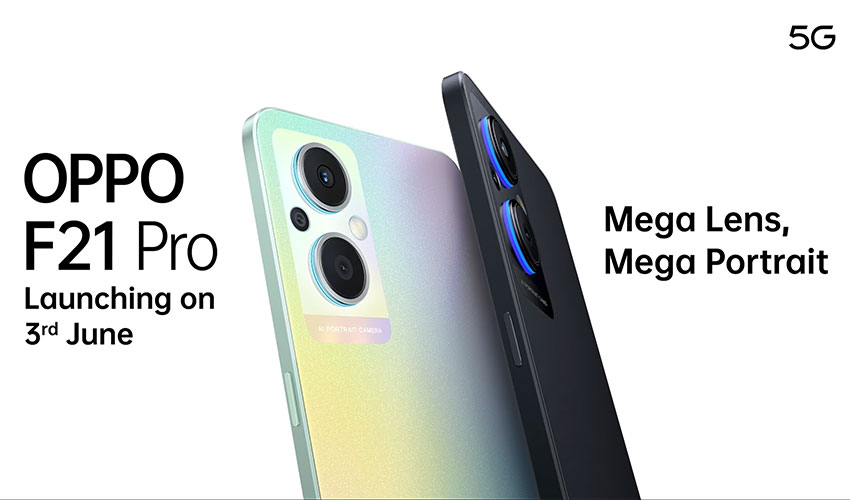 The rest of the OPPO F21 Pro 5G highlights include Reverse charging, NFC chip, IPX4 dust/water resistance, Bluetooth 5.1, 5G connectivity, and Breathing ring lights around the cameras to alert you of notifications and the charging progress. WhatMobile expects the handset to cost around Rs. 67,000 to 72,000 PKR.