Ahead of its upcoming launch on March 8, the Oppo F19 Pro+ 5G has been featured in an unboxing video. The clip was taken down shortly after, but not before its screenshots were already floating around the web. 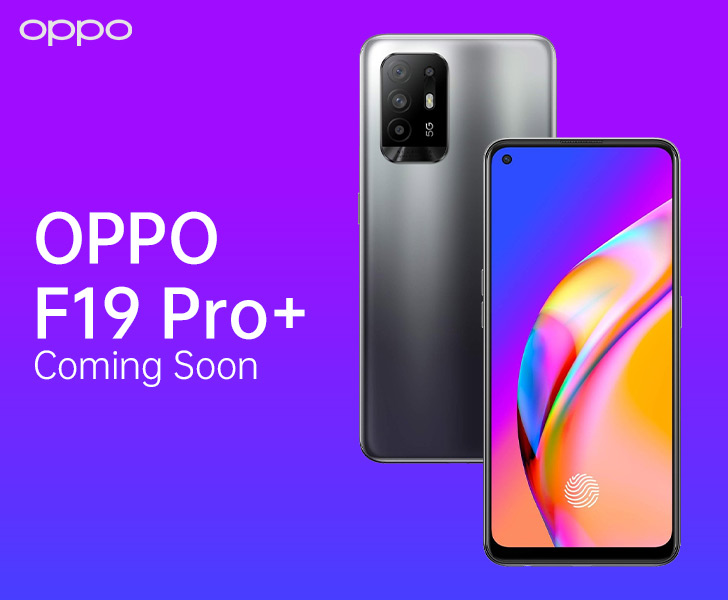 The hands-on preview starts with the Oppo F19 Pro Plus 5G’s retail box that, other than the phone, contains a 50W charging brick, a USB-C cable, a pair of earphones, and a SIM ejector tool.

Their design is always a selling point for Oppo F-series phones, but the F19 Pro+ adopts a forgettable look: generic camera plate, hole-punch screen, and a heavy chin. Nonetheless, at 173g, its build has a lightweight and slim footprint. The frame features a chrome finish, a standard speaker grille, and a reliable 3.5mm headphone jack. 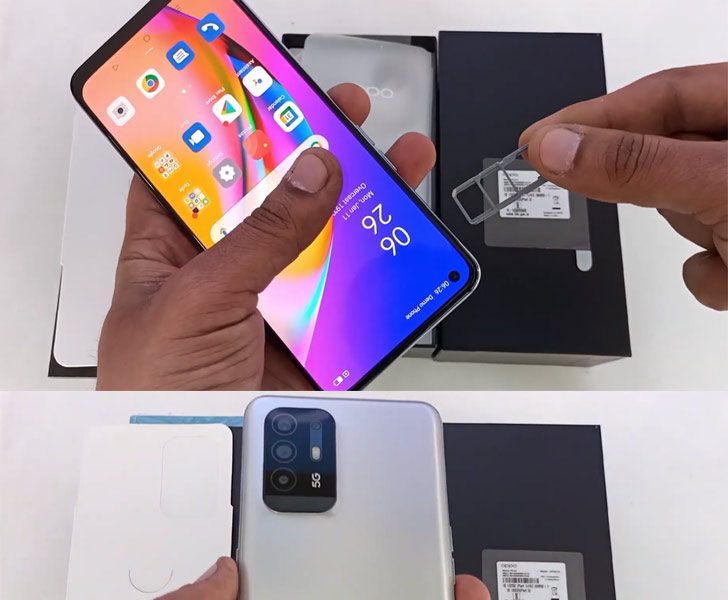 Our host doesn’t mention the specs, but rumor has it that the Oppo F19 Pro+ runs on MediaTek Dimensity 800U (from their budget line of 5G chips) and a 4500 mAh battery. This setup is paired with 8GB of memory and 128GB of internal storage (expandable using a hybrid slot.) 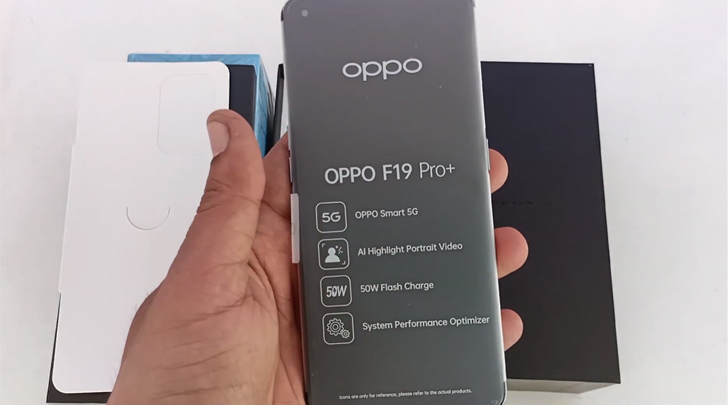 The Oppo F19 Pro+ screen — reportedly an AMOLED panel — stretches 6.43” across and delivers a full HD resolution while housing an in-display fingerprint scanner and a 16MP selfie camera. Flip it over to find a clean, chamfered backplate with a box-shaped camera island with three lenses and an LED flash. The triple-camera array is led by a 64MP sensor.

The Oppo F19 Pro Plus 5G seen in the video is the silver edition, but it’ll also be available in black.