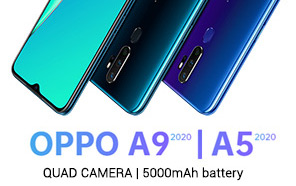 Oppo A9 2020 and A5 2020 – the reimagined models, will go on sale tomorrow country-wide. Both these handsets are among some of the most heavily leaked smartphones this year. WhatMobile already reported the release date more than a week ago, that claimed the duo will be unveiled on September 19, which also got confirmed by Oppo later on. 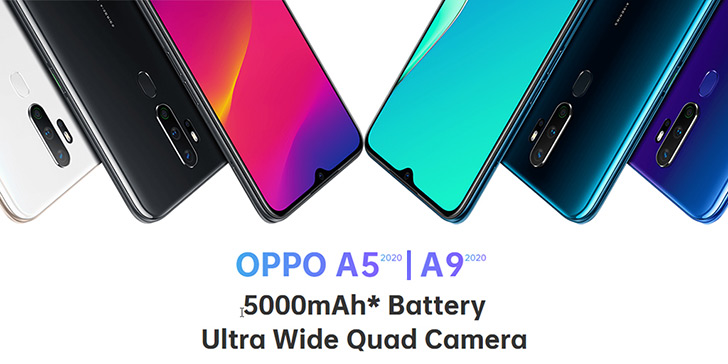 What we can tell from the official listings, both OPPO phones are presented as mid-rangers with a camera-centric and performance-driven design. Their design is eerily similar, as far as most of the raw specs go. Both A5 & A9 2020 support a 6.5-inch immersive screen with minimal bezels and a now-common small notch, boasting an 89 percent screen-to-body ratio.

The notch deserves a special mention because Oppo managed to shrink it by at least 31 percent when compared to their predecessors. The performance area is where it gets interesting. Both, Oppo A5 2020 and A9 2020 pack a massive 5000 mAh battery (which is not something you see in most mid-ranged devices). 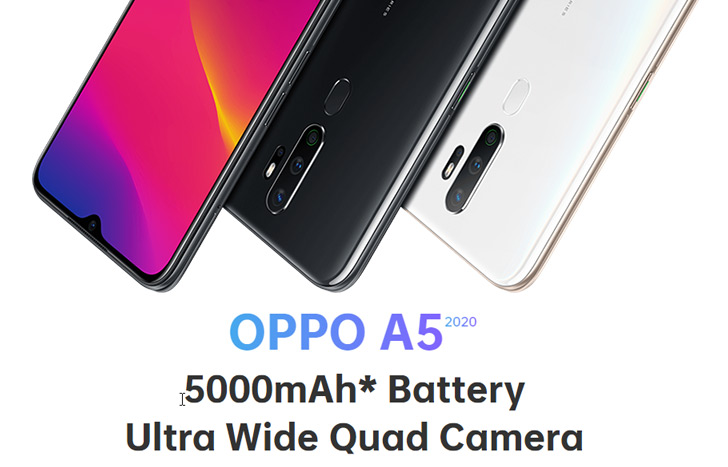 The OPPO A5 2020 appears to be somewhat less beefy, with up to 4 gigabytes of RAM and 64/128 GB of native storage. The rest of the hardware, however, is identical to the A9 2020, apart from the rear main camera. Instead of a 48MP main sensor, The A5 gets only 12MP as the Primary shooter, rest of the quad rear setup is same at 8MP ultra-wide, 2MP portrait, and 2MP depth sensors.

The A9 2020 will be rocking up to 8 gigabytes of RAM and 128 GB of internal storage, paired with a Qualcomm Snapdragon 655 chipset (again, flagship-killer hardware). 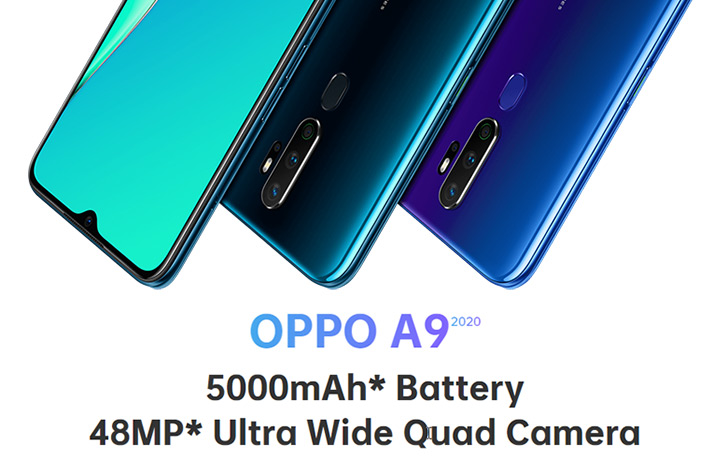 The camera package is just as exciting, if not more so. You’re looking at a quad-camera setup, with a 48-megapixel primary lens, coupled with an 8-megapixel ultra-wide sensor, and a pair of 2-megapixel depth and portrait cameras. A 16-megapixel shooter is also sitting on the front to serve as a selfie camera.

Raw pixel count doesn’t necessarily promise better photography, and that’s where the software comes into play. Making use of the Ultra Night Mode 2.0, Electronic Image Stabilization, and AI, Oppo ensured that you can the best out of your optics package.

The handsets are all set to be unveiled tomorrow, September 19th 7:00 PM at a launch event in Lahore. Arriving in two appealing color variants, Marine Green and Space Purple, the A9 2020 is expected to retail at 45,999 PKR. Whereas the A5 2020 is expected to be priced at 34,999 PKR and will be available in Black and white colours.