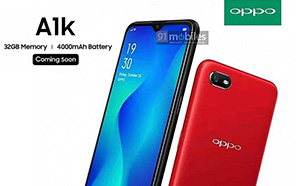 Another day, another mid-ranger averaging around 25,000 Pak rupees. Yesterday it was about the Realme 3 Pro and Realme C2, today its OPPO's turn with the new A1k. Launched today in Russia, the new Oppo A1k is powered by the Helio P22 processor.

Basically, its an OPPO A1 presented last year receiving few minor changes: the fingerprint reader disappears and the screen size is increased instead, with a water-drop notch at the top. Now the new A1k holds a screen to body ratio of 87.47%. 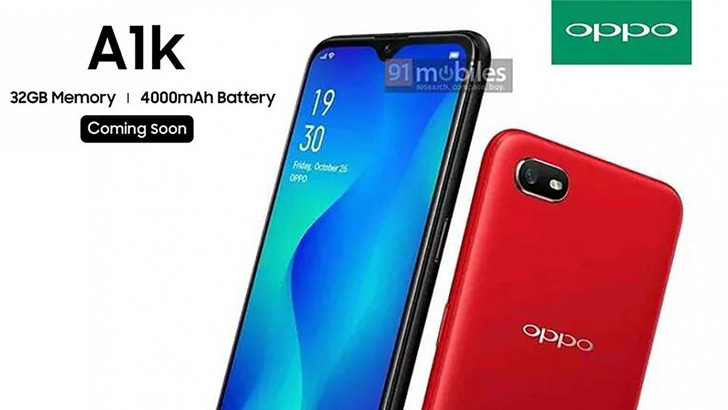 OPPO A1k comes equipped with a 6.1-inch screen that carries an HD+ resolution and an aspect ratio of 19.5: 9. The smartphone has 87.47% screen to body ratio and is protected by Gorilla Glass 3. The MediaTek Helio P22 chipset is said to run the device paired with 2GB of RAM and 32GB of internal storage.

The smartphone runs on Android 9.0 Pie operating system with Color OS 6.0 out of the box. The battery capacity is massive at 4000 mAh yet it doesn't support fast charging. The images show no fingerprint scanner at the back which eventually means that Oppo A1k will come with a face unlock feature. Oppo A1k has an 8 Mega-pixel camera on the back with Dual-LED flash. The phone will be available in two color options red and black.

The phone is also expected to reach India soon where it is expected to cost around 9,999 Indian rupees. If that's true the price translates into some  20,330/- Pakistani Rupees without taxes and could still cost well under the range despite adding the imposed levies.