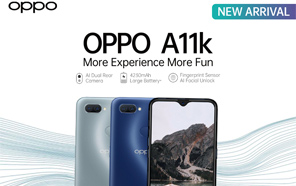 Introduced last year, the Oppo A11 was a budget A-series model. The brand has now followed it up with an even more pocket-friendly edition at affordable Oppo price: the Oppo A11k. Oddly enough, the A11k shares its design and build with the recently-launched Oppo A12, more than it does with the original A11. Let’s take a closer look. 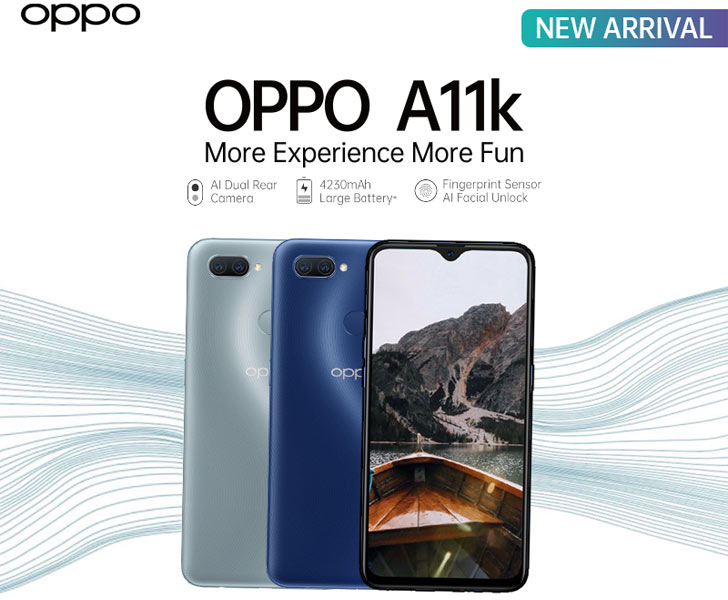 If you’re familiar with the layout seen on the Oppo A12, A11k’s should seem identical. Except that the panel itself has a glossy, sheen to it. It features a dual-camera organized inside a horizontal pill-style housing and a rear-mounted fingerprint reader in the middle. You can also unlock your device with ‘AI Facial Unlock’.

The Oppo A11 build is feather-weight at only 165g, though the thickness is on the heftier side. Available in Flowing Silver and Deep Blue options, the A11k has a somber, soft plastic-like feel to it. 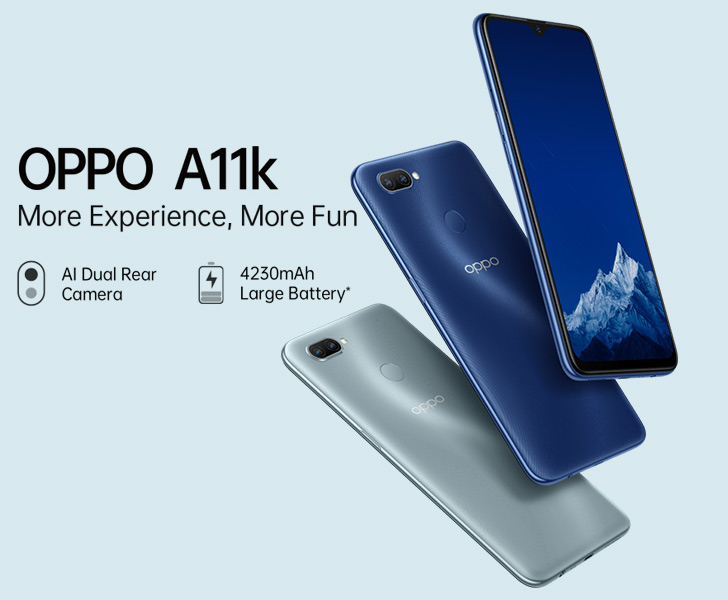 Around the Oppo A11k's front, there’s a notched display, bordered with slim bezels all around. The screen is an IPS LCD panel that stretches 6.22” corner-to-corner, delivering an HD+ resolution, a 19:9 aspect ratio, and an 89% screen-to-body ratio.

The camera combination uses a 13MP primary lens and a 2MP depth-assist sensor for hardware-grade bokeh. The front camera has a more modest 5MP lens behind it --augmented with AI Beautification.

Behind the scenes, an octa-core processor clocked at 2.3GHz handles the number-crunching, backed up by a 4,230 mAh battery. The chipset is hooked up to 32GB of storage (expandable to 256GB) and 2GB of RAM. Oppo ships the A11k with the previous-gen ColorOS 6.1 (based on Android 10).

If you follow Oppo’s typical release calendar, a launch in India is usually followed by the Pakistani market. The Oppo A11k has already hit the neighbors, suggesting that its release in Pakistan inches closer. WhatMobile expects the phone to start at Rs. 21,999.