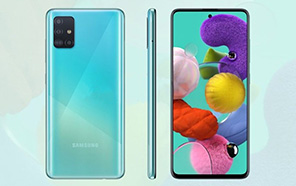 Samsung Galaxy A51 Launching on December 12, Press Renders and Specifications are out

Thanks to @OnLeaks, we got a first look at the early CAD renders of multiple Samsung Galaxy A-series devices last month, including the Galaxy A51. Courtesy of SamMobile, the first official renders for Galaxy A51 have now been leaked online, as well. This successor to the wildly popular Galaxy A50 has already been signed off by the FCC, pointing to an imminent launch. Here’s what we know so far. 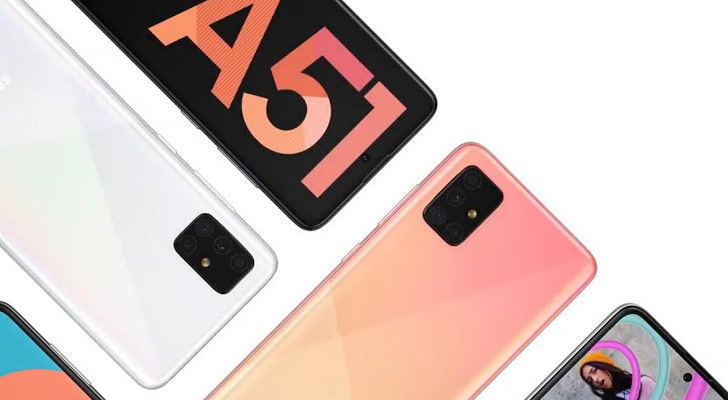 First things first, Samsung Galaxy A51 design. The latest renders showcase a familiar centered punch-hole and an L-shaped camera layout. Samsung has managed to shave off the bezels further and has borrowed the punch-hole nestled in the dead center design from this year’s Galaxy Note 10.

The L-style camera modules have already been spotted on multiple renders (scheduled for release in Q1 of 2020), and seem to be the signature design for Samsung’s next-generation offerings -- flagships and sub-flagships alike. 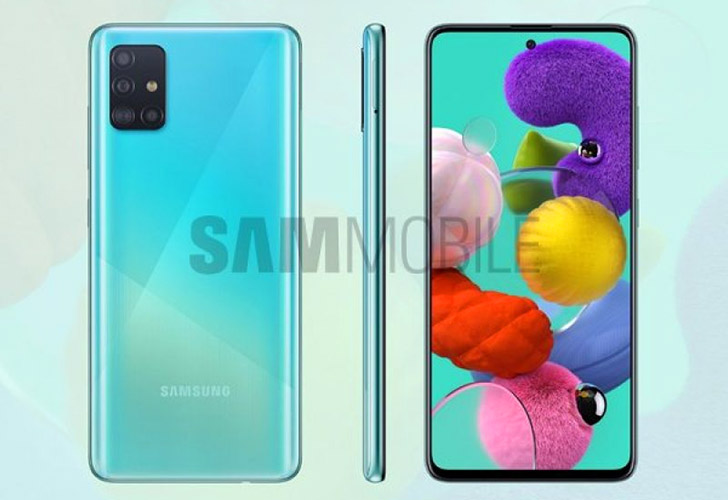 The build is sandwiched between two glass panels, offered in four pastel hues: white, black, pink, and blue. On the front, you’re looking at a 6.5-inch Super AMOLED display that produces an FHD+ resolution and houses an in-display fingerprint reader.

The camera embedded inside the punch-hole maxes out at a respectable 32-megapixels. The quad-camera setup on the back features a 48-megapixel main lens, rounded off by a 12-megapixel ultrawide angle sensor and a pair of 5-megapixel depth, and macro shooters. The 5-megapixel macro shooter is supposed to let you snap better close-ups, without sacrificing focus as you would with a telephoto lens. 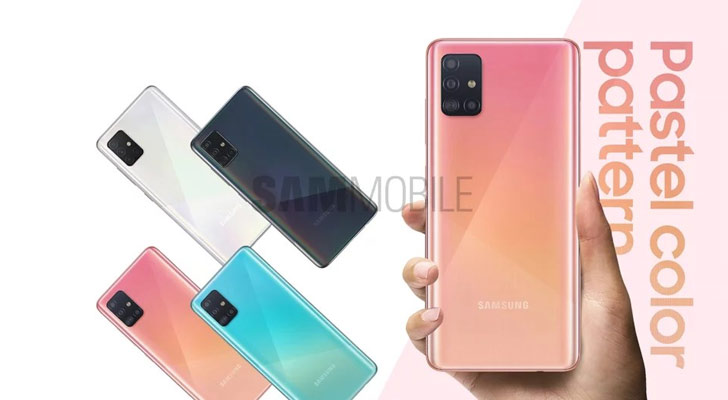 Samsung is all set to unveil the Galaxy A51 at a launch event in Vietnam on December 12, 2019. Seven more models, all part of the Galaxy A lineup, are expected to follow this release before finally landing in Pakistan at some exciting new Samsung Prices.