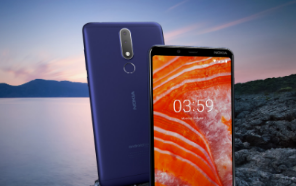 Nokia 3.1 Plus gets Official, entry level smartphone with dual camera

Lots of features for less money: HMD Global unveiled its latest smartphone, the Nokia 3.1 Plus. For an entry-level smartphone, the device has a solid hardware. However, the new model does not have a notch like 5.1 Plus or 6.1 Plus.

The Nokia 3.1 Plus has a 6.0 inches display carrying an HD Plus resolution (1440 x 720 pixels). In addition, the screen offers the modern aspect ratio of 18:9. HMD Global ditched the notch this time, found at the top of the screen in Nokia 5.1 Plus and the Nokia 6.1 Plus. 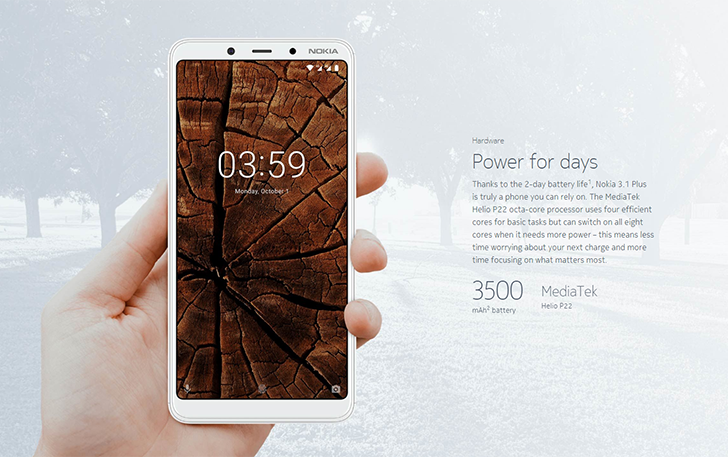 On the back of the Nokia 3.1 Plus is a dual camera setup consisting of 13MP and 5 MP sensors. The dual camera setup makes the bokeh effect possible by blurring the background in portraits to better highlight a subject. On the front, you'll find an 8-MP camera with wide-angle lens.

MediaTek Heilio P22 chipset is in the driving seat with 2 or 3 GB of RAM, depending on the phone version. There is a choice of 16 GB and 32 GB of internal memory that users can further expand via a microSD card. The operating system is Android Oreo (Android One) - the unmodified Android operating system.

The battery has the capacity of 3500 mAh and should allow a running time of just under two days. The Nokia 3.1 Plus has an aluminum body available in blue, white or gray colors. So far, the market launch is confirmed for India only, where the smartphone was launched for 11,499 Indian Rupees which roughly translates to about 20,500 Pakistani Rupees.