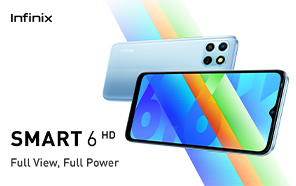 The 4GB+64GB edition of the Hot 11 Play was launched last year. Infinix has followed up on that release with a 4GB+128GB model. The Hot 11 Play features a beefy battery and a big, roomy display. We’re looking at a 6.82” IPS LCD with a notch bleeding. Its resolution peaks at an unremarkable 720P resolution. The panel fills a tall 20.5:9 aspect ratio (not optimized for single-handed use.) 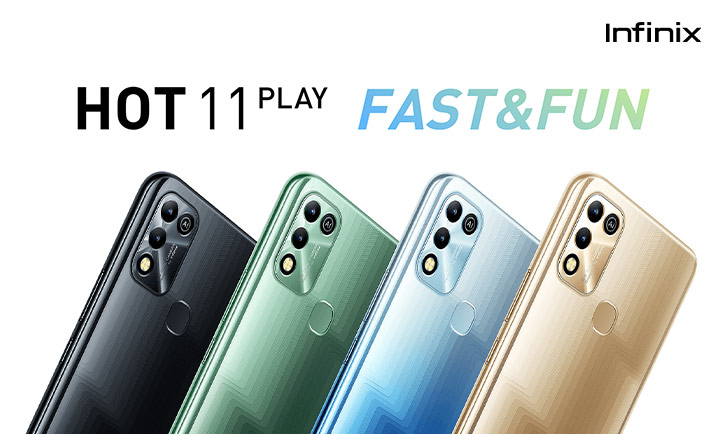 It’s all powered by a colossal 6000 mAh battery that lasts 75.5 days on standby and 16.4 hours of gaming. MediaTek Helio G35 does all the number-crunching inside the Hot 11 Play. XOS 7.6 x Android 11 runs on the hardware.

The casing comes in Sunset Gold, Exploratory Blue, Polar Black, and Haze Green colors. An instant fingerprint scanner is placed next to the camera system. The primary lens uses a 13MP sensor, while the front camera has an 8MP sensor behind it.

Infinix Smart 6 HD is the cheapest Infinix on the market right now. Its display is a 6.6” notched panel featuring a 720P resolution and 500 nits of peak brightness. A 5000 mAh battery powers the Smart 6 HD that lasts 102 hours of music playback and 26 hours of video streaming. 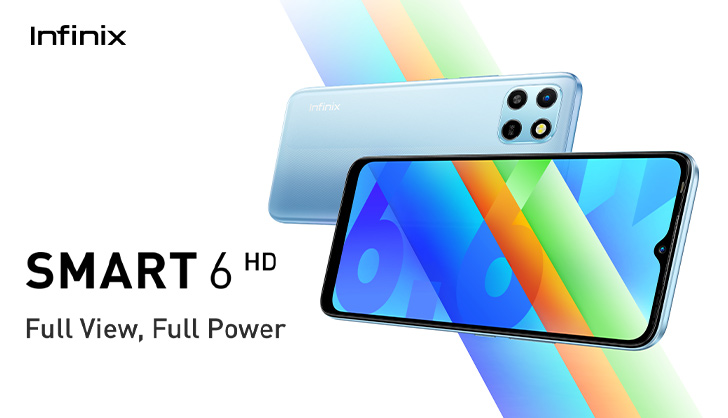