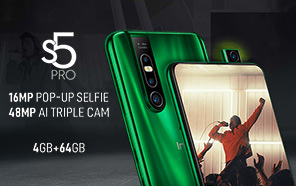 The budget-centric brand Infinix is following up its popular release from October 2019 -- the Infinix S5, with a ‘Pro’ edition. This newest addition makes it the third member of the S5 family, after the vanilla S5 and S5 Lite. The pop-up camera touting Infinix S5 Pro has gone official today and we expect the model to land in Pakistan soon. 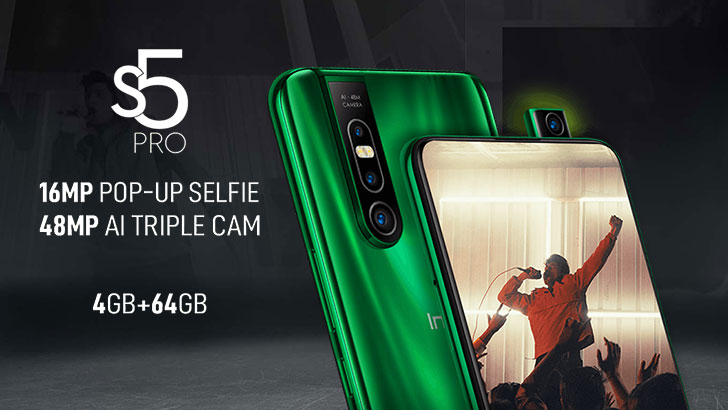 As is customary with Infinix’s designs, the Infinix S5 Pro features minimal bezels all around to bring you a FullView Display that produces an FHD+ resolution. The display measures 6.53 inches and delivers a screen-to-body ratio of 91 percent. Infinix has ditched the punch-hole which its predecessors rocked, in favor of a pop-module. 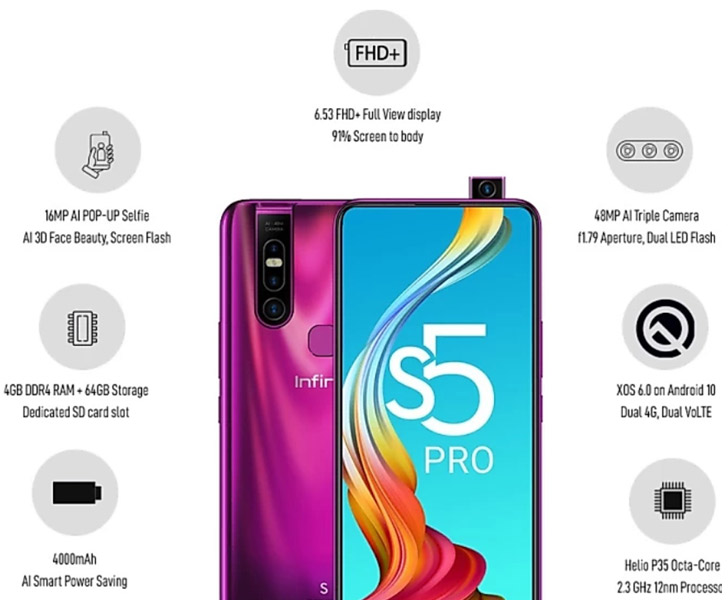 An AI triple camera sits on the top-left corner of the rear-shell of S5 Pro, housed inside a black camera bump -- that extends into the glossy Violet or Green panel. The primary shooter has a 48-megapixel unit behind it, paired with a 2-megapixel depth assist lens and a low-light sensor and all of that at an affordable Infinix Price.

It's a sizable improvement over the 16-megapixel main camera that its predecessor offered. For capturing selfies, the S5 Pro includes a modest 16-megapixel front-facing camera. A traditional rear-facing fingerprint reader rests in the center, as well. 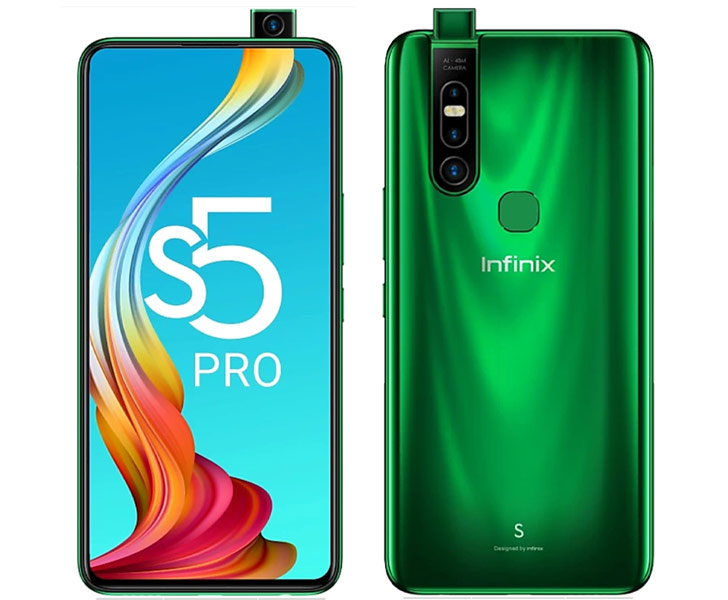 To keep the Infinix prices in check, an outdated MediaTek Helio P35 ARM SoC from 2018 powers the device, with an octa-core processor built into it. Infinix has combined this underwhelming platform with up to 4 GB of RAM and 64 GB of native storage (that can be expanded up to 256GB with a microSD card).

To recall, it’s the same memory combo as last year’s Infinix S5, so no upgrades there. The same goes for the battery, which maxes out at 4,000 mAh and lacks any support for fast-charging. The entire hardware runs on an Android-10-powered XOS 6.0 with integration for smart AI power saving.

On paper, the Infinix S5 Pro carries the impression of a mid-range smartphone, but for its retailing price of 24,999 PKR, it might be the cheapest 2020 pop-up camera smartphone you can find in the market.