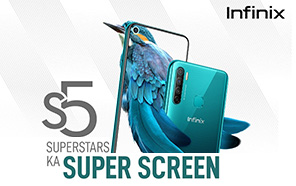 Infinix S5 got official with a punch hole display, coming soon to Pakistan at an attractive price

True to its form, the budget-centric brand Infinix has unveiled its newest non-flagship -- the Infinix S5. Building on its predecessor, this newest offering from Infinix rocks a quad rear camera setup but only has some modest internals to offer. Let’s take a closer look. 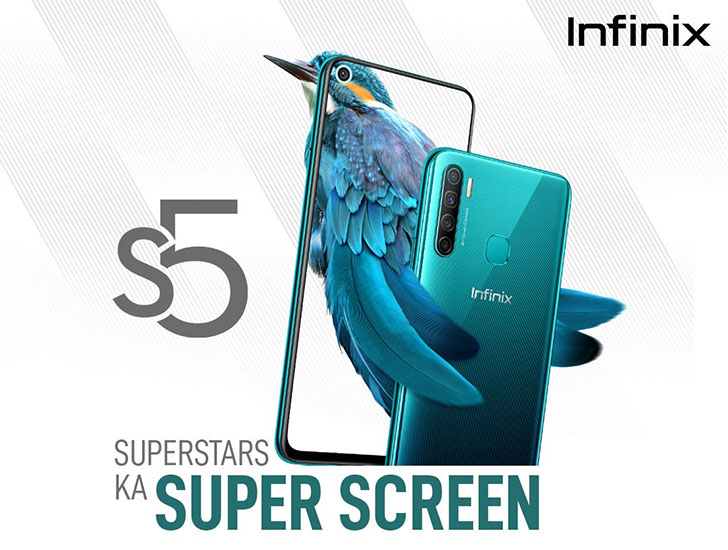 On the top left corner of S5, you’re looking at a punch-hole housing for the 32-megapixel camera. It sports a large 6.6-inch display which maxes out at a 1600X720 resolution – an HD+ screen which some users might find disappointing. Save for the display, the internals this smartphone pack are fairly solid, especially for a budget-friendly pick.

With its MediaTek Helio P22 chipset combined with 4 GB of RAM and 64 GB of onboard storage, the performance of Infinix S5 remains rather respectable. If the native storage won’t suffice, you also have the option of expanding that storage up to 256 GB, thanks to microSD support. 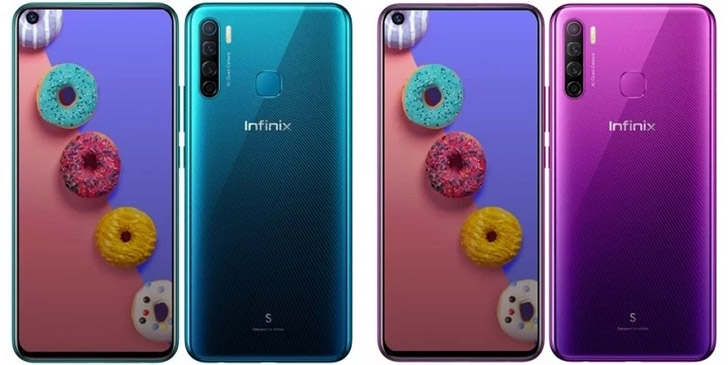 No surprises in the optics department either, as Infinix Hot S5 touts a quad-camera setup with a 16-megapixel primary snapper and a 5MP+2MP secondary configuration. The 5MP lens is a macro sensor that aims for better close-up shots and videos.

Powered by a 4,000 mAh cell borrowed from the Infinix S4, it runs on Cheetah OS, which is an XOS 5.0 based Android Pie (9.0). As for security, it comes with a standard capacitive rear-mounted fingerprint sensor as well as support for face unlocking.

It’s being offered in Quetzal Cyan and Violet hues and is expected to retail for roughly 20,000 PKR. It goes without saying that the phone doesn’t add a new dimension to your smartphone experience, but this affordable handset still offers a great value for the money. Do you think a few slight improvements are worth the upgrade over the still recent S4? Let us know what you think in the comments!