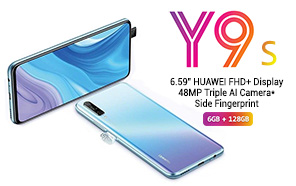 Huawei is refreshing its still-recent Y9 (2019) with an "S" moniker and this upcoming Y9s (2019) is going to be unveiled in Pakistan, by the end of November 2019. Following its release, we expect it to hit the store shelves in the first week of December. Courtesy of a credible source, the Y9s 2019 will receive some major hardware upgrades, and where the original Huawei Y9 2019 falls strictly into the budget-friendly category, this revamped variant should be a mid-tier device – at least on paper. 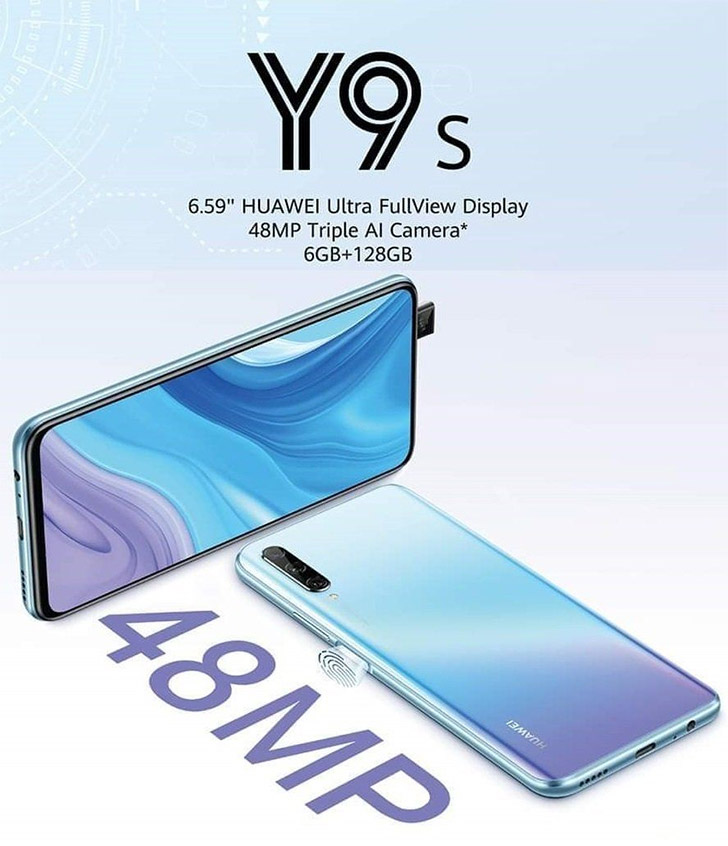 The leaks stemming from the aforementioned source reveal the design and the raw spec sheet for this mid-ranger. With a somewhat of a mix between The P and the Y series, The Y9S has got the back of the P30 series while the front bears a striking resemblance to the already available Huawei Y9 Prime 2019. The handset will offer a notch and punch hole-free design, with a pop-up module serving as housing for the 16-megapixel front-facing selfie camera.

The display of the Huawei Y9s 2019 measures 6.59 inches and produces an FHD+ resolution of 2340 x 1080P and a best-in-class pixel density of 391 PPI. Its frame is sandwiched between two glass panes, giving it a clean and monolithic look, thanks to the side-mounted fingerprint placement. 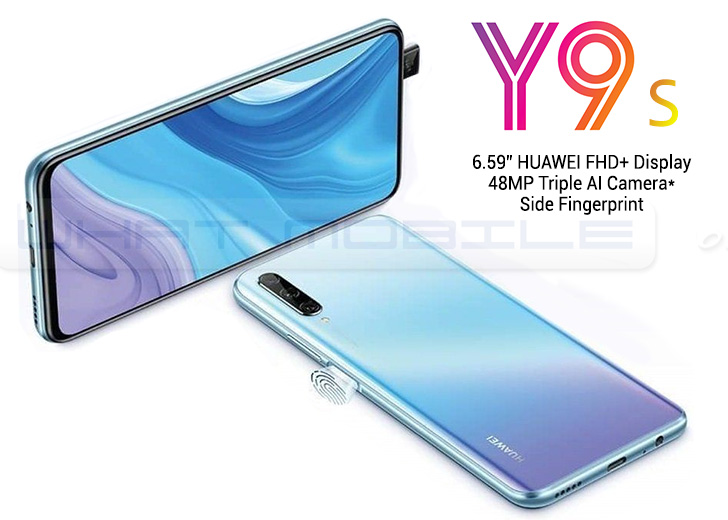 For the optics package, you’re looking at a triple-camera setup with a 48-megapixel primary shooter, combined with an 8-megapixel wide-angle lens, and a 2-megapixel tertiary sensor. It’ll feature a HiSilicon Kirin 710F SoC with octa-core A73 processors, paired with up to 6 GB of RAM and 128 GB of onboard storage baked into it. Note that this hardware is an upgrade from the Kirin 710 chipset and 4GB/64GB configuration found in Y9s 2019’s predecessor.

Speaking of upgrades, The source confirms that the Huawei Y9s will come with support for Google Apps somehow, despite the ongoing US trade ban. Depending on how things shake out over this next month, Huawei might manage to get itself whitelisted, but in the event that it can’t, this excellent mid-tier Y series device won't get affected as it meets the required google certification.

Huawei Y9s will be running EMUI 9 on top of Android Pie (9.0) with all the google apps pre-installed. The device is all set to launch in Pakistan by the end of November and is expected to hit the store shelves in the first week of December. The expected Huawei price could fall anywhere around 40,000 to 45,000 Pakistani rupees.