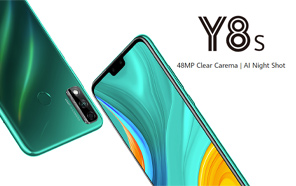 The seemingly endless slew of budget and mid-range Huawei phones continues as the Chinese technology giant unveils the Huawei Y8s. The phone revives the wide wedge-notch design from two generations back and houses two selfie cameras inside it, all of that at an affordable Huawei price. 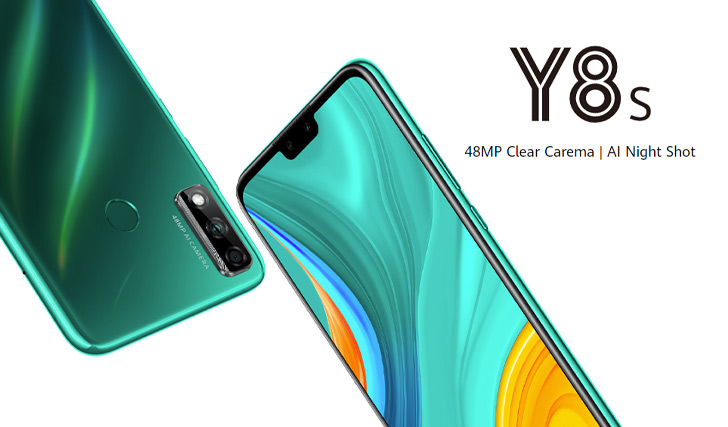 Let’s start with the Huawei Y8s design. The notch occupies a 6.5” FHD+ display, surrounded by modern, slim bezels. And on the back panel, you get a gorgeous iridescent finish look, which Huawei calls, a ‘multicolored clouds’ design. It comes in Emerald Green and Midnight Black.

Also part of the Y8s rear shell is a dual-camera and a capacitive fingerprint reader. The twin-camera system lives in a tiny rectangle-shaped bump, stacked on top of an LED flash. The primary camera has a robust 48MP sensor (f/1.8), paired with a 2MP depth assist lens.

The dual AI selfie camera of Y8s by Huawei contains an 8MP primary shooter, as well as a 2MP depth sensor that allows for hardware-level bokeh – an uncharacteristic feature for a 2020 smartphone. For better low-light shots, the camera ensemble uses an AI-augmented ‘Super Night Shot’. 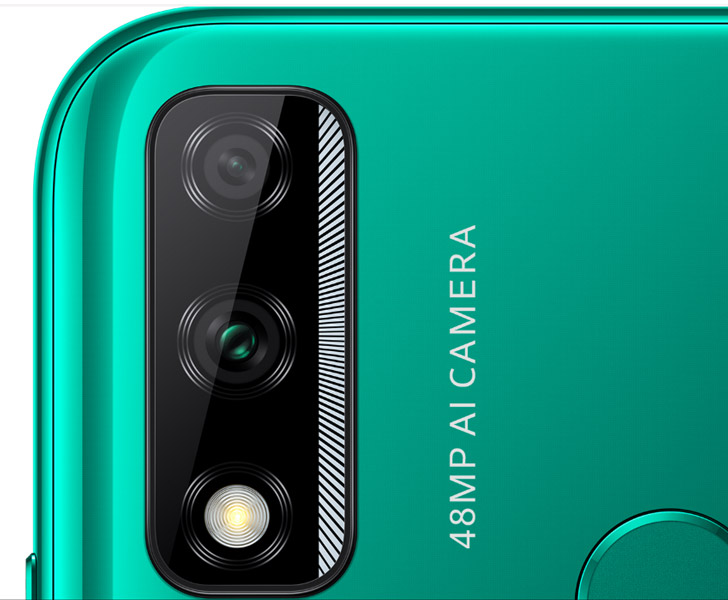 A Kirin 710 processor does the number crunching, paired with 4GB of RAM and 64GB/128GB of native storage (expandable up to 512GB with a microSD card). The chip has a Mali G51-MP4 GPU built into it, which Huawei’s UI boosts with ‘GPU Turbo’ for enhanced gaming performance.

The Y8s internals are powered by a 4,000 mAh battery, that charges over a previous-gen micro-USB port and lacks any support for fast charging – which is underwhelming considering the mid-range profile of the device.

In a similar vein, the hardware runs on last year’s EMUI 9.1. Note that, unlike most Huawei models, however, the Huawei Y8s does ship with Google Mobile Services onboard.

Huawei Y8s is listed on Huawei Jordan’s official page for now and is also expected to arrive in Pakistan anytime soon. The company has yet to share the Huawei prices and availability details, but WhatMobile expects the phone to start at Rs. 29,999.