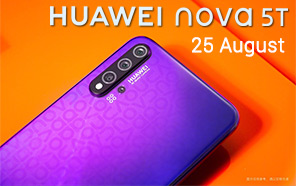 Huawei Nova 5T is all set to be unveiled globally on 25th of August, coming soon to Pakistan

After Nova 5i and Nova 5i pro, Huawei is all geared up to drop another Nova smartphone on the market. It all started with Nova 5 and Nova 5 pro and now the company is all set to add the new Nova 5T. After the new addition, the series will end up with a total of 5 nova smartphones. 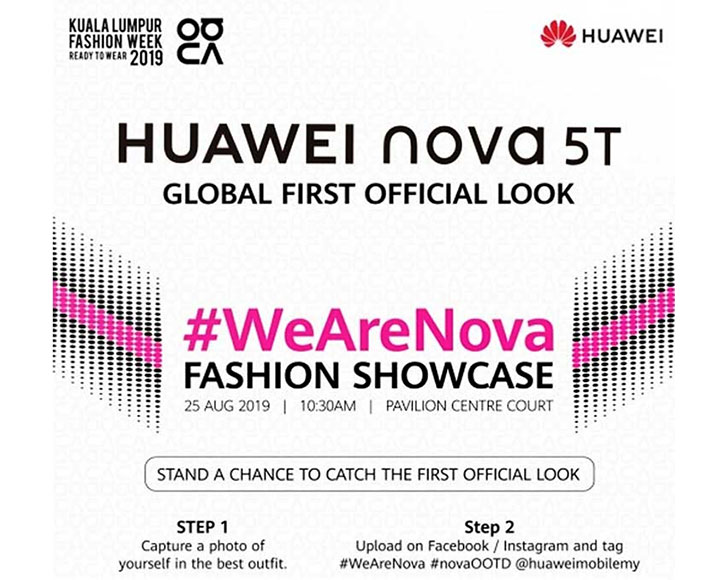 The time for the announcement of Huawei Nova 5T has been decided, it is on 25 August in Malaysia. The local sources also confirm a Nova landing soon in Pakistan. And at the moment, we really don't know which one to be exact but Huawei Nova 5T does appear to be a strong contender: first, being launched into a similar market like Malaysia; and second its the latest one of the new nova series.

The specs released are quite praiseworthy for a high-end mid-ranger, Nova 5T will come with a quad-camera setup at the rear, equipped with a 48-megapixels main sensor. The rest of the setup includes a 16-megapixels ultra-wide, a 2-megapixels wide and a 2MP depth sensors. There is also a 32MP in-display selfie camera on the front placed in the punch-hole display of the phone. 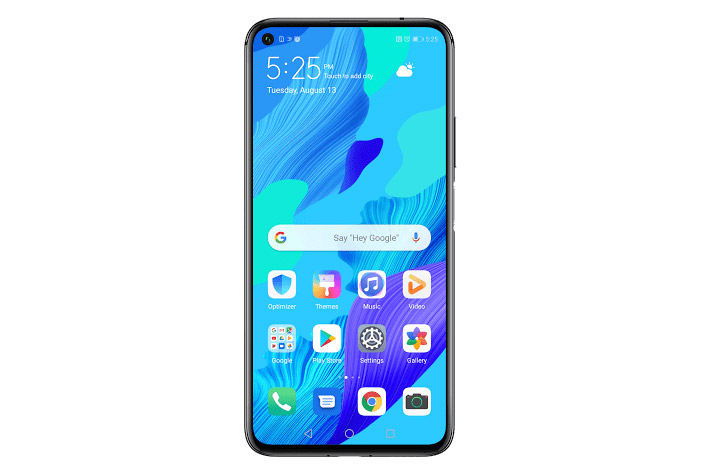 Talking about the specs, the Nova 5T display is supposedly 5.5-inches with a punch-hole, placed on the upper left corner. The front and back are made of glass while the frame is carved out of aluminum. Huawei intends to bring another change this time by placing the fingerprint scanner on the side, instead of adding it to the back.

Let's jump right into the hardware of the phone. While the Nova 5T is powered by the Kirin 980 chipset, it is expected to be released with the Android 9.0 (Pie) OS. The smartphone is expected to arrive with 6/8GB of RAM and 128GB/256GB gigabytes of internal storage. Powered by a 3,750mAh battery the handset also supports 22.5W of fast charging.

Like the Huawei Nova 5i, the 5T will also be available in Midnight Black and Sapphire Blue colors and the price is expected to fall around $499 which estimates roughly to Rs. 79,999 PKR in Pakistan. Huawei Nova 5T is launching in Malaysia on 25 August and is said to land in Pakistan real soon, we don't have the exact dates for the local market yet but it's expected before the arrival of Huawei Mate 30 pro.