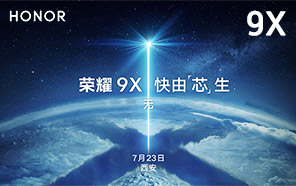 After much of the speculations and rumors, Honor has formally announced to reveal the upcoming honor 9X series on 23rd of July 2019 in China. The news was shared by uploading a poster on the official Honor Weibo account. 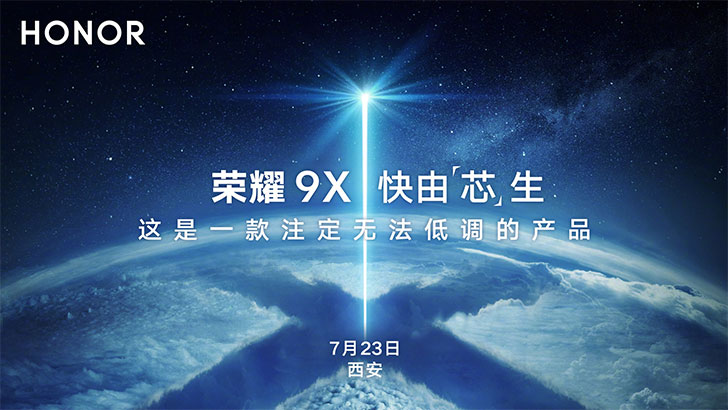 Huawei's sub-brand not only announced the launch dates for the new smartphone series but have also confirmed few keys specs for Honor 9X Pro and 9X in the past. The upcoming successor to the Honor 8X will be featuring the latest HiSilicon Kirin 810 chipset.

A month earlier, the Company's Vice President, Mr. Xiong Junmin categorically stated that the upcoming honor 9X lineup will be equipped with the Kirin 810 processor, based on 7nm fabrication. Other specs rumored earlier, include a 6.5-inch screen for 9X while the pro variant is expected to arrive with a 6.7-inch screen. Both the handsets will be available in different variants based on RAM and storage.

I had these images for the past 10 days. I shared them on Telegram too I believe. I cannot confirm whether they are legit or not as of now, but these are the alleged shots of the Honor 9X.#huawei #honor9x #honor9xpro pic.twitter.com/XduhH810IT

In the front camera department, The honor 9x is expected to carry a 16MP or 20MP selfie shooter but there's no verified leak yet whether the phone will arrive with a notch, punch hole, or pop-up camera mechanism. According to a young leakster Mukul Sharma, he got some images that indicate 9X to be arriving with a pop-up camera, but the images are not yet verified and could be photoshopped.

Other specs in circulation include Android 9 Pie operating system, EMUI 9, and a 3,000 mAh battery. Last year, when Honor 8X got launched in Pakistan it was tagged as the 'flagship killer'. It will be quite interesting to see what tricks honor has up its sleeves this time around.