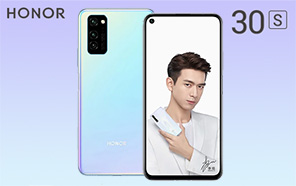 Honor's official Weibo handle has announced that the company will be launching the upcoming Honor 30S on March 30 — as earlier rumors predicted. The announcement was accompanied by a teaser poster that hints at the phone’s hardware, indicating that the phone will debut with support for 5G and that too at an amazing Huawei price. 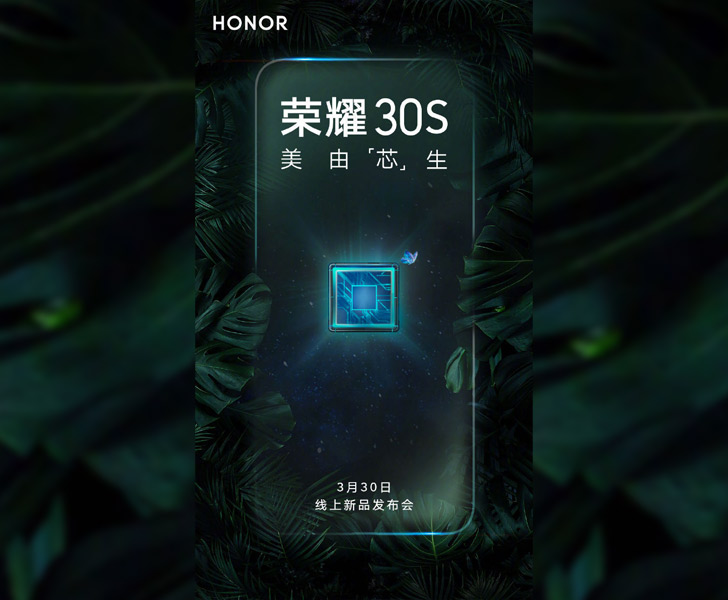 Speculation has it that the Honor 30S will run on the yet-to-be-introduced HiSilicon Kirin 820 platform, which comes with a 5G modem baked into it. Reportedly, the chipset houses a 7nm manufacturing process, Corex A77 cores, and a Mali-G77 GPU. The Huawei Nova 7 and Honor 10X have also been reported to run on the same Kirin 820 SoC.

Honor 30S predecessor, the Honor 20S, was powered by a Kirin 810 system, which will now be succeeded by the alleged Kirin 820, but ‘Kirin 820’ might not be the finalized title. 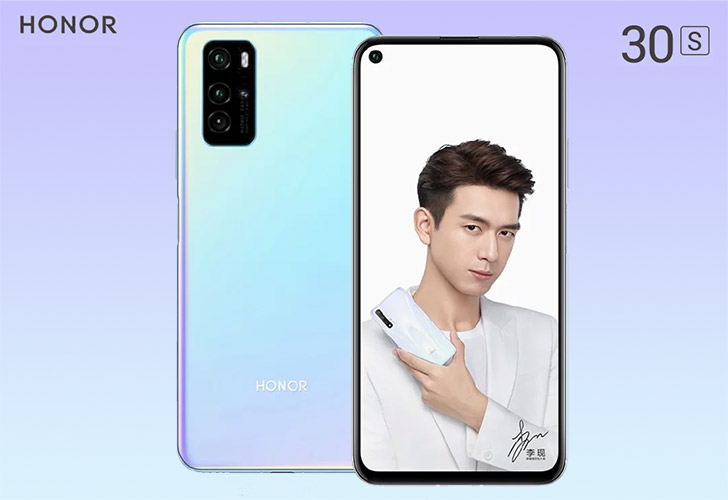 No additional specifications for the 30S by Honor are available yet, but earlier renders do give us a glimpse into its design. Same as last year’s 20S, the Honor 30S will sport a single punch-hole design but a triple camera on the back. Renders show that the housing is a black rectangular bump, with three lenses stacked vertically and a fourth camera that flanks them, forming a T-shaped layout. There’s no way of confirming its function based on the renders alone, but it could be a ToF sensor. An LED flash also sits atop the fourth shooter. 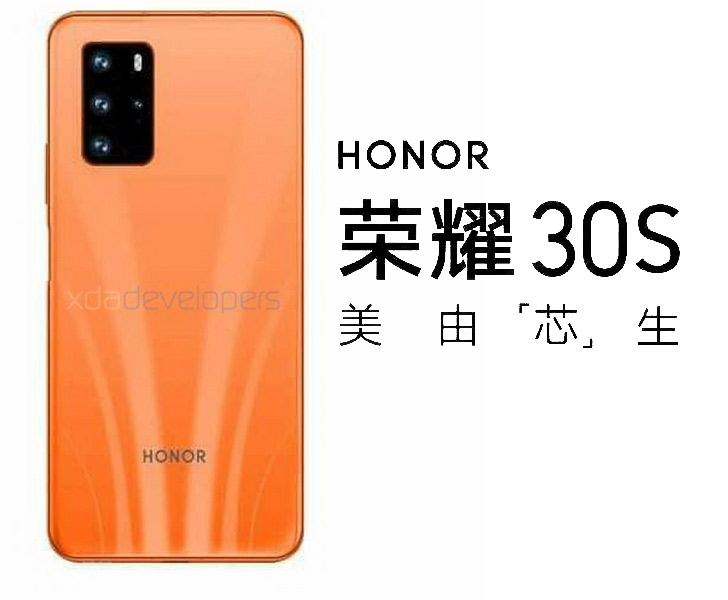 You can also make out a side-mounted thumbprint reader, that doubles as the power button. The rear shell will come in at least two hues: orange and pink-to-blue. The latter resembles the familiar iridescent Breathing Crystal design, but the orange color is particularly striking. The battery details are thin on the ground, but XDA Developers reports that Honor 30S will arrive with support for 40W fast charging.

It's a bit too early to predict how Huawei prices the upcoming device, however, speculation has it that the phone will start from 2450 RMB which converts to some 55,000 Pakistani rupees.