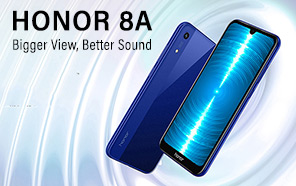 After unveiling the Honor 20 pro flagship, Huawei's subsidiary Honor has just released the new 8A budget smartphone for sale in Pakistani market. The handset was launched in China much earlier this year, in January. In the mainland, the handset is known by a totally different name of Honor Play 8A and its quite an affordable device. 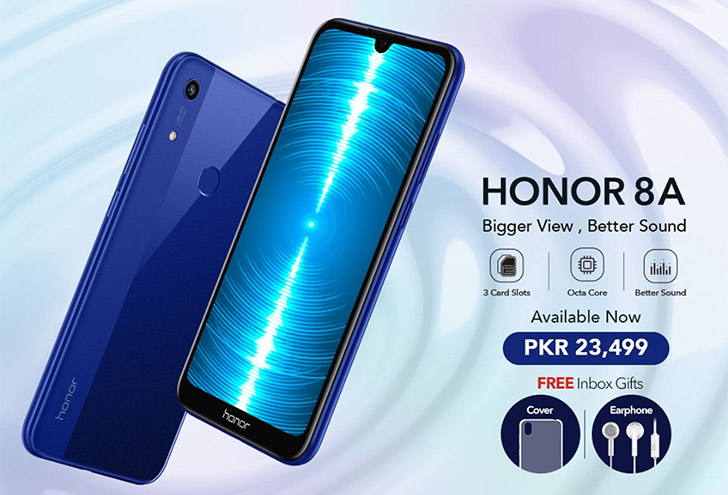 Honor 8A comes equipped with a 6.09 inch IPS LCD screen with a 19.5:9 aspect ratio and has a small-sizes dew-drop notch at the top of the screen to house the front camera. Display resolution is HD at 1560 × 720 pixels, while the fingerprint scanner is located at the back.

In term of Cameras, Honor 8A has a single 13 megapixels camera at the back with an f/1.8 aperture size. The front camera, on the other hand, has an 8 megapixels sensor that supports an aperture size of f/2.0. 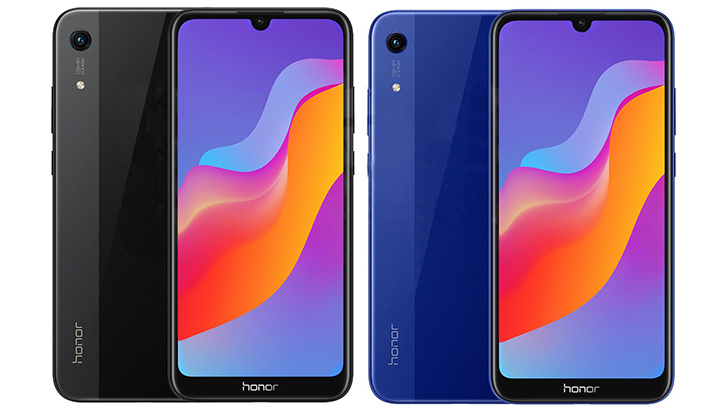 The 8A by Honor rocks a MediaTek Octa-core Helio P35 MT6765 chipset (4x 2.3GHz ARM Cortex-A53 + 4x 1.8GHz ARM Cortex-A53). Honor 8A has 3 GB of RAM whereas there are two different variants based on storage, 32 GB and 64 GB. The storage can further be expanded with a microSD memory card, The card slot is separate from the two SIM card slots.

CLICK HERE TO SEE
Honor 8A Price in Pakistan & Specs

Honor 8A device runs on Android 9.0 Pie operating system out of the box with Huawei's very own EMUI 9.0 on top. The handset is now available in the markets across Pakistan at just 23,499/- rupees and comes in black, blue and gold colors. So now its time to experience the amazing view with DewDrop display and top-notch sound quality of Honor 8A to take you to the next level of fun