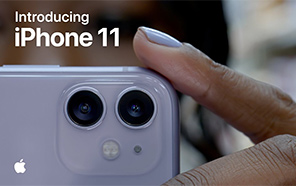 Apple has announced its new generation of iPhones at an event on Tuesday, September 10th. And here is everything you need to know about the new iPhones, including the specs, features, prices and the improvements they bring over their predecessors. 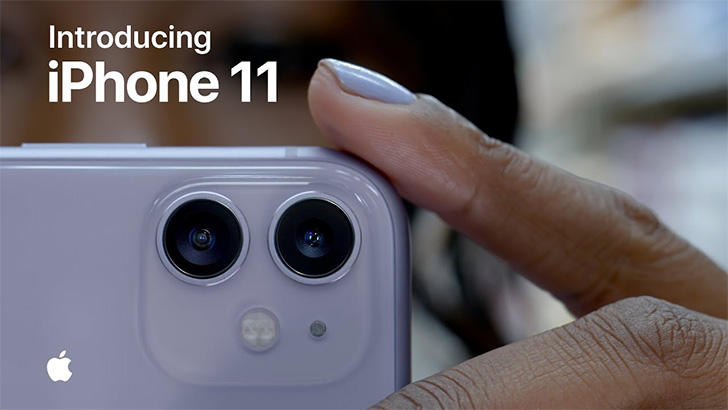 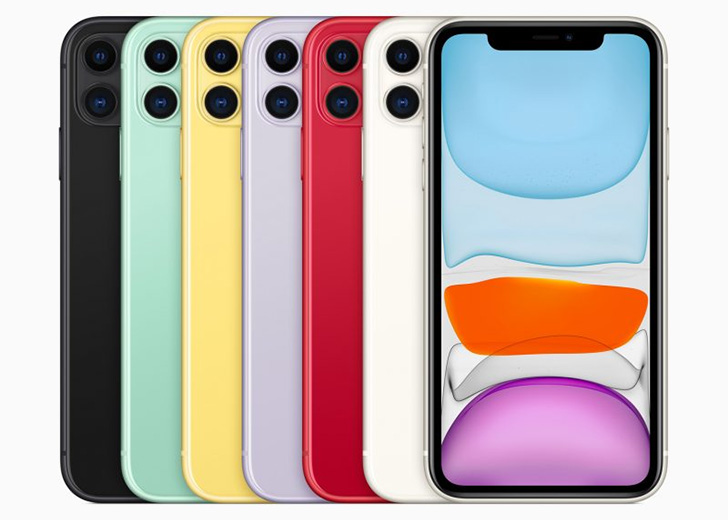 The iPhone 11 Pro and iPhone 11 Pro Max offer higher quality OLED displays than the iPhone 11, with a stainless steel body, one extra camera behind, longer battery life and few other minor enhancements.

Same screen sizes as the predecessors 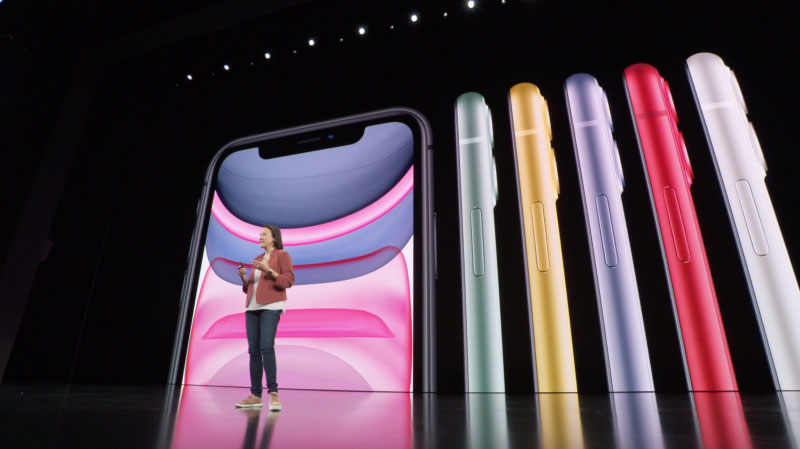 No new iPhone model will feature the 3D Touch touch function that was once introduced to the iPhone 6s. In the new iOS 13 operating system, Apple has replaced the entire 3D Touch with the Haptic Touch. Its nothing new if you are already familiar with the iPhone XR, basically the Haptic touch is a long press with vibration feedback. 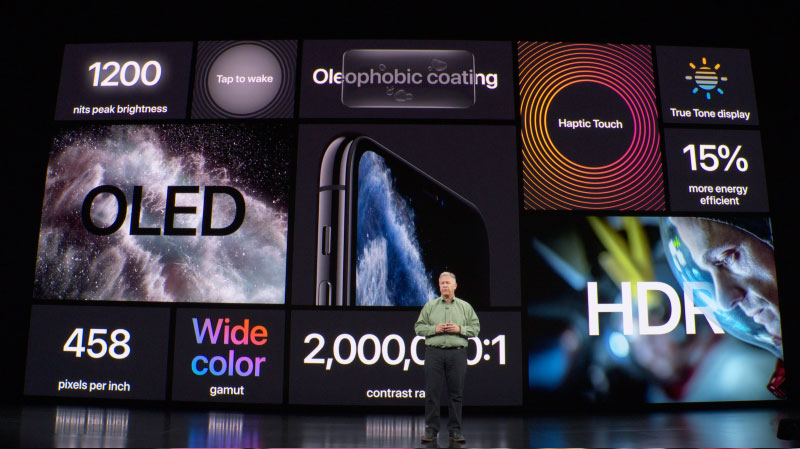 The new iPhones are largely unchanged, with an exception of a larger, more square-shaped camera module on the backside. In terms of size, the iPhone 11 is identical to the iPhone XR, but the iPhone 11 Pro models are a few millimeters larger in every direction if compared to their respective iPhone XS Max predecessor. The iPhone 11 is 8.3 mm thick whereas the Pro models stand at 8.1 mm, just 0.4 millimeters thicker than the earlier ones from the last year. 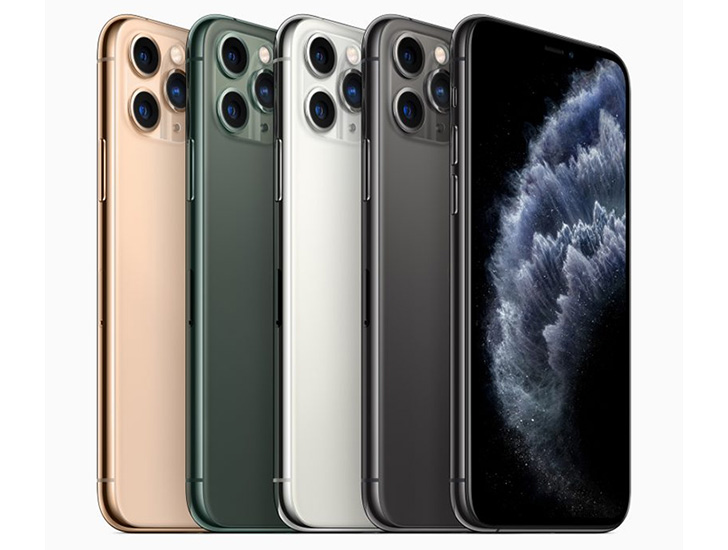 The new iPhone Pro models use a more durable glass, as well as waterproofing, up to a depth of 4 meters, compared with the iPhone XS models and the iPhone 11's 2 meters.

As a new feature in the camera application, the newer iPhones include a separate night mode. In addition, the night time shooting is now 36 percent brighter. 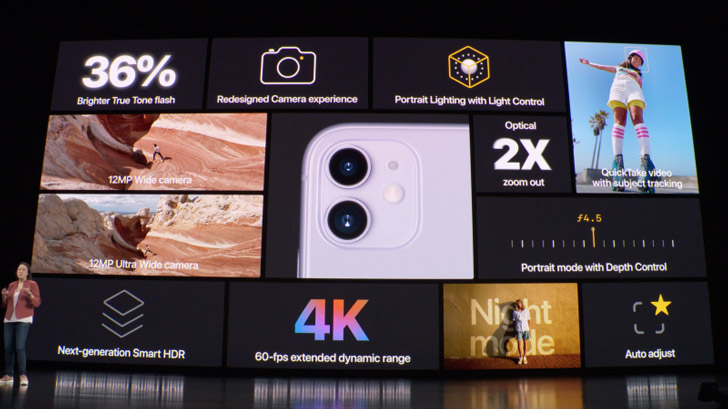 with the updates in the future, portrait mode will also be able to detect pets and activate background blur at the background. Apple has redefined the look of the camera app: Underneath the edges is now a wider preview of the ultra-wide-angle camera. Video stabilization has also been enhanced alongside the video zoom feature. you can now zoom in to target your subject and amplify their specific sounds so that the sound adapts to the subject.

Apart from the main shooter, The Pro models feature both an optical zoom (telephoto) lens and an ultra-wide-angle sensor. All three cameras have a resolution of 12 megapixels. The image stabilizer is also found on the telephoto lens alongside the main camera. Like the iPhone 11, the Ultra Wide Angle Camera also offers a 120-degree angle of view. 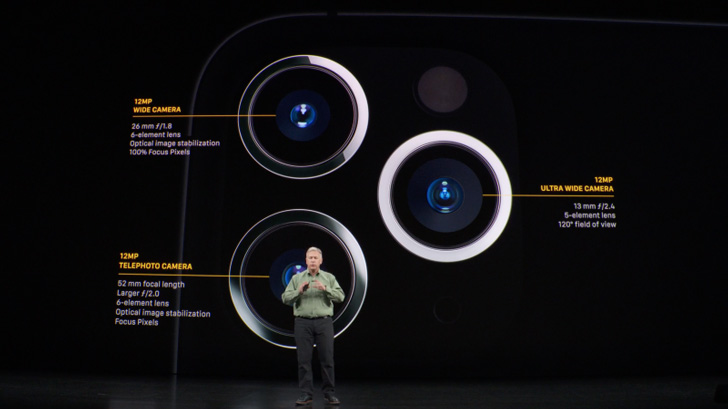 Apple Pro has increased the camera aperture for iPhone Pro models to f / 2.0 from previous iPhone models. Its three cameras now have focal lengths of 13, 26 and 52 millimeters. iPhone Pro models will later receive a new Deep Fusion feature that combines nine images in the background, four short exposure shots, four shots before the shutter-release button, and then a long exposure image, as a software update. The result is a shot with added detail and less noise.

Ever since the iPhone 7, the iPhone had a front-facing resolution of just 7MP. Now it has been upgraded to 12 megapixels selfie snapper with an f / 2.2 aperture. In addition, the front shooter can also capture 4K video at 30/60 frames per second, and also features the slo-mo shooting, for the very first time. 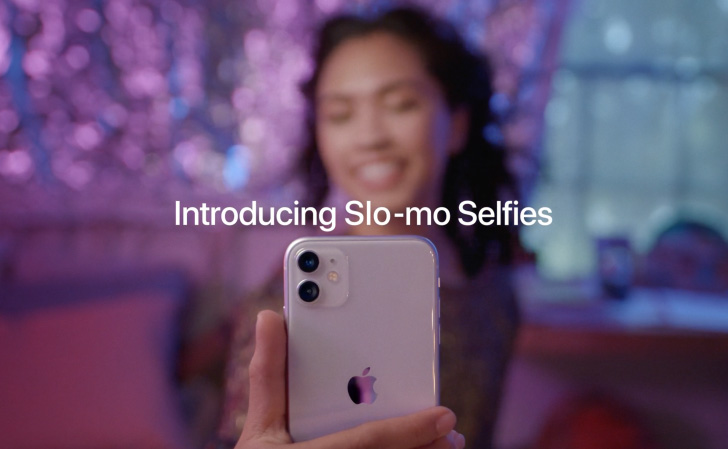 On newer iPhone models, Face Detection on the Face ID feature now works at a wider angle, making it easier to unlock even when your iPhone is on the desk.

An epic performance with the new Apple A13 Bionic system chip

The new Apple A13 Bionic system chip is the one adding power and, according to Apple, its the most powerful chipset seen on smartphones in terms of both basic computing and graphics performance. The A13 Bionic still contains six basic computing cores, being 20 percent more efficient. 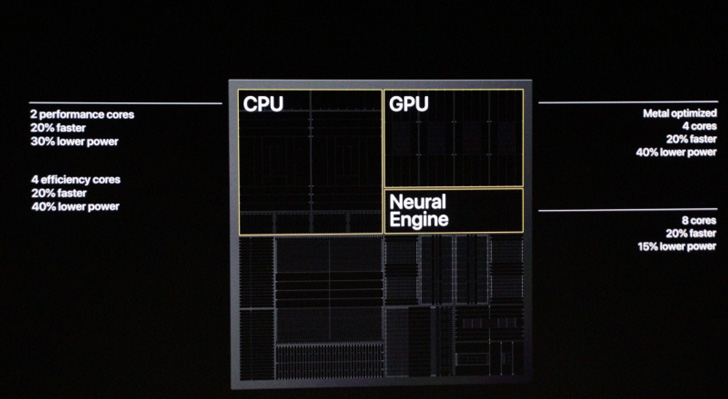 In addition to the Bionic performance improvements, longer battery life is also expected from now a comparatively bigger and higher capacity battery. With the iPhone 11 Pro, Apple is finally shipping the powerful 18-watt quick charger, while the iPhone 11 still has the much familiar 5-watt charger. All iPhone 11 models support wireless charging, along with the reverse wireless charging and all the new iPhone models still use the Lightning connector. 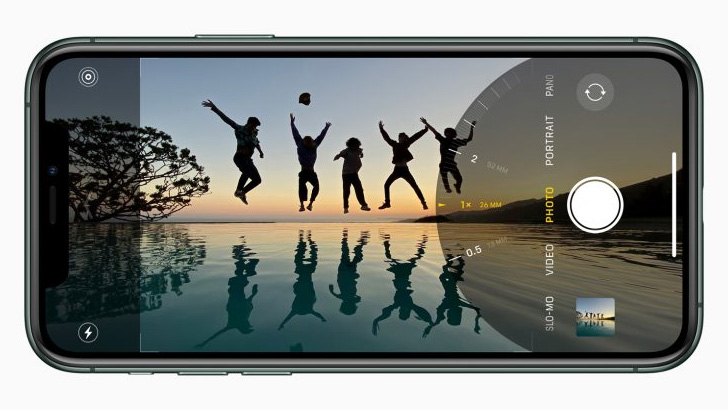 The newer generation of 5G mobile networks are not yet supported by the iPhone 11s and it was already announced to not to expect that from iPhones until 2020. However, 4G connections on the iPhone 11 Pro are now faster. Apple has also added support for the latest Wi-Fi 6 (802.11ax) which is up to 38 percent faster. Also new is the support for two simultaneous Bluetooth connections.

In addition, the new iPhones support the new U1 chip, featuring UWB (Ultra Wideband) technology, which enables more accurate positioning of other devices than previous Wi-Fi and Bluetooth solutions.

For the time being, U1 is being used in conjunction with AirDrop. “You can point your iPhone towards someone else's iPhone, so AirDrop prioritizes that device and you can share files faster. And this is just the beginning, ”says Apple, hinting at possible future releases. Apple has been rumored to release an Apple Tag locator that can be attached to various objects, but this has not yet happened alongside new iPhone models.

New iPhones will be available for global pre-order on Friday, September 13th and shipping will start on September 20th. The price for the basic 64GB variant of iPhone 11 is said to be $699 in the US but it will cost way more in countries like Pakistan.