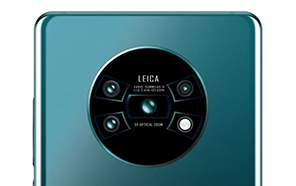 We have already talked about the probability of the Mate 30 Pro coming around with a circular back camera design. In particular, an image got leaked earlier revealing the glass back cover of the phone with a large round hole for the camera sensors. Now, just 48 hours later a new image of the back panel has surfaced that shows the impressive rear camera design of the Huawei Mate 30 Pro. 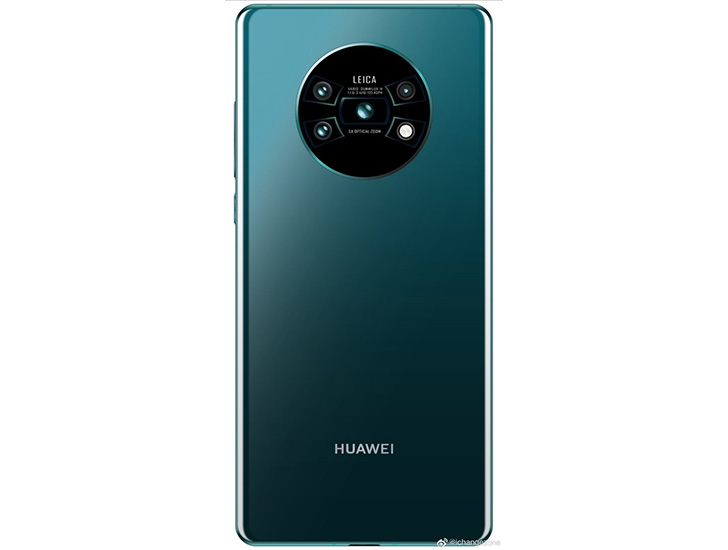 The leaked image was shared by ichangezone, a well-known leakster in China. The post apparently has no caption but the viewers had no trouble figuring out what he was referring to. Also the gradient Emerald green color is quite similar to the one seen on its predecessor, The Huawei Mate 20 Pro.

The image shows the design in great detail, The camera housing comes in a rounded shape and the four lenses along with the LED flash are arranged in such a way that it makes an "X". Despite its new and completely renewed main camera, the Huawei Mate 30 pro continues to keep the Leica collaboration alive. We can clearly see a SUMMILUX-H lens which belongs to Leica and can offer an Optical Zoom of up to 5X. 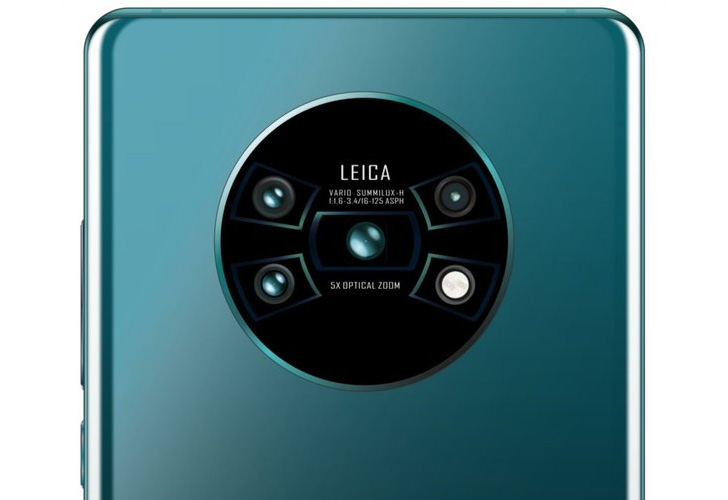 While we can assume the configuration to be one main lens + a telephoto + a wide-angle lens + a ToF (Time of Flight) sensor for depth, we have no information on the megapixels or the detailed camera specs just yet. Beyond the camera and its shape, the back seems to be glass, with rounded corners and curved edges.

As per the previous leaks, we are expecting the Mate 30 pro to arrive with a Kirin 985 chipset, powered by a 4000mAh battery. A variant with 5G connectivity is also expected but that could come later. The launch of the Huawei Mate 30 lite, along with its standard and Pro variants is said to take place between late September and early October. By then, be ready to embrace more leaks.